Trump and Russia: Who's who in the many investigations into 2016's election-meddling

Former national-security adviser Michael Flynn has pleaded guilty to lying to investigators, the first time a Trump White House official has been charged in the ongoing investigation of Moscow's meddling in the 2016 election. But the criminal probe is only one of several going on. Adrian Morrow explains which ones are which and what they've done so far

What is being investigated?

Who is under investigation?

What was that Trump Jr. meeting about again?

Where are the investigations at?

Can Trump be impeached?

It was one of the most jaw-dropping revelations to hit American democracy: The Russian government meddled in last year's U.S. presidential election campaign in a bid to tip the election to Donald Trump. Now, it is the most pervasive threat to Mr. Trump's presidency: Congress and special counsel Robert Mueller are investigating ties between the Trump campaign and the Kremlin, and whether anyone in the President's circle colluded with the Russians.

The FBI-led investigation landed one of its biggest coups on Friday, when Michael Flynn, Mr. Trump's former national security adviser, pleaded guilty to making false statements to investigators. Prosecutors say he falsely told the FBI that he hadn't discussed sanctions against Russia with the country's then-ambassador to the United States when the two met last December.

In his plea deal, Mr. Flynn admitted that Trump transition team officials had a hand in his contacts with the Russians. Mr. Flynn said in a statement that, as part of the plea bargain, he was co-operating with the special counsel, raising the prospect of more Trump officials coming under official scrutiny. But White House lawyer Ty Cobb responded that "nothing about the guilty plea or the charge implicates anyone other than Mr. Flynn."

Mr. Flynn is the fourth person to be charged in the Trump-Russia probe, but the first to have worked in the Trump White House; the others who have faced charges worked only on the 2016 election campaign. The first was former Trump foreign-policy adviser George Papadopoulos, who pleaded guilty on Oct. 5 to making false statements to the FBI. Then came Mr. Trump's former campaign chairman, Paul Manafort, and his former business associate Rick Gates, who were charged in October over their lobbying activities in Ukraine. The two were accused of conspiracy against the United States, conspiracy to launder money and violating federal lobbying laws. Both have pleaded not guilty.

Mr. Trump, who regularly denies that there had been collusion between the campaign and Moscow, has been under investigation himself for his alleged attempts to thwart the Russia investigation, including by firing former FBI director James Comey. But could Mr. Trump really be kicked out of office over Russia? Technically, yes, but it's very unlikely in the short term. Mostly, it depends on what the investigations conclude, whether Republicans keep control of Congress and whether the GOP stands by the President.

"It's the intersection of all three branches of government," said Professor Barbara Perry, director of Presidential Studies at the University of Virginia's Miller Center. "It's a complex process."

What actually happened with Russia? What is being investigated?

There are broadly two things under investigation. One is possible collusion between the Trump campaign and Russia to hack the election. The other is possible obstruction of the investigation by Mr. Trump.

On collusion: Russian government hackers broke into the servers of the Democratic National Committee, downloaded embarrassing e-mails and released them through WikiLeaks in July of 2016. The e-mails showed that the DNC favoured Hillary Clinton over Bernie Sanders during the battle for the party's presidential nomination, a contest in which the DNC was supposed to be neutral. U.S. intelligence agencies concluded that Russia's purpose was to tip the election toward Mr. Trump. Shortly after the hack, Mr. Trump publicly called on Russia to find e-mails from Ms. Clinton's private server and release those, too. Now, Congress and Mr. Mueller are investigating ties between Mr. Trump's circle and the Kremlin, to see if the Trump campaign worked together with the Russian government as it interfered in the election.

On obstruction: On May 9, Mr. Trump abruptly fired Mr. Comey, the FBI director. At first, the White House claimed Mr. Comey was booted because he was doing a bad job running the FBI. But Mr. Trump subsequently told NBC anchor Lester Holt that he axed Mr. Comey because of the FBI's investigation into Russia. "When I decided to just do it, I said to myself I said 'You know, this Russia thing with Trump and Russia is a made-up story,' " Mr. Trump said. At a Senate hearing the following month, Mr. Comey also said he understood his firing to be the result of the Russia probe. Mr. Comey detailed a series of incidents in which Mr. Trump tried to meddle in the investigation: On one occasion, Mr. Comey said, Mr. Trump asked him to "lift the cloud" of the Russia probe hanging over the White House.

Who is under investigation – and what did they do?

Several people who worked on Mr. Trump's campaign are under scrutiny for their contacts with Vladimir Putin's government.

What about Donald Trump?

What was that Donald Trump Jr. meeting about again?

Before Mr. Manafort's indictment, one of of biggest twists in the Trump-Russia affair involved the President's eldest son. This past summer, The New York Times uncovered evidence that in June, 2016, Donald Trump Jr. had met with a Russian lawyer who promised compromising information about Ms. Clinton. In the e-mails leading up to the meeting – which the younger Mr. Trump released on Twitter on July 12 – the British publicist who arranged the get-together said the information would "incriminate Hillary and her dealings with Russia and would be very useful to your father." Mr. Trump says he got nothing from the lawyer but a talking-to about U.S. sanctions, but the fact that he met her at all has raised questions about whether it constitutes collusion with Russia.

These are the people who attended the 2016 meeting at Trump Tower:

Mr. Manafort, Mr. Kushner and the President's son have all spoken to Senate investigators privately since the 2016 meeting came to light.

The FBI began investigating Russian interference in the election campaign in July, 2016, when the DNC's e-mails turned up on WikiLeaks. The probe was originally run by Mr. Comey, until Mr. Trump turfed him on May 9. The resulting outcry ultimately led Deputy Attorney-General Rod Rosenstein to appoint a special counsel, Mr. Mueller, to take over the investigation. Mr. Mueller, a respected former FBI director, will have more independence than Mr. Comey had to conduct the probe, as he does not regularly consult with the FBI's overlords at the Justice Department during an investigation.

Unlike Mr. Mueller's investigation, the congressional probes have fewer investigative resources. But they do have a public component: They can hold open hearings. These events have provided some of the most dramatic moments in the imbroglio so far, including the session at which Mr. Comey accused Mr. Trump of telling "lies," challenged him to release tapes of their conversations and confirmed he had leaked information about his conversations with the President to the media.

Currently, it is unclear how long all of these investigations will take. But depending on what they find, there could be consequences for the people under investigation. Mr. Mueller's probe could end with charges for Mr. Trump's associates, if he finds any crimes were committed. The committee investigations will likely end with reports on what they found. Information uncovered by both processes could determine whether Congress moves forward on impeachment.

Prof. Perry points to the investigations of Richard Nixon and Bill Clinton in forming a rough timeframe: In Mr. Nixon's case, it took a little more than two years from the Watergate break-in to his resignation; in the case of Mr. Clinton, the investigations began shortly after he took office in 1993 and culminated with his Senate trial in early 1999. So somewhere between two and six years is the timeline.

"Two years is about as fast as the American system would allow. And the founders wanted it that way: They didn't want quick action by an authoritarian government," she said.

More reading on the investigators:

Can Trump be impeached? How would that work? 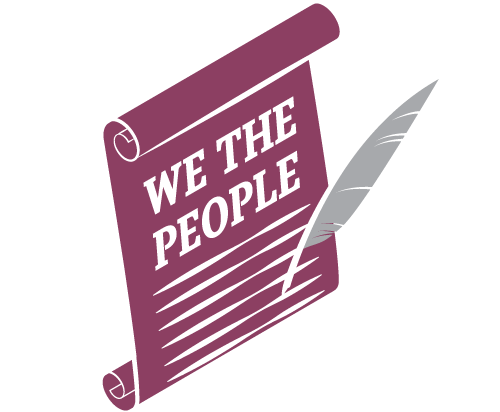 The U.S. Constitution gives broad powers to Congress to remove a president from office: It specifies that the president (and other government officials) can be impeached for “Treason, Bribery, or other high Crimes and Misdemeanors.” Basically, anything that Congress decides constitutes a “high crime” can get a president the boot. 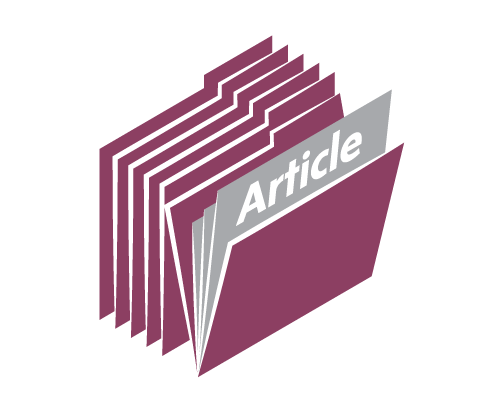 First, the House of Representative has to craft one or more “articles of impeachment.” These are effectively the official accusations of wrongdoing against the president. 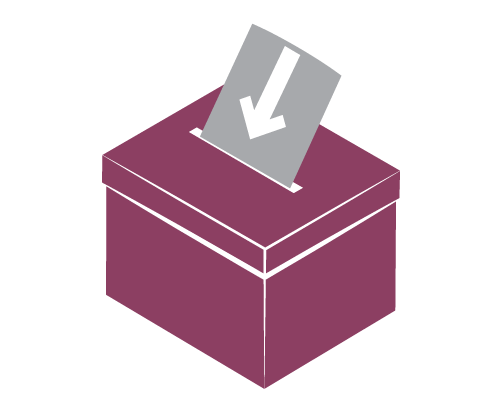 If the House votes, by a simple majority, to pass an article of impeachment, the president is then “impeached,” which roughly means he is formally accused. 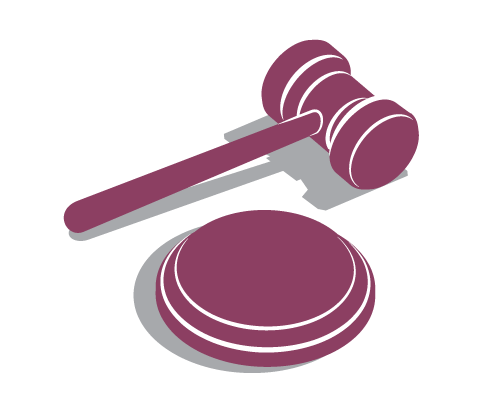 The process moves on to a trial in the Senate. A group of congressmen act as the prosecution, the president and his lawyers can mount a defence and the Chief Justice of the Supreme Court presides. In the end, the Senate must vote on each article of impeachment. It takes a two-thirds majority to convict a president and remove him from office.

Three U.S. presidents have faced impeachment proceedings. Andrew Johnson and Bill Clinton were both impeached by the House but survived votes in the Senate and stayed in office. Richard Nixon resigned while three articles of impeachment were still under consideration by the House.

Mr. Johnson was impeached for firing a cabinet secretary over the Senate's objection; Mr. Clinton was impeached for perjury and obstruction of justice for lying under oath about his extramarital affair with Monica Lewinsky. Mr. Nixon was accused of obstruction of justice, abuse of power and contempt of Congress for trying to thwart investigations into the Watergate scandal and withholding evidence requested by a congressional committee.

The key here is that impeachment is entirely up to Congress. As Gerald Ford once put it: "An impeachable offence is whatever a majority of the House of Representatives considers it to be at a given moment in history."

Barring a Democratic takeover of Congress, Prof. Perry says, Mr. Trump will likely only fall if he becomes vastly unpopular with Republican voters. So far, the GOP has largely closed ranks around him and it seems unlikely they would turn on him unless he began to drag their electability down.

"What would it take to turn these members of the House against him, to say 'Gee, Donald Trump is a big anchor around my neck, and I might lose my seat,' " she said. "What would it take for them to see their political lives flash before their eyes?"

More reading on the impeachment question:

The Constitution specifies that a president can be charged criminally, but it isn't clear whether he could be charged while still in the White House or if this would have to wait until after he has left office. Most legal scholars contend a sitting president cannot be charged; a few disagree.

The Justice Department concluded during the Watergate scandal that it could not charge a sitting president because this would "impermissibly undermine" his ability to do his job. The department reaffirmed this thinking in a 2000 memo.

So, Mr. Trump would most likely not be charged criminally while in office, but could face charges after leaving – if Mr. Mueller finds evidence he did something criminal, that is.

With reports from Associated Press and Globe staff