The record shows that Paul Anka took the blows, but there is only so much a man can take. After agreeing to perform a tailored-for-Donald Trump version of his classic pop hit My Way at a presidential inaugural ball in Washington, D.C., the Ottawa-born crooner has pulled out of the gig, TMZ.com reported on Friday.

"The president-elect is an old friend of mine for 50 years, there was a dialogue to do it," Anka, a naturalized U.S. citizen, told TMZ in a video interview. "But the back story of it is, is that I've been in a custody battle for two years for my son Ethan, and we have a new schedule now and I'm unable to do it."

According to Anka, plans called for him to sing the reflective but unrepentant ballad My Way for Trump and his Slovenia-born wife Melania during a gala's first dance.

Keith's oeuvre includes single-minded singles such as I Love This Bar, Whiskey Girl, Get Drunk and Be Somebody, Get My Drink On, I Like Girls That Drink Beer, Drinks After Work, Drunk Americans and Bullets in the Gun.

The inability to draw top talent to perform at inauguration events would usually be a humbling experience for an incoming president, but Donald Trump is not prone to that sort of self-effacing emotion. Over the past few weeks, a who's-who list of entertainers have either turned down invitations or refuted reports they would perform on Jan. 20. The A-listers include Elton John, Garth Brooks, Andrea Bocelli, Kiss, Charlotte Church, Moby and Canadians Céline Dion and David Foster.

But while many performers have vigorously made clear that they dodid not share Trump's often severe views, the 75-year-old Anka would not get drawn into a political debate. "You got a better chance of getting a sunrise past a rooster on that one," he said, when asked if he agreed with the president-elect's policies.

Anka, who wrote the lyrics to the defiantly proud song made famous by Frank Sinatra, has a history of apolitical choices when it comes to command performances. In 2010, along with Goldie Hawn, Kurt Russell, Kevin Costner, Gérard Depardieu, Mickey Rourke and Sharon Stone, the Having My Baby singer appeared at a benefit gala in St. Petersburg hosted by Vladimir Putin, the sometimes shirtless strongman of Russia.

In fact, at that event Anka dedicated My Way to the authoritarian leader.

In an interview with The Globe and Mail in 2011, the entertainer was unapologetic about his decisions to sing for dictators and other questionable customers. "Do you know what it's like singing Puppy Love to a man?" he asked rhetorically, as he told a story about giving a show to 40 men in Russia once.

"You say 'no' long enough, and then a guy comes in with a suitcase of cash, and the answer is 'yes,' " Anka explained, speaking about whether to accept offers from someone such as the Shah of Iran. "It doesn't matter if it's one man or whether he wants one song or a full concert," he said. "He's a customer, and he's going to be made happy. 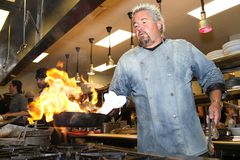 Hillary and Bill Clinton to attend Trump inauguration
January 3, 2017
Follow Brad Wheeler on Twitter @BWheelerglobe
Report an error Editorial code of conduct
Due to technical reasons, we have temporarily removed commenting from our articles. We hope to have this fixed soon. Thank you for your patience. If you are looking to give feedback on our new site, please send it along to feedback@globeandmail.com. If you want to write a letter to the editor, please forward to letters@globeandmail.com.
Comments