President Barack Obama made history this week becoming the first sitting U.S. president to openly support gay marriage – completing his self-described 'evolution' from a position that once described marriage as between a man and woman.

But that is not how many conservatives viewed it. In fact, some senior Republican strategists view Mr. Obama's evolution through an entirely different lens.

One Republican senator described the president's new position as a broken promise. Mitt Romney, who opposes same sex marriage and spent most of the week on the back foot, told Fox News: "You don't change your positions to try and win the states or certain subgroups of Americans, you have the positions you have."

He added: "And as you know, for a long time, I think from the beginning of my political career, I've made it very clear that I believe marriage should be a relationship between a man and a woman.

In other words, Mr. Romney – who was plagued during the Republican leadership race for his 'flip-flops' on abortion and health care – is looking to shift the 'flip-flop' label to his rival.

It is a sore point among Republicans – that Mr. Obama is seen as 'evolving' on issues and undertaking historic decisions whereas Mr. Romney 'flip-flops.'

In an analysis by Brendan Nyhan at the Columbia Journalism Review, which was written just days before Mr. Obama's TV interview on Wednesday, the writer argues that reporters rarely described Mr. Obama's evolving position on same sex marriage as revealing something about his character or psyche.

"If anything, Obama has been faulted not for his shifting views, but for failing to flip on the issue before the election," Mr. Nyhan writes.

In contrast, Mr. Romney's changing positions are framed as raising character questions over his apparent lack of a core set of beliefs – other than those needed to secure the Republican leadership nomination and the White House.

The 'flip-flop' label will be thrown around by both the Obama and Romney campaigns throughout 2012 for the simple reason that it has become a catch-all if a politician is seen as pandering to the public and switching positions when it is politically expedient.

"Usually voters are only impressed by the flip-flopping critique if there is something fishy about the change," explains Professor Paul Quirk, Phil Lind Chair in U.S. Politics and Representation at the University of British Columbia.

"In the 2004 presidential campaign, Democratic candidate John Kerry invited this criticism by his awkward admission: 'Actually, I did vote for the $87-billion [for the Iraq War] Before I voted against it.'"

Mr. Romney is not the only one who has changed positions. "[Barack Obama]said during the 2008 campaign that he would close the Guantanamo Bay prison, and that he was opposed to same-sex marriage," Professor Quirk adds.

"But Romney has moved farther, on more issues, in a shorter time, than any other politician I can recall," Professor Quirk argues.

"And he made the moves under circumstances that make the motivation obvious: When he was the governor of the most liberal state in the country, he was a liberal Republican. When he was campaigning for president and facing an extremely conservative Republican primary electorate, he was very conservative on every issue – taxes, immigration, abortion, health care, and gay rights. It's hard to see any rationale for such a sweeping change, except for the one in a Groucho Marx joke, 'Those are my principles. And if you don't like them, I can change them.'"

The peril of being branded a 'flip-flopper' is very real – and it has faced many U.S. presidents. George H. W. Bush's promise – "Read my lips: no new taxes" – at the 1988 Republican National Convention would come to haunt him.

Politicians must proclaim support for unchanging principles while at the same time "adjusting to the reality of voters' changing whims and the reality of governing," argues Professor Donald Critchlow, a political historian at Arizona State University.

"Good politicians understand this reality. Ronald Reagan, for example, reversed his position of abortion – and only the hard core right held it against him. He raised taxes – and the right forgave him. Why was not he accused of being a flip-flopper?

"The reason for this is simple. He articulated core principles and convinced his followers that he could be trusted. George H. W. Bush, on the other hand, was never fully trusted by conservatives, so when he raised taxes, conservatives deserted him, convinced that he had only proved what they thought all along: he was a closet liberal," Professor Critchlow explains.

In the 2012 general election cycle, the 'flip-flop' label will be a constant, with one candidate accusing the other of trying to change their original position. When Mr. Romney tried to take credit this week for the resurgence of the auto industry, Mr. Obama dismissed it as "one of his one of his Etch-A-Sketch moments."

Between the two candidates, Mr. Romney is the most vulnerable when it comes to the 'flip-flop' label. He will almost-certainly have to change his positions in order to appeal to moderates and independents, argues Professor Quirk.

"He won't have to go all the way back to his Massachusetts liberal days, but he'll have to soften some of his stands very noticeably – for example, his rejection of tax increases for the wealthy, and his hard line on immigration..."

"The flip-flopper label will be a problem for Romney during the fall campaign. Obama and the Democrats will use it, especially when they talk about health care. It can hurt Romney, for different reasons, with both independents and conservative Republicans," according to Professor Quirk. 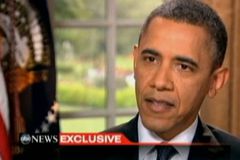 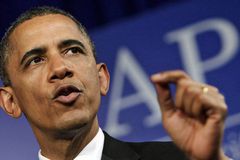