The U.S. presidential campaign heads into the home stretch – the final weekend before Americans vote on Tuesday.

The surprise this week, as it turned out, was a hurricane slamming in to the U.S. east coast – and it sent the presidential campaigns scrambling to respond and strike the right balance.

Presidential campaigns can strategize their next moves and organize their ground troops to mobilize voters – but what happens when a hurricane enters the picture?

This week was a test for both candidates. In the latest installment of the Friday scorecard, our experts weigh how President Barack Obama and Mitt Romney fared.

Heading in to the final weekend of the campaign, national polls show a tie. But battleground polls show Mr. Obama with a narrow lead in Florida, Ohio and Virginia – but trailing in Colorado.

Although today's U.S. jobs report showed a slight uptick in unemployment to 7.9 per cent, the economy added 171,000 jobs – higher than what was forecast.

David Lublin is a professor in American University's department of government in Washington, D.C.

Sandy laid waste to portions of New Jersey and New York but gave Barack Obama the chance to remind Americans of his cool, competent – and most of all, presidential – leadership.

Nothing Mitt Romney could do about it. His campaign was left haplessly collecting cans unwanted by the Red Cross in the Midwest. Further, Sandy highlighted and then forced him to go back on his previous promise to abolish the Federal Emergency Management Agency.

Even worse for the Romney campaign, Sandy blew them off message. Instead of hammering home their critique of President Obama's economic performance, Gov. Romney had to listen helplessly as Republican Gov. Chris Christie, the keynote speaker at the Republican Convention and one of the President's fiercest critics, heaped strong praise on the President's actions.

As we enter the final weekend of the campaign, stats guru Nate Silver gives President Obama an 80.9 per cent chance of victory – up 7.8 per cent from last week.

In political terms, the devastating hurricane gave the week to Mr. Obama. The only question is how large a bump he will gain, and whether it will last until next Tuesday.

The storm was the "October surprise" feared by Republicans, without even the usual opportunity to cast suspicion on the president. It will certainly help Mr. Obama. Americans rally around the president, as well as other office-holders, in times of crisis. Specifically, research shows that governors benefit electorally from natural disasters in their states. And those disasters rarely have the impeccable timing of Hurricane Sandy, peaking one week before the election.

In responding, Mr. Obama showed a proper sense of urgency, led a generally competent governmental effort, and reaped the benefits of substantial prior investment in emergency management. He was rewarded with massive favourable attention.

Republicans helped. Mr. Obama had President Bush to thank for the lessons of Hurricane Katrina. New Jersey Republican governor Chris Christie abandoned all partisan hedging in his fulsome praise of the president's efforts. Meanwhile, Mr. Romney was forced to spend time denying that he would eliminate the Federal Emergency Management Administration (FEMA), and pointing out that he had never exactly said that he would do so.

Mr. Romney can hope, nevertheless, that the effect on Obama's support will be small and fleeting outside of New York and New Jersey, the most severely affected states. Only one swing state, Virginia, is fairly certain to register potentially critical hurricane-related gains for Mr. Obama.

The final employment report before the election, released this morning, gives each side something to say, but it does more good for Mr. Obama. Unemployment is up 0.1 per cent, but only because many formerly discouraged workers saw brighter prospects and re-entered the job market. The economy added 171,000 jobs in October, 50,000 more than expected.

Going into the final weekend of the campaign, Mr. Obama's worry and Mr. Romney's basis for hope is that the election is still too close to call with any certainty.

Almost everything went right for Obama this week. He appeared presidential in dealing with Hurricane Sandy and even got some bipartisan praise from New Jersey's governor, Chris Christie.

This showed that Obama can work across the aisle and bolstered his central platform that the federal government can, at times, be an important force for good. Hurricane Sandy also halted the final week of the campaign, removing Romney from the spotlight and stopping whatever momentum he had left.

The Friday jobs report helped to show that the economy is still churning slowly in the right direction.

At this point, the race is a virtual dead heat, and the final weekend promises to be an intense sprint to the finish filled with countless ads and stump speeches across the country's swing states.

Obama has the edge in terms of Electoral College votes – there are simply more pathways to victory for Obama than for Romney – but the race is not over yet. It looks like it might be a photo finish with Obama winning by a swing state.

Heading toward the finish line of the ultra-marathon election, the two candidates are finishing strong in a tight race. Mitt Romney and Barack Obama assumed appropriate roles in the immediate wake of Hurricane Sandy as they suspended campaigning. Mr. Obama showcased his leadership skills as he oversaw the government's response. Mr. Romney worked on relief for victims, which conveyed his humanity.

Mr. Obama gained some unlikely fans as a result of the storm in the Republican governor of New Jersey, Chris Christie, and New York Mayor Michael Bloomberg. In formally endorsing Mr. Obama, Bloomberg put the issue of climate change, which he feels was responsible for the storm, on the agenda. He criticized Mr. Romney's record on the issue, a sentiment which some voters have echoed as the candidates returned to the campaign trail.

Conventional wisdom dictates that presidential debates rarely have lasting effects, but there is increasingly evidence that the first debate changed the dynamic of this campaign. A study just released by the Project for Excellence in Journalism shows that media coverage of Romney after the first debate became more favorable, while treatment of Obama was more negative.

Following the debate, Mitt Romney, or the "Comeback Kid," as he has been dubbed by pundits, almost seemed like a different candidate with a tougher, more focused message that seems to be resonating with voters.

As the campaign goes into its final 100 hours, Americans are as exhausted as the candidates. The four-year old in this viral video posted by Slate pretty much sums up what many Americans feel about this election: We are so tired of the campaign that we could cry.

You decide: Obama or Romney: Who won the final week?
November 2, 2012
new
Beating the odds? Why Mitt Romney may just pull out an improbable win
November 1, 2012 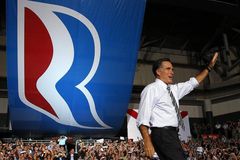 U.S. election scorecard: Hollow debate win for Obama since Romney is ‘very much in the game’
October 26, 2012 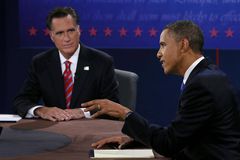