The government shutdown is over – now fasten your seat belts.

On Monday, lawmakers in the United States approved a stopgap measure that will reopen the federal government after a three-day shutdown. But the deal only funds the government through Feb. 8, setting off a new race to resolve a deepening divide over immigration.

In the short run, Democrats stepped back from their demand that Republicans immediately find a way to legalize the hundreds of thousands of undocumented immigrants brought to the country as children and known as "Dreamers."

Opinion: The art of the deal? Trump presides over ultimate government dysfunction

In exchange, Republican Mitch McConnell, the Senate Majority Leader, promised to open debate on a bipartisan immigration bill addressing the Dreamers before government funding runs out on Feb. 8.

The next 17 days will be crucial for both parties and for President Donald Trump. Unlike previous shutdowns, the recent funding crisis did not revolve around a dispute over the size or role of government. Instead, it exposed divisions over who can become an American and how.

Such questions carry an emotional charge for voters of both parties. Some Republicans embrace Mr. Trump's nativist rhetoric and his calls to limit both legal and illegal immigration. For Democrats, meanwhile, the issue of supporting immigrants has become increasingly central to their party's identity.

Now, lawmakers have a little more than two weeks to achieve what has eluded them for months: a deal to protect the Dreamers in exchange for border-security measures, including a barrier on the border with Mexico.

Experts said they could conceive of such a compromise passing the Senate, but the real obstacles are in the House of Representatives and the White House. Mr. Trump's negotiating strategy on this issue has been erratic: He first embraced then later rejected a bipartisan immigration deal.

"I am pleased that Democrats in Congress have come to their senses," Mr. Trump said in a statement on Monday. "My administration will work toward solving the problem of very unfair illegal immigration. We will make a long-term deal on immigration if, and only if, it's good for our country."

Chuck Schumer, the senior Democrat in the Senate, said Mr. Trump was uninvolved in finding a way out of the impasse over the weekend. "The great deal-making President sat on the sidelines," Mr. Schumer said when announcing the agreement to end the shutdown. He added that he had made a "generous" offer to Mr. Trump on funding for a border wall in exchange for protections for Dreamers, but the President "still turned away."

Immigration advocates and progressive activists were furious at what they considered a surrender by Democrats. "For a minute it felt like they were standing for us," Erika Andiola, an activist who is herself undocumented, wrote on Twitter. "It's been 17 years! 17 years of inaction, deportations, waiting, hope, disappointment." (The DREAM Act, which gave Dreamers their label and sought to legalize their status, was first introduced in 2001 but never enacted.)

Privately, some Democrats worried about how voters would apportion the blame for the shutdown. Preventing the government from functioning properly was also an uncomfortable position for a party that considers itself pro-government. The past two shutdowns – in 1995 and 2013 – involved Republicans facing off against a Democratic president, first over broader government spending and then over funding for the health-care law known as Obamacare.

Molly Reynolds, a fellow at the Brookings Institution in Washington and an expert on Congress, said she could envision the Senate ratifying an immigration compromise in the coming days, but that such a measure would meet stiff resistance from some Republicans in the House of Representatives.

Normally, that is when a President would step in, using his influence to help members of his own party overcome internal policy divisions. But Mr. Trump "has just been really ineffective at that on this issue," Ms. Reynolds said. It is possible that on Feb. 8, lawmakers could end up where they started, with no viable way forward on immigration and Democrats threatening to withhold approval for government funding.

The talks in the coming days will be shadowed by the memory of past failures. Both in 2006 and 2013, lawmakers attempted to pass a broad overhaul of the immigration system, first under president George W. Bush and then under president Barack Obama. Both times, the efforts collapsed.

Reaching a deal on immigration policy is "more difficult today than it was" under previous presidents, said Carlos Gutierrez, who served as Mr. Bush's commerce secretary and was deeply involved in prior negotiations. The extreme positions in both parties have become more pronounced, he said.

Experts say that the dividing line between the two parties is no longer so much a question of economic policy as issues of identity. Under Mr. Trump, the Republican Party has largely embraced a nationalist message squarely aimed at white voters. Meanwhile, the Democratic Party has become the natural home of minority voters and educated urbanites repelled by Mr. Trump's message.

"The central challenge of governing in this moment is that you have two parties that are more and more caught up by the question of what is American identity," said Lee Drutman, a senior fellow at the Washington-based think tank New America. "That creates more and more zero-sum issues."

Both parties now view immigration as a "core motivating issue for their base," Mr. Drutman said. "That's something new about our politics."

Trump Year One: The highs and lows of a tumultuous presidency
November 7, 2017 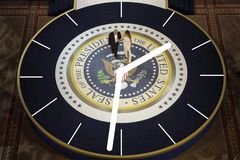 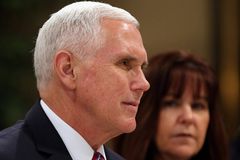 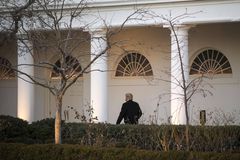