Thirteen Russians led by an oligarch close to President Vladimir Putin are accused of interfering in the 2016 U.S. election, running a wide-ranging campaign to help Donald Trump defeat Hillary Clinton.

The group, charged with a raft of fraud and conspiracy offences by special counsel Robert Mueller, operated under the aegis of the Internet Research Agency LLC. Posing online as Americans – often using the stolen identities of real people – they built scores of political agitation groups on Facebook and Instagram, bought online advertising and created social-media accounts to push their message, according to an indictment unsealed on Friday.

The Russians even organized pro-Trump campaign rallies in New York, Florida and Pennsylvania without leaving their computers halfway around the world. Co-ordinating with "unwitting" Trump campaign organizers and volunteers to stage events, they funnelled Russian money into local groups supporting the candidate – in one case hiring a Clinton impersonator in a prison outfit at a protest.

Although the Russians are unlikely to ever face justice in the United States, the accusations detail for the first time the sheer scale of the Kremlin-connected meddling, which allegedly involved hundreds of people working in shifts for a well-organized campaign. They also offer a rare glimpse at how cloak-and-dagger subterfuge works in the modern Internet era.

"Russian conspirators want to promote discord in the United States and undermine public confidence in democracy," U.S. deputy Attorney-General Rod Rosenstein told reporters. "We must not allow them to succeed."

Mr. Mueller is probing foreign election meddling and accusations of collusion between members of Mr. Trump's inner circle and Moscow. He has already indicted four people connected with the U.S. President, including two who have pleaded guilty to lying to investigators about their contacts with Russian operatives.

On Friday, Mr. Trump insisted his campaign had nothing to do with the Russians now under indictment.

"Russia started their anti-U.S. campaign in 2014, long before I announced that I would run for President. The results of the election were not impacted," he wrote on Twitter. "The Trump campaign did nothing wrong – no collusion!"

Mr. Mueller's indictment portrays the Internet Research Agency as a highly professional operation, with departments specializing in everything from graphics to data analysis. The company's funding allegedly came from Yevgeniy Prigozhin, an oligarch nicknamed "Putin's cook" because one of his companies supplies food for high-level Kremlin meetings.

In addition to Mr. Prigozhin, the indictment names several of the company's employees, ranging from top executives to front-line workers who ran the fake social-media accounts. One man in the United States, Richard Pinedo, pleaded guilty to selling bank accounts to foreign clients.

The Internet Research Agency started directing its attention to the presidential election in 2014. In June of that year, two employees travelled to the United States to gather intelligence. Once back in St. Petersburg, they got to work: The firm allegedly created online political groups with themes ranging from immigration to Black Lives Matter to Southern separatism.

Using the accounts, as well as paid online advertisements, the operatives pushed messages supportive of Mr. Trump and Senator Bernie Sanders, Ms. Clinton's rival for the Democratic nomination. One ad declared Mr. Trump would "defeat terrorism," while another said Ms. Clinton "is a Satan" and accused her of vote-rigging. Accounts purporting to belong to black activists encouraged black voters to not vote or support Green Party candidate Jill Stein.

Mark Simakovsky, senior fellow at the Atlantic Council think tank, said he believed Mr. Mueller made the information public to put pressure on people not yet indicted and send a message to Russia ahead of midterm elections this fall.

"It does highlight a pretty broad-reaching plan over the course of years to undermine the election," Mr. Simakovsky said. "This sends a pretty clear warning that the U.S. is aware of what it happening … and, hopefully, acts as a deterrent."

Despite the seriousness of the interference, the Russian troll masters still found time for fun – including an elaborate ruse to wish Mr. Prigozhin well on his birthday in 2016.

Using one of the company's social-media accounts, the indictment says, Internet Research Agency employees used "false pretenses" to persuade an American they met online to pose in front of the White House with a sign. It read: "Happy 55th Birthday Dear Boss." 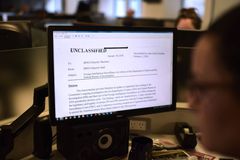 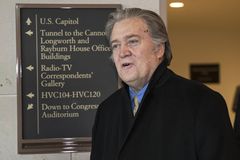