A Supreme Court ruling upholding Barack Obama's health-care law vindicates the President at the outset of an election campaign and makes a Republican promise to repeal the landmark legislation a focal point of the race.

On Thursday, the U.S. top court validated Mr. Obama's efforts to address the ballooning ranks of Americans without health coverage, even if not exactly in the way the President had asked it to. It ruled that the government can impose a tax penalty on Americans if they refuse to comply with the health law's requirement that they purchase coverage.

The decision allows the Obama administration to proceed with the implementation of the health-care law, which aims to bring millions more Americans under the insurance umbrella by 2014. The working poor will get subsidies to purchase insurance, while the threat of tax penalties will serve as a strong incentive for all others to buy it.

The court ruling enables Republicans to cast "Obamacare" as a tax grab. But the imprimatur of the top court also provides new legitimacy to Mr. Obama's signature domestic legislation. Voters will now be called on to choose sides.

The Supreme Court, a visibly satisfied Mr. Obama said shortly after the ruling, "reaffirmed a fundamental principle that here in America – in the wealthiest nation on Earth – no illness or accident should lead to any family's financial ruin."

While a clear victory for Mr. Obama, the court decision also promises to galvanize the Republican base and the Tea Party movement, which itself sprang from the mid-2009 protests surrounding Mr. Obama's health-care proposals.

Republicans insist "Obamacare" is an assault on individual liberty whose subsidies will cost American taxpayers trillions of dollars in coming decades. The court ruling puts the fate of the President's health-care law back in voters' hands.

"What the court did not do on its last day in session, I will do on my first day as president of the United States: I will act to repeal 'Obamacare,' " Republican nominee Mitt Romney vowed minutes after Chief Justice John Roberts handed down the court's 5-to-4 verdict.

Politicians have debated how to deal with the millions of Americans without health insurance for more than half a century. Conservatives have insisted the government has no business getting involved. Liberals have pushed for a public system like Canada's.

Mr. Obama spent the first part of his presidency trying to find a middle-ground solution. His health legislation promised to bring more than 30-million uninsured Americans onto the insurance rolls and relieve the United States of its inglorious distinction as the only developed nation without near-universal health coverage.

A negative verdict from the court would have been devastating for Mr. Obama, calling into question his decision to expend so much time and political capital during the first 18 months of his presidency on health care, when job creation was the top concern of voters.

But while the court ruling was greeted with elation at the White House, it also created a new challenge for Mr. Obama's campaign strategists by calling the penalty a "tax."

A majority on the court rejected the central argument of Obama administration lawyers that the federal government's authority to regulate interstate commerce gives it the power to force Americans to purchase health insurance. Instead, the court said it is the government's unlimited power to impose taxes that enables it to financially penalize those who refuse to purchase health coverage.

"The framers [of the Constitution] gave Congress the power to regulate commerce, not compel it," Chief Justice Roberts wrote. "The requirement that certain individuals pay a financial penalty for not obtaining health insurance may reasonably be characterized as a tax. Because the Constitution permits such a tax, it is not our role to forbid it, or pass upon its wisdom or fairness."

Republicans immediately seized on the court's nomenclature and moved to characterize the health-care law as a massive new tax on the middle class.

Mr. Obama and other Democrats had systematically refused to use the "t" word to describe the penalties imposed under the legislation. Taxes are politically unpopular and Mr. Obama, who has presided over the biggest budget deficits in U.S. history, has struggled to slough off GOP charges that he is a "tax-and-spend" President.

The Supreme Court also cast a pall over a separate aspect of Mr. Obama's health-care reform by ruling that the federal government cannot force states to expand their Medicaid programs to cover more poor people. Medicaid is a shared-cost program that provides basic health-care coverage for the most indigent Americans, most of them children.

The Medicaid expansion, which was to be entirely financed by Washington in its initial phase, was to provide coverage for an additional 15-million Americans currently without health insurance. That expansion is now in limbo, and with it the fate of almost half of the uninsured "Obamacare" proposed to cover.

In upholding the hallmark legislation of Mr. Obama's presidency, the Supreme Court has effectively recast the American social contract to include ensuring health care for all as a pursuit well within the purview of the federal government.

"The fact that the Supreme Court has upheld the constitutionality of Congress doing that is terribly important for the United States," said Holly Fechner, a government-relations lawyer in the Washington firm of Covington & Burling. "There now is a way to move ahead and provide broad health-care coverage for millions of Americans that people were not sure existed before."

Fast and the furious: A day of vicious partisan battle in Washington
June 28, 2012 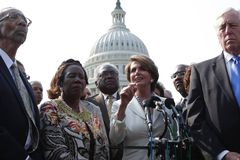 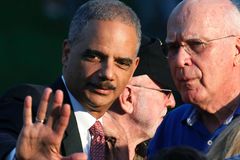 What the court ruling means for Americans’ access to health care
June 28, 2012 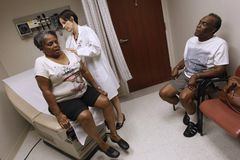 How a U.S. Chief Justice bucked conservative tradition to back Obama
June 28, 2012 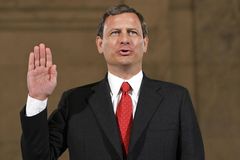