Barack Obama is trying to put the botched rollout of his signature health care law behind him: The troubled website is now working, the federal insurance exchange has reported a modest uptick in enrolment since October and the U.S. president is now seeking to "rebrand" his signature legislation for resale to a wary American public.

But Republican opponents of the Affordable Care Act have hardly abandoned their fight. They have simply shifted course, reaching beyond the Beltway with a new strategy to destroy Obamacare by undermining it – state by state.

The plan emerged out of the three-day summit of the American Legislative Exchange Council (ALEC), a powerful network of big business and Republican politicians who work together to draft what ALEC calls "model bills" – boiler-plate legislation reflecting its right-wing agenda – that are introduced by friendly lawmakers in state legislatures across country.

The health care act is a federal law, but ALEC has identified several areas where changes in state laws – those that regulate insurance companies and administer health care for the poor, for instance – could undermine it or prevent it from operating as intended. Opponents of Obamacare see this grassroots strategy as the best available in states where Republicans are in the majority.

The state-power flavour of ALEC came through in a speech by one of the conference's keynote speakers, Republican Senator Ted Cruz.

Two months ago, the smooth-talking Texan's fight to block the health care law, by linking its funding to the passage of the budget, forced a calamitous 16-day shutdown of the federal government. "This is a room full of patriots who are fighting for this country," he told the ALEC members. "You are fighting on the front line for a time where there is such a need to defend liberty in this country … Each of you is leading this fight in your respective states."

ALEC says it has about 1,500 paying members, predominantly Republican state legislators who have introduced more than 1,000 bills based on ALEC models each year for the past few years. The group's standardized bills have already been passed in many states, with the effect of eroding labour unions, diluting environmental regulations and tightening voter identification rules.

Obamacare is now its top priority, with bills already under consideration in several states that would prevent it from operating as intended.

"Obamacare is a big deal for the people in this room. A huge deal," said Linda Upmeyer, the chairwoman of ALEC and the Republican House majority leader in Iowa, speaking of the conference audience. "Our position is, let the states, let the local folks decide on what is best for their state," she said.

To that end, ALEC has written draft laws that would essentially strip health insurers of their state licences if they receive subsidies by doing new business on the federal health insurance exchanges that form the backbone of the Affordable Care Act. ALEC says its aim is to shield businesses from the "employer mandate," which penalizes employers with more than 50 workers that fail to offer sufficient coverage for their employees.

If states were to pass similar legislation en masse, the effect would be disastrous for implementation of the national health insurance program, according to Christina Coreiri, an analyst with the right-wing Goldwater Institute, who worked with the task force to draft the legislation and attended this week's conference.

Bills with similar wording to that in the ALEC model are already making their way through the Ohio and Missouri state legislatures.

"If we can move this bill forward I think we have a good chance of protecting Ohio from [Obamacare]," said Andy Thompson, the state representative who introduced the ALEC-drafted Healthcare Freedom Act in March and is an ardent supporter of ALEC. He was blunt about his objective. "The end goal is to stop Obamacare from being implemented in Ohio," he said.

Another ALEC resolution urges states to reject the expansion of Medicaid, a joint federal-state health care program for the poor, which is central to Mr. Obama's hopes to extend insurance coverage to 48 million uninsured Americans.

The Medicaid terms of the national health insurance law were meant to be enticing to states. Washington would cover 100 per cent of the cost of new users for the first three years, and 90 per cent after that. Insurance companies and hospitals were counting on the expansion of Medicaid to support the cost. The Supreme Court, though, ruled last year that states can opt out of Medicaid expansion, and that has given opponents of Obamacare a way to undermine the law by refusing to sign on.

Blocking Medicaid has now become another of ALEC's top priorities. It offered legislators at its Washington summit detailed advice on how to do that at the state level, suggesting lawmakers should use whatever means they had.

On Obamacare, ALEC supporters have come into direct conflict with more moderate Republicans, such as Ohio Governor John Kasic. He accepted the Medicaid expansion in his state in defiance of rightwing opponents.

John Adams, an Ohio state legislator at the ALEC convention, had one piece of advice to his fellow Republican lawmakers who are seeking to block the program in their states. "Fight and think dirty," he said. "You've got to think dirty." 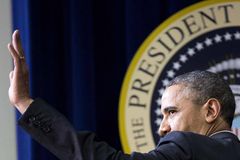 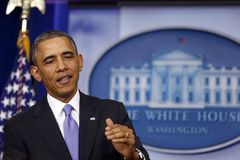 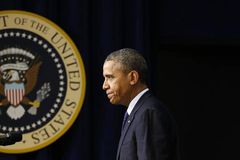 Poll reveals who would win if Obama and Romney faced off today
November 19, 2013 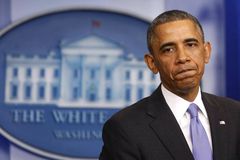