They are the prudish and eccentric billionaires behind Hong Kong's largest property firm who played a major role in transforming Vancouver's skyline with a series of luxury condominiums. Devout evangelical Christians, they are the co-heads of a family business empire that is among the most powerful in Asia, but has also been plagued by vicious infighting and a bizarre kidnapping that caused a shift in control of a fortune estimated at more than $18-billion (U.S.). Now, brothers Thomas and Raymond Kwok are facing possible prison time after being charged with bribing one of Hong Kong's top government officials in what is the biggest corruption scandal to hit Asia's financial capital in years.

The Kwok brothers made a brief court appearance Friday to face allegations from Hong Kong's Independent Commission Against Corruption that they paid $4.5-million in bribes to the city's former chief secretary, Rafael Hui, in exchange for information on pending land sales. Mr. Hui, who as chief secretary was Hong Kong's second-most senior government official between 2005 and 2007, was also charged.

House prices in Hong Kong are among the most expensive in the world and the exorbitant property values have long been a significant source of tension between the city's poor and its wealthy elite. The city has thrived as a financial hub for Asian business, in part because of its reputation for being relatively free of corruption and avoiding the often overly cozy relationships business leaders and government that is prevalent in much of Asia. That reputation is now in jeopardy with the high-profile graft case that follows a separate investigation of Donald Tsang, Hong Kong's former chief executive, who is alleged to have accepted yacht trips and other favours from local tycoons.

Among Hong Kong's small group of wealthy developer families, Thomas Kwok, 60, and his brother Raymond, 59, seem an unlikely duo to become mired in a shocking corruption scandal. The Kwoks' public persona has been that of a deeply religious family whose actions have been driven by strongly conservative principles. In Hong Kong, the Kwoks funded the construction of a 450-foot Noah's Ark replete with 70 pairs of glass-fibre animals and a rooftop luxury hotel. Thomas Kwok has said the idea for the theme park, which opened in 2009, is to promote "positive values." He also spearheaded efforts to establish a church on the 75th-floor atrium of one of Hong Kong's biggest towers called Central Plaza.

As co-chairmen of Sun Hung Kai Properties, the Kwok brothers have amassed a family fortune that is the second largest in Hong Kong behind that of Li Ka-Shing, Asia's richest man. The Kwok family is responsible for developing dozens of prestigious Hong Kong addresses that include shopping centres, apartment buildings and the city's three tallest office towers. They have sculpted the iconic harbour skyline.

But they also have deep ties to Canada. Through their Canadian subsidiary, Aspac Developments Ltd., the Kwoks helped transform the once industrial area of Coal Harbour into downtown Vancouver's most expensive neighbourhood. Between 1993 and 2012, Aspac built eight luxury condominium towers in a pair of Coal Harbour developments called Waterfront Park and Harbour Green. The company is also behind a 17-storey tower on the campus of the University of British Columbia. In 2008, Aspac purchased 11 hectares of land next to the Richmond Olympic speed-skating oval for $141-million and is now developing a 2,600-unit, luxury riverfront community on the land. Aspac was also a major sponsor of the British Columbia-Canada House pavilion at the 2008 Summer Olympics in Beijing.

When family patriarch, Kwok Tak-Seng, died in 1990, Thomas and Raymond's brother, Walter, took over as chairman of Sun Hung Kai. However, in 1997, Walter Kwok was kidnapped by an infamous Chinese gangster known as "Big Spender" Cheung Tze-keung. The gangster reportedly kept Walter Kwok in a box for a week in Guangdong province in southern China before the family paid a ransom of $78-million (Canadian) and he was released. (Mr. Cheung was later captured by Chinese police and executed.)

Deeply scarred by the ordeal, it took Walter Kwok years to return to the chairman role. In 2008, with the support of their then 79-year-old mother, the younger brothers, Thomas and Raymond, ousted Walter from the chairmanship by claiming he was mentally unstable and unfit for the job. There have also been reports that the family was infuriated that Walter had allegedly committed adultery.

Walter, however, claimed that he was forcibly removed as chairman because he had questioned the family company's corporate governance and wanted to investigate certain transactions.

Leaving court on Friday, Raymond Kwok delivered a statement saying, "I firmly believe I haven't done anything wrong. The Hong Kong judicial system is very fair. I will do my best to defend myself against those accusations. My goal is to prove my innocence." 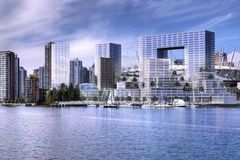 Too close for comfort in Vancouver condo market
June 22, 2012 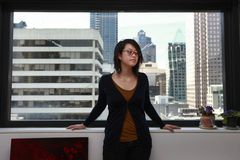 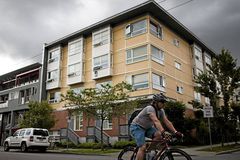 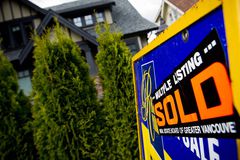 Follow Andy Hoffman on Twitter @iamandyhoffman
Report an error Editorial code of conduct
Due to technical reasons, we have temporarily removed commenting from our articles. We hope to have this fixed soon. Thank you for your patience. If you are looking to give feedback on our new site, please send it along to feedback@globeandmail.com. If you want to write a letter to the editor, please forward to letters@globeandmail.com.
Comments are closed