The foreign ministers of Colombia and Venezuela promised to jointly combat crime along the border following talks to calm a dispute caused by the closure of a major border crossing and a weeklong crackdown on smuggling forced thousands of migrants from their homes.

Diplomats left Wednesday's meeting in Cartagena, Colombia without announcing a decision to reopen two major checkpoints or end a wave of deportations from Venezuela. They only said that officials from the two countries would talk in the coming days to form a joint plan for border security.

Even as the talks were taking place, across the border scores of Colombians packed their belongings into suitcases and prepared for an army escort out of Venezuela, joining the estimated 1,000 of their compatriots who have already been deported and the estimated 5,000 who voluntary left for fear of reprisals.

In the Colombian city of Cucuta, migrants, some of whom crossed a knee-deep river with their life's possessions on their backs, complained of mistreatment by Venezuelan security forces and anxiety about the future after, in some case, living outside of their homeland for years. Residents of one riverside shantytown reported having their homes raided and being given 72 hours to pack up and leave by Venezuela's army.

Colombian President Juan Manuel Santos offered to help those returning find jobs during a visit to one of five emergency shelters in Cucuta overrun with deportees. He also promised a subsidy of about $80 to help them land on their feet.

"Our deported aren't paramilitaries, they're poor families," Santos said in a sharp rebuke of his Venezuelan counterpart, Nicolas Maduro, who has stepped up attacks on migrant gangs he blames for rampant crime and widespread shortages.

While some 5 million Colombians live in Venezuela, the security offensive has focused on a few towns near the volatile border that has long suffered the spillover effects of Colombia's half-century civil conflict and its status as the top supplier of cocaine to the U.S.

The crisis was triggered a week ago when gunmen Maduro claimed were paramilitaries linked to former Colombian President Alvaro Uribe shot and wounded three army officers on an anti-smuggling patrol.

The socialist leader has vowed to keep two normally busy international bridges closed, and possibly extend restrictions to other transit crossings until Colombian authorities help bring order to the porous, 1,400-mile (2,200 kilometre) border. A state of emergency allowing the government to restrict peoples' movement for up to 60 days has been declared in six cities.

Outside of Venezuela, the crisis being felt most intensely in Cucuta, where thousands of families depend on a thriving black market. On Wednesday long gas lines formed as curbside vendors who openly sell fuel purchased in Venezuela for less than a penny a gallon were nowhere to be found. During his visit Santos ordered gas stations to remain open 24 hours to prevent shortages.

In stoking conflict with Colombia, Maduro is borrowing a page from the playbook of former President Hugo Chavez, who frequently clashed with Uribe when both were in office.

On both sides of the border, the nationalist rhetoric is on the rise. In Bogota on Wednesday, Uribe led 300 people in a march to Venezuela's consulate to denounce what he said were Maduro's Nazi tactics. Meanwhile Venezuelan officials called for Friday in Caracas a march against paramilitaries to rally support for Maduro's campaign.

Maduro has angrily denied the denunciations of mistreatment, saying that Venezuelans are unfairly paying the price for Colombia's disregard of its poor. In recent decades, many Colombians have moved to Venezuela, either fleeing from conflict or seeking better opportunities in an oil rich country that was long the wealthier of the two.

"Santos has the gall today to seek respect for Colombians. Who is treating Colombians with disrespect? Those that expel them from their country, deny them work and housing and don't provide education?" Maduro said on state TV late Tuesday.

As if to emphasize the point, Santos in a speech earlier Tuesday to a group of former presidents from the world ran through a long list of economic and crime statistics, everything from projections Venezuela's economy will shrink 7 per cent this year to comparisons with war zones like Afghanistan and Syria.

"Venezuela's problems are made in Venezuela, they're not made in Colombia or other parts of the world," Santos said. 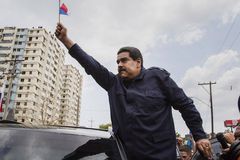 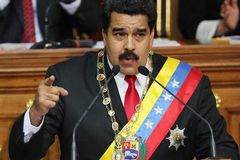 Plane from Venezuela carrying more than a ton of cocaine crashes off Colombia’s coast
May 21, 2015
Report an error
Due to technical reasons, we have temporarily removed commenting from our articles. We hope to have this fixed soon. Thank you for your patience. If you are looking to give feedback on our new site, please send it along to feedback@globeandmail.com. If you want to write a letter to the editor, please forward to letters@globeandmail.com.
Comments