Former bus driver and union leader Nicolas Maduro followed a simple strategy when he filled in for cancer-stricken Venezuelan President Hugo Chavez over the past three months: copy his boss's policies, his style and even his fierce rhetoric.

Now that Chavez is dead, Maduro will almost certainly stick with the same approach as he tries to win a presidential election and inherit Chavez's self-styled socialist revolution.

Maduro rose to the job of vice president precisely because he was a firm Chavez loyalist and he has so far given no hints that he might make significant policy changes if he is elected.

Knowing he might not recover, Chavez named the burly, mustachioed Maduro as his heir apparent in early December before flying to Cuba for his fourth cancer operation in 18 months.

The move turned Maduro, who had served for six years as foreign minister but was named vice president only a few weeks earlier, into the OPEC nation's de facto leader.

Although unable to come anywhere near to matching Chavez's famous charisma, Maduro has copied his hectoring style, grand historical references and vitriolic attacks on "treacherous" opponents.

"Chavez has shown us a superior human state: socialism," Maduro, 50, said in adoring comments during one of dozens of appearances on state television.

"We are absolutely firm on the goals, plans and spirit of this program ... Our people want to continue consolidating a socially inclusive model that gives protection to all, economic stability and progress, and true democracy."

Like Chavez, Maduro has accused foes of plotting to assassinate him and blamed private businesses for causing Venezuela's economic problems with hoarding and what he denounces as "speculative attacks" on the bolivar currency.

Hours before Chavez's death, Maduro accused "imperialist" enemies of infecting Chavez with cancer – the kind of headline-grabbing allegations against powerful foes that Chavez often used to whip up supporters during his 14 years of tumultuous rule.

As foreign minister, Maduro had a fairly dull image as a loyalist who never diverted from Chavez's line, although some saw him as an affable potential moderate who could use his talents as a union negotiator turned globe-trotting diplomat to build bridges with critics at home and abroad.

At times he has softened his rhetoric – for example, saying that it was only a "small number" of opposition figures who were "conspiring against the fatherland" – but he has taken a tough line more often than not.

If Maduro wins the election, he is expected to broadly continue the radical policies of the Chavez era, including nationalizations, tight state control of the economy and financial support for allies such as communist-led Cuba.

There is plenty of speculation that he might at some point try to ease tensions with business groups and the U.S. government, but so far there is no firm evidence.

Still, his first priority is to win the election and that means marshalling support from across Chavez's coalition, which ranges from leftist ideologues to businessmen, and military officers to hardline armed groups called "colectivos." It would be much more difficult if he openly proposed a new direction.

Opposition critics have lampooned Maduro as a poor imitation of Chavez, saying he parrots his boss's words and ideas without the same charm or independent thought.

"The job is too big for Mr. Maduro. He keeps shouting to cover up his incompetence," mocked opposition leader Henrique Capriles, who lost to Chavez in the last election in October but won 44 percent support and will likely be Maduro's challenger.

One recent poll showed Maduro ahead of Capriles, in part because of Chavez's personal endorsement.

Within the ruling Socialist Party, Maduro faces pressure, from ideological hardliners as well as profiteers who enriched themselves under Chavez, to extend the state's grip over the economy and private enterprise.

Other than campaigning heavily on Chavez's blessing and his position as guarantor of revolutionary continuity, it is hard to see how Maduro's own policy plans might develop.

"In these early days, he has tried to imitate Chavez in style, though without his grace and charisma."

In 1992, when Chavez was jailed for a failed coup that made him famous, Maduro took to the streets to demand his release and visited him in prison.

Maduro's wife, Cilia Flores, led the legal team that helped get Chavez freed within two years, and she is also a former leader of the National Assembly. The two have long been seen as a power couple in the government.

One of Maduro's offices features a large portrait of the late Indian spiritual guru Sai Baba, whom he and Flores visited in 2005.

A rabble-rousing legislator who was on the front line of the successful effort to defeat a brief coup against Chavez in 2002, Maduro rose to head the National Assembly, swapping the blue jeans and plaid shirts of a union leader for sharp suits.

Even in his smarter attire, Maduro used to elbow through reporters to get to the appetizer table before presidential news conferences.

As foreign minister, Maduro traveled widely, denouncing U.S. foreign policy and cultivating allies in emerging markets such as Russia and China, which would become a key financier.

"He has always followed Chavez unconditionally but not because he's not smart enough to do otherwise," said Vladimir Villegas, Venezuela's former ambassador to Mexico.

Alberto Vivas, a school friend of Maduro's, played baseball with the future vice president when they were teenagers, and then they worked together on the Caracas metro system. "Nicolas is very analytical and particularly intelligent," Vivas said.

Jose Albornoz, who worked alongside him as a legislator, praised his common touch: "Nicolas is a person who can talk to anyone ... His work with unions taught him to communicate with his adversary. I think he could open a dialogue with (opposition leaders) to make sure his government is successful."

If he wins the election, Maduro will face a testing economic scenario after last month's devaluation of the bolivar currency, which followed heavy state spending ahead of Chavez's re-election last year.

Inflation is above 20 per cent a year and oil production has stagnated even though Venezuela has the world's biggest reserves of crude.

The idea of a transition from Chavez to Maduro may have come from Cuba's Fidel Castro, Chavez's mentor who six years ago handed over power to his younger brother Raul after falling ill himself. The younger Castro has since begun a slow transition away from centrally planned communism.

It is unclear what measures Maduro might be prepared to take if the economy took a turn for the worse.

While Chavez had a reputation for choosing top officials on the basis of loyalty and political views, people who have worked with Maduro say he looks for credentials and hard work.

Whatever his long-term plans, Maduro is sure to drop Chavez's name at every turn along the campaign trail, eulogizing him in gushing and quasi-messianic terms.

During the president's absence after his last surgery, Maduro peppered speeches with references to a state-backed campaign called "I am Chavez," and he once opened his shirt to show a T-shirt underneath bearing an image of his boss's eyes.

At the inauguration of one public transport project he strayed into an awkward metaphor: "Chavez is the cable car." 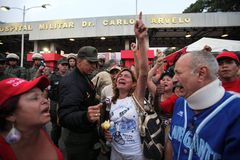 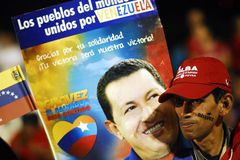 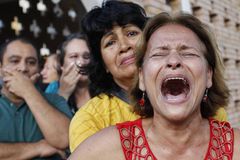 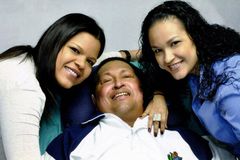 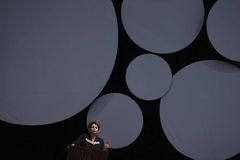