Israeli air strikes shook Gaza every few minutes on Wednesday, and militants kept up rocket fire at Israel's heartland in intensifying warfare that Palestinian officials said has killed at least 44 people in the Hamas-dominated enclave.

Interactive by CHRISTOPHER MANZA and MICHAEL SNIDER, Graphic by TRISH McALASTER / THE GLOBE AND MAIL

Israeli air strikes shook Gaza every few minutes on Wednesday, and militants kept up rocket fire at Israel’s heartland in intensifying warfare that Palestinian officials said has killed at least 44 people in the Hamas-dominated enclave.

With cries of ‘Allahu akbar’ (God is great), Palestinians in Gaza cheered as rockets streaked overhead toward Israel, in attacks that could provide a popularity boost for Islamist Hamas, whose rift with neighboring Egypt’s military-backed government has deepened economic hardship.

Other communities near Tel Aviv in central Israel and in the south, closer to Gaza, were also targeted. In the longest-range attack since Tuesday, when Israel stepped up its offensive, a rocket hit near Zichron Yaakov, a town 115 kilometers (70 miles) north of Gaza.

No Israeli fatalities or serious injuries were reported and Israeli news reports hailed as heroes the military crews of the Iron Dome batteries, which are made in Israel and partly funded by the United States. The military said 48 rockets struck Israel on Wednesday, and Iron Dome intercepted 14 others.

The Israeli military said it had bombarded 550 Hamas sites, including 60 rocket launchers and 11 homes of senior Hamas members. It described those dwellings as command centers.

Palestinian officials said at least 25 houses were either destroyed or damaged and not all belonged to militants.

The build-up to the most serious hostilities between Israel and Gaza militants since an eight-day war in 2012 began three weeks ago with rocket attacks following the abduction and killing of three Jewish seminary students in the occupied West Bank.

At least 38 civilians, including 10 children, were among the 44 Palestinian dead in two days of fighting, and some 300 people have been wounded, hospital officials said.

Cairo brokered a truce in the conflict two years ago, but the current government’s hostility toward Hamas, which it accuses of aiding militants in Egypt’s Sinai peninsula, could make a mediation role more difficult. Hamas denies the allegations. 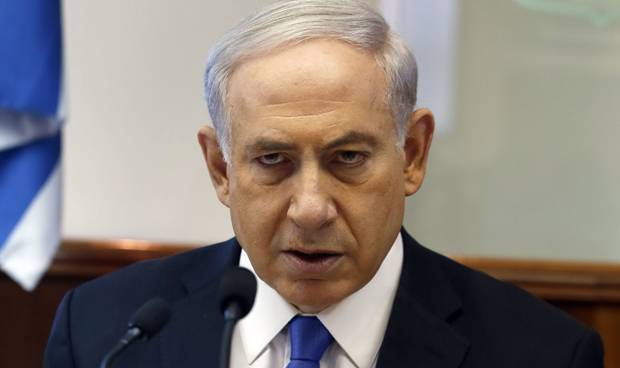 Israeli leaders, who seem to have wide popular support at home for the Gaza operation, have warned of a lengthy campaign and possible ground invasion of the heavily populated Palestinian territory.

“We have decided to step up even more the attacks on Hamas and terrorist organizations in Gaza,” Prime Minister Benjamin Netanyahu said in a statement. “The Israel Defence Forces (IDF) are prepared for every option. Hamas will pay a heavy price for firing at Israeli citizens.”

Netanyahu’s security cabinet has already approved the potential mobilization of up to 40,000 reserve troops.

Netanyahu’s office said he had discussed the situation with United Nations Secretary-General Ban Ki-moon, German Chancellor Angela Merkel and U.S. Secretary of State John Kerry and that he would speak to other world leaders later.

Life appeared deceptively normal in Israeli cities, where shops were open and roads clogged with traffic. But questions were being asked on radio talkshows about an exit strategy and a timeframe for the offensive.

At a sidewalk cafe on a fashionable avenue in Tel Aviv, Israel’s most free-wheeling city, patrons seemed to take an air raid siren in their stride, staying in line for their coffee as joggers and cyclists passed.

Some 80 kilometers (50 miles) away, there were scenes outside homes hit by air strikes of panicked neighbors, including mothers clutching crying children, running into the street to escape what they feared would be another attack.

But at one convenience store, which had remained open, Abu Ahmed, 65, said he was pleased by the militants’ resolve.

“I am fine, as long as Tel Aviv is being hit,” he said, as he bought cigarettes.