A brazen attack in eastern Afghanistan that killed one journalist and wounded another serves as a stark reminder of the threat of violence hanging over millions of Afghans as they cast their ballots Saturday in a crucial presidential election.

The vote will test the strength of Afghanistan's nascent democracy and the country's security forces at a critical moment, with international troops poised to leave the country later this year and the still-potent Taliban determined to wreck the election through violence. Security is such a concern, 13 years after the Taliban were driven from power, that the government said it has marshalled some 200,000 troops across the country in an effort to make sure the vote goes smoothly.

The Taliban carried out a string of attacks in recent weeks including on a luxury hotel, the election commission headquarters and the Interior Ministry – to demonstrate they can strike in the heart of the heavily protected capital, Kabul. To protect voters, Afghan security forces will surround polling centres with rings of police and soldiers.

Kandahar City, cradle of the Taliban insurgency and once the base for Canadian combat forces, was in virtual lockdown on the eve of the vote, with police roadblocks set up and most stores shuttered. The stability of Afghanistan is at stake if the vote is not credible, according to the Afghan-Canadian governor of Kandahar province, Toryalai Wesa.

"It all depends on the security situation on the day," Mr. Wesa said. "Kandahar means Afghanistan. Why? Because the history of Afghanistan was always determined from here. At least for the last 300 years."

In Friday's attack in Khost province, an Afghan police officer shot and killed photojournalist Anja Niedringhaus, 48, and wounded Canadian journalist Kathy Gannon, 60, as they sat in the back seat of a car parked inside a heavily guarded compound. The journalists were covering the delivery of ballots when the attack occurred.

Afghan officials sought to assuage voters' fears, urging them to defy "the enemies of Afghanistan" by casting their ballots. "Democracy is the best response to terrorism," said Mohammad Omar Daudzai, the Minister of Interior Affairs. "We will show the world that Afghanistan has a civilized society and ... the last 13 years have not gone in vain."

Ten per cent of the country's 7,500 polling centres will not operate because of security concerns. Twice that many polling stations were kept closed in 2009, in the last presidential election when Hamid Karzai was elected for a second term.

Mr. Karzai is barred by the constitution from seeking a third term. The race for the presidency has winnowed down to a three-way contest, which the latest polls suggest is wide open. Campaign season saw large, enthusiastic crowds attend political rallies in mosques and stadiums across the country. Afghans tuned in to lively televised debates and took part in opinion polls, suggesting an intense interest in the candidates' positions.

The race pits stalwarts of Afghan politics. Of the eight candidates, the three favourites are former foreign ministers Abdullah Abdullah and Zalmay Rassoul, and former finance minister Ashraf Ghani. Mr. Abdullah was the runner-up five years ago. All three candidates vow to promote women's rights, and say they would sign a security agreement with the United States to allow a small contingent of U.S. troops to remain in Afghanistan beyond 2014. Mr. Karzai has refused to sign it.

If, as predicted, no one wins more than 50 per cent on Saturday, there will be a second round on May 28 between the two highest vote-getters.

Young people in particular appear to show a strong interest in the election, and less of an inclination to vote along ethnic lines than their parents. A recent report by the Fair Election Forum Afghanistan found that 92 per cent of Afghans surveyed supported the idea of elections and 76 per cent planned to cast a vote.

With a report from Reuters. 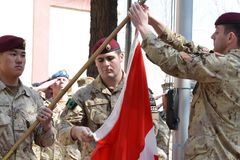 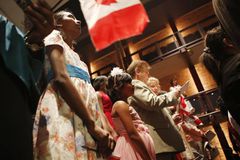