Here in the heartland of Libyan extremism, Islamist militia leaders solemnly portray themselves as peaceful guardians of security and stability. But ask them about Syria, and their eyes light up.

The Islamists of Benghazi are eager to boast about their fighters who made the long journey to Syria to join the rebels. One heavily armed militia group, Libya Shield, says it sent about 25 members to Syria to train the rebels and battle the government. Five of its volunteers have been killed in combat in Syria, according to Ahmed al-Jarushi, a Libya Shield official.

The flow of jihadists to Syria from the stronghold of Libya's most radical militia groups is just one sign of the rapid internationalization of Islamist extremism, now reaching an unprecedented scale and geographic scope.

Thousands of militant volunteers have crisscrossed borders from Senegal in the west of Africa to the vast Sahara wastes of northern Mali and Niger, up to Algeria and Tunisia in North Africa, and across Libya to the Middle East hot spots of Syria and Gaza.

Fighters from at least 10 African countries were among the rebels clashing with French troops in Mali this year. And some of the militants even come from Europe and North America.

Two young Canadian men from London, Ont. – implicated in a dramatic hostage-taking by a radical al Qaeda-linked group that killed 38 workers at an Algerian gas plant in January – are the latest examples.

While jihadi groups have often drawn foreign supporters, today's militia groups in Africa and the Middle East are drawn from an extraordinarily diverse range of places. The hostage takers in Algeria were reported to include citizens of Tunisia, Libya, Egypt, Mali, Niger, Algeria, Mauritania and Canada. They crossed the porous Sahara borders with ease, from northern Mali through Niger to southern Libya and then into Algeria.

The volunteers in Syria are similar. A new study, released this week by the International Centre for the Study of Radicalisation at King's College London, estimated that up to 5,500 non-Syrians have joined Syria's rebel fighters, including up to 600 fighters from 14 different European countries. North African countries such as Libya and Tunisia are among the biggest sources of overseas volunteers in Syria. At least 26 Tunisians died in Syria in February alone, according to one scholar, Aaron Zelin, who monitors jihadi groups.

The foreign fighters in Syria also included an American – a former U.S. Army soldier named Eric Harroun, now facing criminal charges in the United States for his Syrian activities – and a Chinese citizen, reportedly named Bo Wang, who has appeared on a Syrian jihadist video, brandishing a Kalashnikov rifle and firing it in the air.

Foreign fighters in jihadi groups, of course, have been a phenomenon since the Soviet invasion of Afghanistan, when mujahedeen from many Muslim countries joined the Afghan rebels in their war against Soviet occupying troops in the 1980s. Foreign fighters were also common in later wars in Bosnia, Kosovo and Iraq.

What's different now is the vast geographic scope of the countries where the foreign fighters originate, and their deeper connections to North Africa and West Africa, where Islamist radicals were previously constrained by repressive dictators and military regimes.

When Canadian diplomats Robert Fowler and Louis Guay were held hostage in northern Mali in 2009 by an Islamist group called Al-Qaeda in the Islamic Maghreb, , the kidnappers were led by Algerians but also included jihadists from Senegal, Nigeria, Ghana, Mauritania and Benin, according to a Malian intermediary who negotiated with them.

On the other side of Africa, in Somalia, many foreign fighters – including North Americans – joined al-Shabab, the extremist group that occupied Mogadishu and most of southern Somalia for years until being pushed back last year.

One of the biggest hotbeds of radical volunteers today is Libya, the oil-rich country where Moammar Gadhafi ruled for 42 years. The Arab Spring may have brought greater democracy to North Africa, but it also made it easier for Libyans and Tunisians to join radical militias in Algeria, Mali and Syria. Secret training camps for jihadi fighters have sprung up in several Libyan regions, including the Benghazi region and southern Libya near the Algerian border.

After the overthrow of Col. Gadhafi, much of the vast Libyan arsenal of weapons was smuggled into Mali, Syria and Gaza to fuel the Islamist rebels and militia groups there. Traditional desert smuggling routes made it easier for the Islamist militias to move between Libya and Mali, profiting from the trade of drugs and cigarettes and using the same routes for their foreign fighters.

Mokhtar Belmokhtar, a former AQIM leader who orchestrated the Algerian hostage-taking in January, was able to use southern Libya as a key source of weapons and training bases for the hostage raid. He travelled several times to Libya before the attack on the gas plant, and there is well-documented evidence that the hostage-takers obtained their assault rifles and rocket-propelled grenades from Libya.

Reports also suggest there were direct links between Mr. Belmokhtar and some of the extremist militias in the Benghazi area. And documents found in northern Mali, after the rebels were pushed back by a French-led military offensive, showed that the Malian rebels had connections to Libya and Algeria. 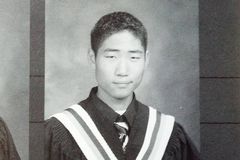 Opinion
A risky visit to Mideast flashpoints that just may pay off
April 2, 2013 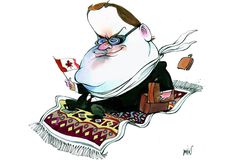 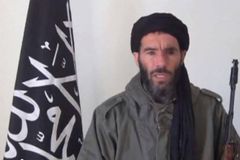