Hu Jia is used to being watched. One of China's most prominent democracy advocates, he lives under constant police surveillance, trailed whenever he goes outside his apartment in Beijing.

But these days, Mr. Hu isn't even allowed to be in the Chinese capital. Ahead of the ruling Communist Party's once-in-a-decade leadership shuffle, which begins Thursday, Mr. Hu was escorted to his parents' home in central Anhui province, some 1,300 kilometres away from the political action in the Great Hall of the People.

"It's a transformed house arrest," Mr. Hu said in a telephone interview from Anhui. "As I am talking to you, a camera is right outside facing our balcony and gate. It is looking at me while I am looking at it."

The absurdity of the measures taken against Mr. Hu and other political dissidents is just one sign of the deep paranoia infecting Beijing ahead of the key Communist Party congress that will see where some 2,270 top officials gather to select the seven or nine men – even the number is not set – who will form the top of China's power pyramid, the Standing Committee of the Politburo, for the next five years.

The sense of anxiety overhanging the congress has been amplified by the Communist Party's swinging-at-shadows security preparations.

Even those with no interest in politics can't help but notice the security apparatus has been kicked into highest gear.

Windows in all Beijing taxicabs have been ordered locked shut – the hand-cranks have been removed in older cars – to prevent passengers from distributing leaflets. The Internet, always tightly monitored, has slowed to the point where broadband connections move at the pace of old-fashioned dial-up links. Kitchen knives have disappeared from some store shelves (an apologetic sign in one shop said they would be available again after the congress), and you need to register with your local police station to purchase a remote-controlled toy airplane.

Boats were added to the forbidden list this weekend, with all paddleboats and pleasure craft banned from Beijing's waterways, including four small lakes north of Tiananmen Square, in order to "create a safe, stable, orderly and harmonious water environment" during the event. The Communist Party has also deployed some 1.4 million red-armband-wearing "public security volunteers" into the streets of Beijing – 600,000 more than were used to help secure the 2008 Olympic Games.

Zhou Yongkang, an outgoing member of the Standing Committee of the Politburo who heads the country's security apparatuses, spent Monday touring checkpoints on the roads heading into Beijing and reviewing preparations in the surrounding provinces. In comments reported by the official Xinhua newswire, Mr. Zhou sounded like a general preparing for war, urging officers to form a "security moat" around the capital.

Why the worry? While state media Monday were hailing President Hu Jintao's time at the top as "a decade of achievement" – primarily highlighting rapid macroeconomic growth during that time – the Communist Party enters this week more divided than at any time since pro-democracy demonstrations on Tiananmen Square were crushed in 1989.

Only two spots in the next Standing Committee have been determined. Vice-President Xi Jinping will be named Secretary General of the Communist Party at the end of the congress, which is expected to last seven to 10 days, and Mr. Xi is a lock to succeed Hu Jintao as president next year. Li Keqiang, currently vice-premier, will succeed Premier Wen Jiabao and also retain his own seat on the Standing Committee.

Little else is certain about the coming transition, amid rumours of fierce factional disputes between the allies of the outgoing President Hu and those of his predecessor Jiang Zemin, who at age 86 still wields wide influence in the party. China's leadership-by-consensus system means the Standing Committee works a little like a supreme court, with the country's future direction perhaps hinging on which faction holds a majority.

"This is the most difficult situation the government has faced since June 4 [the date of the 1989 crackdown on Tiananmen Square]. It's an unprecedented crisis for the Communist Party," said Zhang Lifan, a well-known historian. "The party's lack of confidence is on display."

A decades-old split in the leadership was exacerbated by the spectacular fall of one-time party star Bo Xilai, who until this year seemed destined to take one of the coveted Standing Committee spots. Mr. Bo, who hasn't been seen in public since March, was formally expelled from the party on Sunday, and is expected to soon face charges of corruption, abuse of power and potentially even involvement in covering up a murder.

Famous for his leftist politics and populist touch, Mr. Bo was a "princeling" of the party, a class of second-generation Communist leaders who see themselves as the natural heirs to power. Backed by Mr. Jiang and some top generals, the princelings are seen as jostling for seats in the Politburo against grassroots party members, many of whom rose up via the Communist Youth League while Mr. Hu led it in the mid-1980s.

Mr. Xi is also a princeling – his father was a famous revolutionary leader – but one seen as straddling factional lines better than most. Still, Many believe Mr. Hu will seek to retain his post as chairman of the Central Military Commission, and thus remain head of the three million-strong People's Liberation Army, for one or two years into Mr. Xi's presidency, as a way of assuring his own influence after he leaves the other top posts. 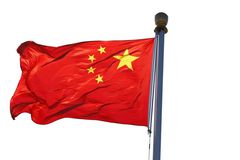 China to phase out prisoner organ transplants: researcher
May 9, 2018 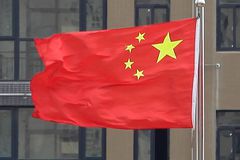 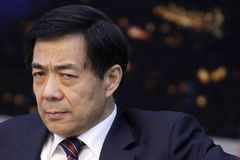 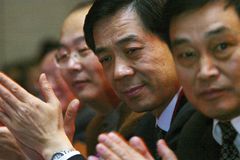