The road south from Toledo is a veritable museum of American industry. You pass the rich farm fields and local processing plants, the stately century-old homes in Findlay and Urbana, evidence of the wealth that flowed from the industries that first built automobiles and other vehicles. But many of the homes are badly in need of some paint, and the towns wanting for life.

None more so than Springfield, 70 kilometres west of the capital, Columbus. It is here that you see evidence of the full flowering of U.S. manufacturing – and its near complete collapse that today has left behind a lost generation and a bitter population that is disproportionately aged.

Springfield had held such promise.

As recently as 1983, Newsweek Magazine named Springfield one of America's "dream cities." There was little crime, a university, racial harmony (the city was the first major U.S. community to elect a black mayor), a vibrant downtown, still active industries and a central location on the region's road and rail networks.

Last year, however, the Gallup polling organization described Springfield as the "unhappiest city" in the United States. Gone were many of the factories, and, like so many U.S. cities in the rust belt, the downtown was deserted. Unemployment rose and, with it, crime. An entire generation of young people left Springfield to find work.

"The city had so much going for it," said Clarence Payne, 71. "That's what made people so unhappy when things went bad."

In the 1920s, there were 10 companies here building their own cars. International Harvester, the farm-machine giant, started here. (It's now called Navistar.)

Except for Navistar, all that remains of these independent plants are a number of their vehicles restored and on display in an exceptionally good heritage museum, created in the large building that was once the city's farmers' market.

Mr. Payne worked for 38 years for International Harvester. One of his jobs was to put the insulation in the company's Travelall car, a forerunner of today's SUVs. These days, Mr. Payne proudly works at keeping everything in the heritage museum shiny, like new, including one of the Travelalls he worked on in the 1960s.

"Jobs are the number one concern of people here," Mr. Payne said. "There just aren't any." Three of Mr. Payne's five children left Springfield in order to find work.

Navistar, the longstanding success story, now employs only a few hundred workers in Springfield, down from the almost 5,000 union members it employed 30 years ago. Most of the assembly jobs have been relocated to non-union facilities in Texas and Mexico.

Joyce Dressler, who turned 75 on Saturday, was an urban planner for the city. One of her projects was to create this heritage centre. She's proud of that, but she's not proud that the downtown heart of her city was drained of most of its businesses and people.

"It was the mall," she said, a common refrain of cities in this region. "When it was built [in the 1980s] everyone shopped there and the downtown businesses collapsed."

Today, Ms. Dressler volunteers as a tour-guide at the museum she helped create. She waxes eloquent about the city that was.

Another volunteer is Dick Groeber, 68, a retired meteorologist. It was his late father, a commissioner of planning, he says, who approved the construction of the mall outside town.

"He thought it would be a positive contribution to the city," Mr. Groeber said, shaking his head.

"He never realized what effect it would have."

Many of these blue- and white-collar people like hunting and fishing, go to casinos and watch auto racing and religious programs on TV.

The Westcott House, built in 1908, designed by the architect Frank Lloyd Wright for the industrialist Burton Westcott. It is the only Wright prairie-style house in Ohio. 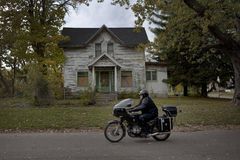 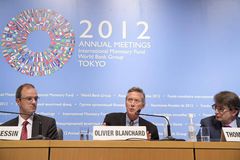 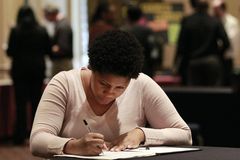 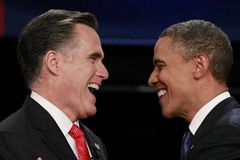