When South Sudan was welcomed into the United Nations on July 14, the organization's press office declared it "the world's newest state." But the UN knows well that such declarations are thorny at best. State, nation or country – there is no legal definition of the place stamped on the cover of a passport. Adding South Sudan means that there are 193 member states of the United Nations. But that doesn't answer the question of how many countries there are in the world.

Put that question to the United Nations and the answer, essentially, is: "Don't ask us." According to the Office of the Spokes-person of the Secretary-General, "it is the member states themselves who decide what the member states are."

After all, what makes a country a country? Membership in the United Nations does not endow universal statehood. Many member states of the UN do not recognize each other: for example, the Czech Republic and Liechtenstein, or South Korea and North Korea. More than 30 UN member states do not recognize Israel; Palestine predicts that it will have 135 recognitions by September, when the General Assembly is set to vote on the issue of Palestinian statehood.

The issue is "poisonously controversial," as Carne Ross puts it. Mr. Ross, a former British diplomat, is executive director of New York-based Independent Diplomat, a not-for-profit initiative that represents the interests of unrecognized states – entities that for purely political reasons are not allowed to join the club with the exclusive Manhattan address.

It's controversial because a new member state represents a competitive threat to its neighbours. And it's poisonous because the ascension of a breakaway nation such as South Sudan (one of Mr. Ross's clients) to member status in the UN could encourage sovereignty movements within existing member states – a headache for Canada among many other countries.

Like any country club, the UN has its gatekeepers. These are five permanent members of the Security Council – China, France, Russia, the United States and the United Kingdom – each of which has veto power on any substantive issue, including membership. That's why, should it come this September, a resolution recognizing Palestine statehood would be purely symbolic.

What is a country? The concept is old, but it's only in the past century that an effort has been made to give firm definition to the status of nationhood. Franklin Delano Roosevelt convened a New World summit in 1933 in Montevideo, Uruguay, in an attempt to counterbalance the old, colonial approach to nation building. The United States, Mexico and 18 nations from Central and South America and the Caribbean attended. (Canada did not.)

According to Article 1 of the Montevideo Convention on the Rights and Duties of States, a state should possess four qualifications: a permanent population; a defined territory; government; and the capacity to enter relations with other states.

But the Montevideo Convention has never been more than a guideline. As for the four defining characteristics of a state, among member states of the UN, anomalies abound. Moreover, there are many almost-countries that can claim all four qualifications. Quebec, for example, has a permanent population, defined boundaries, a system of government and official delegations in Brussels, London, Mexico City, Munich, New York, Paris and Tokyo.

It sounds simple enough: A group of people living within the same defined geographic area over time will have common cause. This is how the concept of a nation developed. And it's why islands – England, Japan – make such enduring countries, and have enduring ethnic nationalism.

But in the highly mobile post-Montevideo world, permanence is a subjective term. The population of the Lebanese diaspora is estimated to be three to four times greater than Lebanon's four million residents; many of these Lebanese expatriates will have the right to vote in the 2013 national elections.

Permanence can also be impossible: Should the Maldives be inundated by rising sea levels, its 300,000 citizens will have no choice but to move. Yet the Maldives presumably would continue to be a member state of the UN.

Or consider the example of the Republic of Poland, occupied by Germany and the Soviet Union in September of 1939. From its base in Paris, and then in London, the Polish government-in-exile maintained a state-like status – with prime ministers and presidents – for 50 years until the collapse of the Soviet Union. In 1990, Lech Walesa, the first post-Soviet president, accepted the symbols of Polish government, including the original 1935 Polish constitution, from the last president-in-exile.

In an op-ed piece last November in The Wall Street Journal, former U.S. ambassador to the UN John Bolton dismissed Palestine's quest for membership in part because "customary international law's definition of 'statehood' requires that a putative state have clear boundaries."

Tell that to India and Pakistan, which have been disputing the Kashmir region since partition. If you purchased the (now discontinued) Microsoft Encarta encyclopedia in Pakistan, its map of Kashmir corresponds to Pakistan's territorial claim. If you bought Encarta in India, the map corresponds to the Indian claim.

Maps are powerful tools in the cause of nationalism. They create what Tom Edwards, a geographer and digital cartographer who helped to design maps for Microsoft, calls "ground truth," a visual representation as evocative as a portrait of a beloved ancestor.

When Chiang Kai-shek's Kuomintang decamped to Taiwan in 1950, his nation, the Republic of China, was one of the Earth's most powerful, holding one of five permanent seats on the UN Security Council along with its crucial veto power. Then, one day in 1971, that seat, and all its power, was transferred to the People's Republic of China and Taiwan ceased to exist in the eyes of the UN. (Taiwan does exist in the eyes of the World Trade Organization, which refers to it as Chinese Taipei – such is realpolitik.)

Likewise today, the Arab Spring has left many states in flux. Who can be said to represent the government of Libya? Of Egypt? And what of Somalia? Since the civil war began in 1991, the government that is represented at the UN has had control over only a small fraction of its defined territory.

Conversely, consider Somaliland. A vestige of the colonial era, the former British Somaliland, it became an independent state in 1960. Shortly thereafter, the former Italian Somaliland became independent, and the two states were joined. The fractious union was a contributing factor in the Somali Civil War. In 1991, the Somali National Movement seceded from Somalia and declared itself the Republic of Somaliland, claiming the former colonial boundary as its own. But Somalia's capital remained in Mogadishu and, with it, its UN membership.

Yet, according to Somaliland's former minister of foreign affairs, Abdillahi Mohamed Duale, his state of four million citizens fits all the criteria of the Montevideo Convention. "We are not creating a new territory. We are reclaiming one that existed in 1960 when the British left and granted independence."

Unlike Somalia, Somaliland has prevented piracy on its shore. More than 30 UN member states recognize the sovereignty of Somaliland. But none of the permanent five.

Starting a country is easy. "It's a state of mind," says Erwin Strauss, author of the seminal 1979 libertarian handbook How To Start Your Own Country. The difficulty is finding land.

There are numerous examples of micro-nations, self-declared sovereign entities that occupy the inevitable interstices of geopolitics. The Principality of Sealand has since 1967 occupied an abandoned Second World War gun tower eight miles off the British coast in the North Sea. Founded in 1970, the Principality of Hutt River Province describes itself as "the second-largest country on the continent of Australia" – about 75 square kilometres. It seceded over a wheat quota.

Sealand and Hutt River each have defined territory, a permanent, albeit small, population and a system of government – they issue passports, postage stamps and currency – and they have interacted with other governments. Both have faced adversity – court battles, political persecution and even military coups – and survived.

But be warned. As Prince Leonard of Hutt River Province puts it: "If you think you can just declare a country and put up a flag and sit back, you've got another think coming."

Denis Seguin is a freelance journalist based in Toronto. He wrote and co-produced the 2010 documentary How to Start Your Own Country . 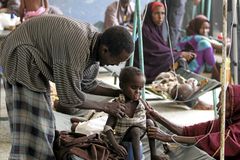 Opinion
Somaliland, an oasis of stability, deserves its independence
August 10, 2011 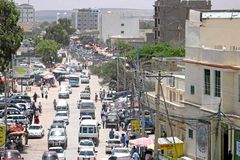