Barack Obama may be more popular with Canadians than Americans, but the U.S. President's suddenly diminished influence in the U.S. Congress could actually be a good thing for this country. The Keystone XL pipeline is just one of several bilateral files that could be unblocked in the wake of Tuesday's dramatic Republican electoral gains. Mitch McConnell, who is expected to be Senate majority leader, vows 'the gridlock and dysfunction can be ended' 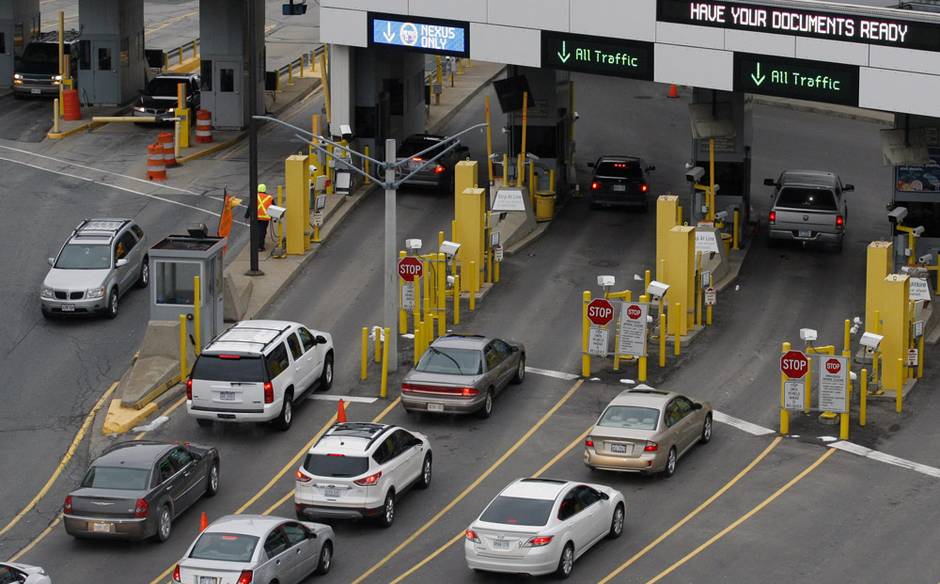 The election could accelerate one of Ottawa’s top priorities – construction of a new bridge linking Windsor, Ont., and Detroit, the busiest Canada-U.S. border crossing.

Among the winners on Tuesday night was Michigan’s re-elected Republican Governor Rick Snyder, an ardent supporter of the multibillion-dollar bridge project.

Ottawa has been feuding with Washington in recent months over the latter’s refusal to pay for a U.S. customs plaza on the Michigan side of the bridge. The U.S. says the Canadian government should put up the money and recoup the costs later through tolls. Ottawa says the U.S. should pay for its own plaza.

Without a customs plaza, it would be a bridge to nowhere. With the election out of the way, finding some money in Washington may now prove easier. U.S. Commerce Secretary Penny Pritzker hinted last week during a visit to Ottawa that a resolution might be near.

But Canada could be fighting an uphill battle getting attention on other efforts to declog the border and move goods more swiftly. That’s because border issues continue to be mired in a U.S. preoccupation with the U.S.-Mexico border and problems of illegal immigration and drug smuggling.

When the northern border gets attention, it’s often in a negative way. For example, last month’s killing of two Canadian soldiers has heightened concerns in Washington about security and terrorist threats to the U.S. homeland.

“The way to get attention to a border is to have a security problem,” said Laura Dawson, an Ottawa trade consultant. “But Canadians don’t really want the border to get thicker and more militarized. We want it to be smarter and more rational.” 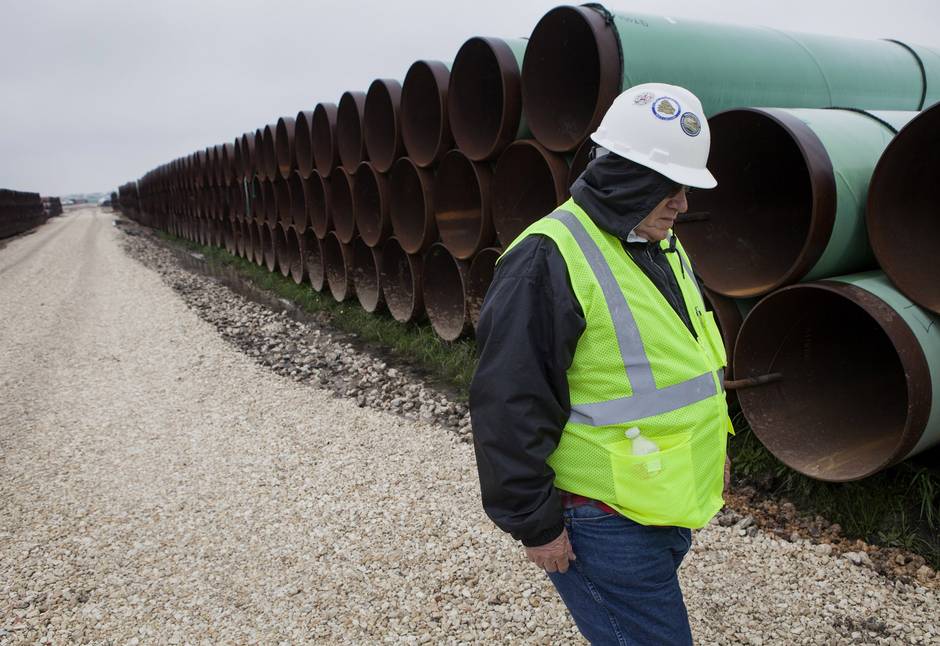 TransCanada Corp. is hopeful the Republican control of the U.S Senate will mean a change of fortunes for its long-delayed Keystone XL pipeline.

Kentucky’s Mitch McConnell, who is expected to take the helm as Senate majority leader, has promised early passage of a bill that would essentially approve the project, whose price tag has soared to $8-billion (U.S.) from the initial estimate of $5-billion.

Opponents expect U.S. President Barack Obama to veto any bill that strips him of authority to decide the fate of cross-border pipelines. Republicans could include the Keystone XL approval in a broader legislative package that the President will find hard to veto.

David Goldston, of Natural Resources Defense Council, said Wednesday that Mr. Obama should reject the project because it would increase greenhouse-gas emissions from Alberta’s oil sands. However, a U.S. State Department review concluded the pipeline would not cause higher emissions because the crude will find its way to markets with or without it.

At the very least, the Republican victory will add pressure on Mr. Obama to approve the pipeline to avoid a bruising battle he may not be able to win.

“We seem to have cleared the major hurdles for getting a pipeline approved,” Ottawa-based trade consultant Laura Dawson said. But Ms. Dawson warned that if we don’t get “this thing approved soon,” the economic rationale may disappear as tumbling global oil prices stall new production from Canada’s oil sands. 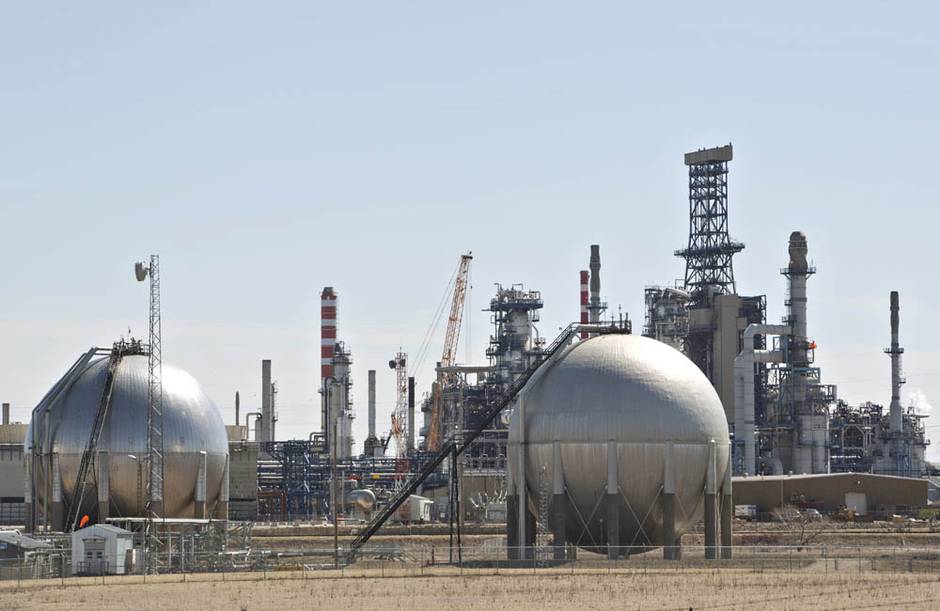 The flip side of the energy coin is the environment. And the green lobby lost big on Tuesday as numerous Democratic candidates fell to Republicans, whose campaigns were heavily funded by oil-, gas- and coal-industry interests.

That could spell trouble for a number of Obama administration environmental policies, including the U.S. federal government’s massive investments in renewable energy and other green technologies. Subsidies to ethanol and other biofuels could also face new scrutiny in U.S. Congress.

Energy lobbyists will be looking for payback in other areas, including a halt to the creation of new wilderness areas, a rollback of recent tougher environmental regulations, fast-tracking of U.S. oil, coal and natural-gas exports to foreign markets, plus the opening up of the Pacific Coast and other sensitive areas to energy exploration.

But the biggest hit to Mr. Obama’s environmental agenda could be in the area of climate change. “I don’t think Canadians should expect further U.S. initiatives to mitigate the impact of climate change,” said Paul Frazer, a former Canadian diplomat and now a trade consultant in Washington.

France is due to host the United Nations Climate Change Conference in Paris early next year, at which governments will seek to come to an agreement on reducing greenhouse-gas emissions. Mr. Frazer said climate-change skeptics in the now Republican-controlled U.S. Senate will work hard to lower Mr. Obama’s ambition in those talks by threatening to block anything that requires congressional approval. 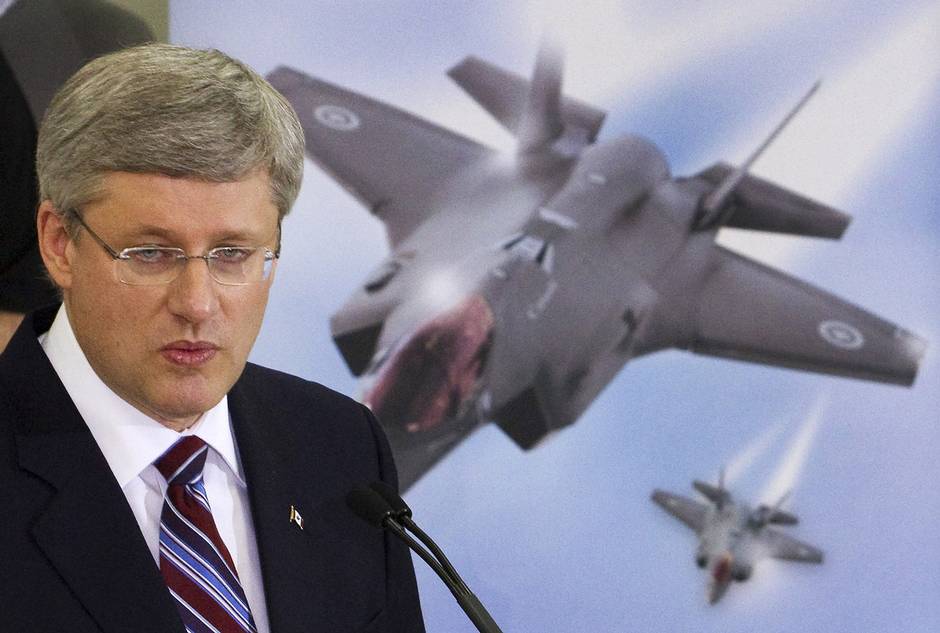 Canada and other possible buyers of the F-35, the controversial, stealthy, deep-strike warplane, may soon be paying closer attention to U.S. Senate hearings following the Republican midterm gain.

While Republicans generally back greater defence spending, the F-35 will come under renewed scrutiny. The staggeringly expensive and long-delayed warplane is still coveted by Canada’s fighter pilots and the country’s modest military-industrial complex. Canadian defence firms want a piece of the multibillion-dollar action if Ottawa can be persuaded to buy the F-35s to replace Canada’s aging F-18s.

Republican control of the Senate moves John McCain into chairmanship of the powerful armed services committee. Mr. McCain – a former naval aviator who flew combat missions during the Vietnam War and was captured, tortured and held prisoner for years – isn’t afraid of the military-industrial complex.

The Arizona Republican Senator, who has previously shot down some of the Pentagon’s wildly expensive follies, has called the F-35 “one of the great national scandals.”

Completely scrapping the most expensive warplane program in history may be impossible, especially since Lockheed Martin has made sure that nearly every U.S. state is home to key component suppliers to the F-35. But if Mr. McCain can force Lockheed Martin to cut its price or the Pentagon to cut the number of F-35s on order, then foreign buyers may face higher costs.

The Pentagon currently wants more than 2,400 F-35s, but the program is seven years behind schedule and the lifetime costs are approaching $1-trillion (U.S.). Mr. McCain, an avowed hawk, wants weapons that work at a price that can be sustained.

When the Pentagon tried to scrap squadrons of A-10 Warthogs, the ugly but beloved ground-attack aircraft that provides close-support for ground troops, Mr. McCain said it was “ridiculous” to suggest Warthogs could be replaced “with an airplane that costs at least 10 times as much – and the cost is still growing – the F-35.”

Expect a dogfight over F-35s. 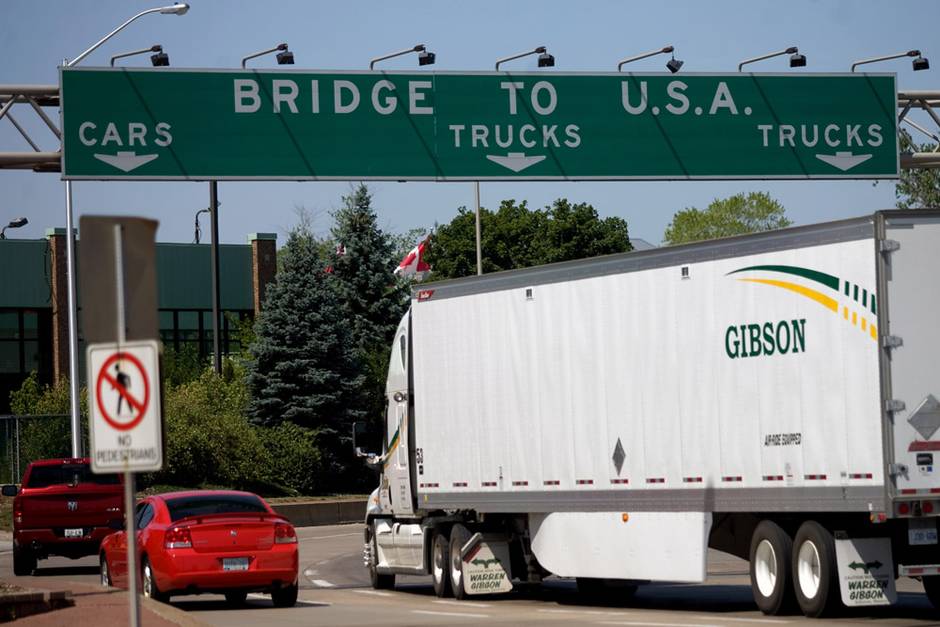 There is a truism about Canada-U.S. trade and elections: Vote Republican.

That’s because Republicans are generally more pro-business and pro-free trade. Democrats, on the other hand, have close ties to organized labour and other trade-wary interests.

But don’t expect U.S. Congress and the Obama administration to simply roll over on two key thorns for Canadian businesses – U.S. country-of-origin labelling rules for meat and protectionist Buy American restrictions, which bar Canadian and other foreign companies from bidding on various highway, transit and infrastructure projects.

“It’s a better environment for Canadian trade interests, but those interests have to mobilize friends and allies, who can then lean on their own constituents,” Ms. Dawson said.

These provisions continue to enjoy strong support on both sides of the political aisle in Washington.

The Republican Senate takeover also increases the odds that U.S. President Barack Obama will be able to push ahead with major free trade deals, including the 12-country Trans-Pacific Partnership (TPP) negotiations, of which Canada is a participant.

The U.S. Senate has been resisting giving Mr. Obama so-called trade promotion authority, which grants the administration broad powers to negotiate trade deals. With Republicans now in control, the Senate may feel more inclined to give him that power, smoothing the way for negotiators to complete the TPP and a free trade deal with Europe.

Follow Barrie McKenna, Shawn McCarthy and Paul Koring on Twitter @barriemckenna @smccarthy55 @PaulKoring
Report an error Editorial code of conduct
Due to technical reasons, we have temporarily removed commenting from our articles. We hope to have this fixed soon. Thank you for your patience. If you are looking to give feedback on our new site, please send it along to feedback@globeandmail.com. If you want to write a letter to the editor, please forward to letters@globeandmail.com.
Comments