Familiar images of Third World poverty flash across the screen to the sound of dramatic orchestral music: African children studying by kerosene lantern, South Asian women washing in a stream.

The captions convey the challenge: Two billion people in the world have only partial access to electricity, which is vital to a decent living standard; an additional 1.5 billion are left totally in the dark.

The life-giving solution being proposed: electricity from coal.

The kicker is delivered in person by Gregory Boyce, chairman of U.S.-based Peabody Energy Corp., the world's largest coal company. World leaders should shift their focus from battling climate change to extending electricity throughout the developing world, he tells his audience at the World Energy Congress this month in Montreal.

"I submit that the greatest crisis we confront in the 21st century is not an environmental crisis predicted by computer models, but a human crisis fully within our power to solve," Mr. Boyce says.

His pitch is being echoed throughout the fossil-fuel industry, in speeches, conventions and editorial board meetings. Executives from coal and oil companies clearly see an opportunity to turn the debate from their own emissions problems to addressing "energy poverty." In doing so, they're looking to put themselves on the side of the angels, in contrast to demonization from environmental groups.

The energy leaders have seized on the plight of the "energy poor" in their effort to beat back critics who would drive up the cost of their energy, block their projects and force reductions in their greenhouse-gas emissions.

Enbridge Inc. chief executive Pat Daniel, too, has raised the spectre of global energy poverty, in defending his Calgary-based company's plan to build a pipeline to transport oil-sands production to the West Coast for export to Asia-Pacific markets. Suncor Energy Inc.'s Rick George argues that the world's energy future must be about expanding choices, not restricting them, as he counters environmentalists' attacks on the oil sands as a majorcontributor to Canada's greenhouse-gas emissions. Though they both also acknowledge the need to reduce emissions.

At the Montreal energy conference, Andrew Swiger, senior vice-president at Exxon Mobil Corp., insisted that his company has a key role to play in the humanitarian effort to bring affordable energy supplies to the world's poor.

Environmentalists acknowledge that climate policy cannot be forged without taking into account the aspirations of people in developing countries to lift their living standards. But the broad consensus among scientists is that the world simply cannot continue to depend on hydrocarbons such as coal and oil to fuel economic development. To do so would cause catastrophic climate change, resulting in severe flooding and droughts. And it is the world's poor - those now subsisting without commercially available energy - who would suffer the worst consequences.

Mr. Saul slams the executives' professed social conscience as a cynical propaganda ploy, aimed solely at advancing their corporate interests. "There is no way to imagine that we are doing a favour for the world's poor by perpetuating the fossil-fuel industry. That's absurd," he says.

Still, energy poverty - or the lack of access to modern forms of power and fuel - represents a staggering challenge across the developing world. It is among the critical issues that global leaders must address if they are to fulfill the lofty promises made at the United Nations this week to raise the standard of living of the world's poorest citizens.

The dependence on those traditional forms of energy is both environmentally destructive - for example, a major cause of deforestation - and a significant cause of ill health and early death.

Coal and oil are considered the twin pillars of industrialization: Coal powers more than half the world's electricity, while oil fuels the world's transportation system. Industry executives argue that there are no viable substitutes and that it is immoral to deny India or Africa the chance to enjoy the benefits of the modern hydrocarbon economy.

Their solution is an environmentalist's nightmare. Despite the fact that new coal-fired power plants are less polluting than older models and the industry is experimenting with ways of capturing the carbon dioxide and storing it underground, a vast expansion of coal power would make impossible the goal of halving global emissions by 2050.

With 400 million people still living without electricity, India relies on coal for 69 per cent of its power supply and has the fourth-largest coal reserves in the world, after the U.S., Russia and China. Both India and China are rapidly expanding their coal-based power supply - and both countries have resisted international calls to impose caps on their carbon emissions.

Coal is by far the cheapest way to generate electricity, assuming that the environmental costs are not factored in. In Ontario, for example, it costs less than four cents per kilowatt-hour to produce coal-fired power, while the province is paying 13.5 cents per kWh for wind power.

Energy experts from international agencies are seeking solutions that would address both problems.

"You don't have to argue about 'energy access versus climate,' " says Minoru Takada, head of sustainable energy for the United Nations Development Program. The UNDP and International Energy Agency, which advises rich nations on energy policy, released a report this week that outlines the scope of the energy-poverty problem and offered solutions.

"There are quite creative ways to bring the two things together to address poor people's basic development needs, which must be a priority. … But unless you deal with those three billion people without basic access to electricity or cooking fuel, I don't think we should be talking about climate change."

Mr. Takada said climate policies could indeed punish the poor by driving up fossil-fuel prices. But ultimately, the developing world must invest in less carbon-intensive energy supplies in order to power their economies in a sustainable fashion, he added.

Technologies such as solar-powered lights and biogas generators can be both cost-effective and environmentally benign for countries that would otherwise have to invest billions of dollar to develop power-transmission systems to distribute from centralized plants.

Some experts suggest that the developing would could leapfrog the industrialized world's unsustainable energy systems, much as countries avoided the need for phone lines through the widespread adoption of cellphones.

The International Energy Agency also published another study this week that suggests the world could cut its emissions by 50 per cent by 2050 and meet the energy needs of the developing world by developing and deploying new technology. That includes things such as photovoltaic cells and improved batteries, as well as carbon-capture-and-storage technology that would "decarbonize" fossil-fuel use.

But investment choices are being made now that will endure for 50 years (the average life of a coal plant). In Canada, the federal government has already said no new coal plants can be built unless they can virtually eliminate carbon dioxide emissions.

In an interview this week, IEA deputy executive director Richard Jones warned of "carbon lock-in," a reference to the fact that the world must live with the emissions that will result from energy investments made today.

Coal and oil executives know the value of delay when it comes to unpalatable policies. Oil-sands plants are now being built while Ottawa dithers over climate policy; in emerging markets, coal-fired power stations sprout while the world debates an international treaty.

And the promise of bringing light to a poor student or power to a micro-business in a remote village is a powerful tool for prolonging debate and delaying punitive action.

Shawn McCarthy is The Globe and Mail's global energy reporter. 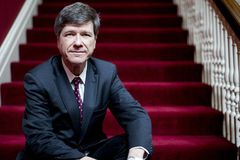 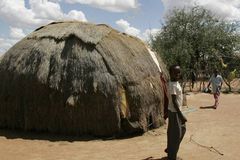