Dzhokhar, 19, is the younger Tsarnaev brother who was captured by authorities Friday night in Watertown, Mass. Dzhokhar became the object of a day-long manhunt after he escaped a police shootout that resulted in his older brother's death.

Education: Before moving to the United States, Dzhokhar says he attended school in Makhachkala, the capital city of Dagestan, according to a social media profile. Dzhokhar graduated from Cambridge Rindge and Latin School in 2011. The City of Cambridge lists him as a 2011 recipient of a $2,500 (U.S.) scholarship. Dzhokhar would later attend the University of Massachusetts Dartmouth, where he was registered as a student and lived in a dorm, according to a university spokesman. Dzhokhar's father, Anzor Tsarnaev, told The Associated Press that his son was a second-year medical student.

Religious beliefs: Dzhokhar's profile on VKontakte, a Russian equivalent to Facebook, lists his "worldview" as Islam. A student at Dzhokhar's former high school told The New York Times that he and Dzhokhar would "occasionally meet" at a mosque in Cambridge that was near their school.

Reaction from family: Ruslan Tsarni, the suspects' uncle, spoke with the media Friday and said his nephews "put a shame on the entire [Chechen] ethnicity." He urged Dzhokhar to "turn yourself in and ask for forgiveness." Dzhokhar's father described him as "such an intelligent boy" and "an angel." A cousin of the suspects told The Boston Globe he warned Dzhokhar about his older brother's influence.

Reaction from acquaintances: Dajarna Brock, an 18-year-old who knew the younger suspect from school, told The Globe and Mail that Dzhokhar "was not a weird loner." She described him as a "quiet, happy guy." Her reaction was similar to those of numerous acquaintances.

Social media footprint: Dzhokhar had profiles on both VKontakte and Twitter. On VKontakte, he lists his "personal priority" as "Career and money." Just two days after the Boston Marathon bombings, he tweeted: "I'm a stress free kind of guy." On Tuesday, he quoted the chorus of a Dr. Dre and Eminem song.

Tamerlan Tsarnaev, 26, was seriously injured in a firefight with police and was pronounced dead early Friday at 1:35 a.m.

Education: Tamerlan appears to have attended Bunker Hill Community College with hopes of becoming an engineer, according to a photo essay published in a Boston University publication in 2010. The essay, however, says that Tamerlan took a leave from college to pursue his boxing career.

Athletic career: Tamerlan represented Team New England in 2009 and 2010 at the National Golden Gloves Tournament of Champions, according to The Lowell Sun newspaper. The photo essay said Tamerlan hoped to be "selected for the next U.S. Olympic team and become a naturalized American." Tamerlan told The Lowell Sun in 2004 "I like the USA" after winning his first organized fight in the U.S.

Religious beliefs: Tamerlan told the photojournalist, Johannes Hirn, that he was Muslim and didn't drink or smoke. Maret Tsarnaeva, an aunt based in Toronto, told The Globe and Mail that two years ago, Tamerlan began praying five times a day .

Personal relationships: Ms. Tsarnaeva was told by Tamerlan that he had a wife from a Christian background, along with a three-year-old daughter. In a photo caption on Mr. Hirn's website, Tamerlan said he had a half-Portuguese, half-Italian girlfriend who converted to Islam. The photo gallery appears to have been taken down on Mr. Hirn's website, though multiple media reports have relayed this information.

Reaction from family: Ms. Tsarnaeva says she needs more proof that her nephews were behind the deadly bombings. "I do not believe these two boys have done that act of atrocity, killing those people on the streets," she said. She also told The Globe that Tamerlan had been struggling "to find himself," but had seemed better since marrying. However, a cousin of the two suspects paints a more sinister portrait of Tamerlan. "He was never happy, never cheering, never smiling," Zaur Tsarnaev told The Boston Globe. "He used to strike his girlfriend. He hurt her a few times. He was not a nice man. I don't like to speak about him. He caused problems for my family."

Reaction from acquaintances: Those who knew Tamerlan from his boxing career were shocked to learn he was a suspect in the Boston bombings. "If you had asked me two days before this happened what kind of person he was, I would say terrific, talented, respectful," said John Curran, Tamerlan's coach at the 2009 Golden Gloves nationals, to The Lowell Sun. "Suffice to say, I am shocked beyond belief today." In the same article, Bob Russo, the executive director of a Lowell boxing tournament, said: "What I remember about this young man was that he was an incredible athlete. Didn't talk a lot. Very respectful."

Social media footprint: A YouTube account bearing Tamerlan's name has a playlist titled "Terrorists." The Globe notes that Tamerlan's "favourited" videos include sermons from Sheikh Feiz Mohammed, who is described as "a Lebanese-Australian preacher who has said Muslims should raise their children to be holy warriors." Tamerlan also had a Google Plus page, but left little public information on it. Aunt of suspects in Boston bombings wants more proof of their guilt
May 11, 2018 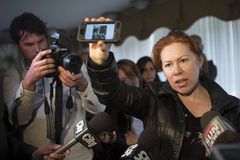 Lives of Boston bombing suspects defined by war in Russian Caucasus
May 11, 2018 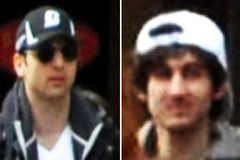 Opinion
The Boston bombing and the media mess
May 11, 2018 Follow Matt Lundy on Twitter @mattlundy33
Report an error Editorial code of conduct
Due to technical reasons, we have temporarily removed commenting from our articles. We hope to have this fixed soon. Thank you for your patience. If you are looking to give feedback on our new site, please send it along to feedback@globeandmail.com. If you want to write a letter to the editor, please forward to letters@globeandmail.com.
Comments are closed