For a businessman and presidential candidate who prides himself on winning, Donald Trump is losing – and badly. He is trailing Hillary Clinton in battleground state polls, in fundraising, in TV ad spending and campaign ground staff.

In an effort to reboot his flailing campaign, Mr. Trump announced on Wednesday that conservative media mogul Stephen Bannon would now be in charge of his campaign. By any political measure, it is a bad omen less than 90 days from voting day. The fact that it is the second major shake-up in less than two months points to a campaign in deep turmoil and trouble.

In June, Mr. Trump fired his long-time campaign manager Corey Lewandowski and replaced him with a political operative, Paul Manafort, whose job it was to control the real-estate businessman's freewheeling style, package him for a general election audience and oversee a robust expansion of the Trump campaign footprint in key states.

Commentary: Trump is right: The greatest U.S. threat is indeed from within. (It's him)

But Mr. Trump's instincts got in the way. He tangled with the Muslim parents of a slain U.S. army soldier and failed to match his rival in campaign discipline and organization. Also, Mr. Manafort's reported ties to pro-Russian groups in Ukraine continued to grab headlines.

The 62-year-old Mr. Bannon brings to the campaign a maverick streak he has honed as head of Breitbart News, a news and opinion website that is a thorn in the side of the establishment politics. Breitbart News is a must-read within conservative and Republican circles, and Mr. Bannon is a regular on Fox News and right-wing radio shows.

Much like his political master, Mr. Bannon has a loose-cannon reputation and is unafraid of a good tussle – qualities that Mr. Trump may find appealing, although many voters may not.

"We call ourselves [at Breitbart News] 'The Fight Club.' You don't come to us for warm and fuzzy," he told The Washington Post earlier this year. "We think of ourselves as virulently anti-establishment, particularly 'anti-' the permanent political class," he added.

Mr. Bannon also has a touch of Hollywood sparkle.

After dabbling in mainstream film as a co-executive producer on Titus, the Oscar-nominated 1999 film starring Anthony Hopkins, Mr. Bannon focused on documentaries that have become popular among American conservative audiences. The Tea Party, Sarah Palin and Ronald Reagan are venerated subjects in the documentaries.

At a 2004 screening of his documentary In the Face of Evil: Reagan's War in Word and Deed – a tribute to the former Republican president's crusade against the Soviet Union – Mr. Bannon met a young pioneer of the booming Internet news age.

In 2007, Andrew Breitbart launched the conservative news site Breitbart.com and quickly began ruffling the feathers of the Washington establishment.

Its most high-profile takedown involved U.S. congressman Anthony Weiner, who had been using his social-media account to send racy photos to women. Breitbart managed to obtain the photos and published them, eventually leading to Mr. Weiner's resignation.

Mr. Bannon was a key player at the site and eventually took over the reins in 2012, when Mr. Breitbart died of a heart attack at the age of 43.

After initially backing Ted Cruz, Breitbart News switched allegiances to Mr. Trump as his star rose among Republican voters. The site has enthusiastically promoted Mr. Trump ever since.

Stories on the website turned their attention to Mr. Cruz's vulnerabilities – including his Canadian birth – and dismissed the backlash against Mr. Trump's strident comments on immigration and Muslims as liberal media bias.

Few campaign managers can claim such a colourful life as Mr. Bannon.

Mr. Bannon said he became a Reagan supporter because of what he saw as the failure of Jimmy Carter's administration. He was serving as a navigator on a U.S. navy vessel in the Arabian Sea at the height of the Iran hostage crisis in 1979.

After the navy, he went to Harvard Business School and landed a job on Wall Street, where he was a high flyer at Goldman Sachs in the 1980s.

But it was when he went out on his own and started his own investment firm that he struck gold. Mr. Bannon negotiated a deal between one of his entertainment business clients and media mogul Ted Turner. At the heart of the deal was Castle Rock Entertainment, which Mr. Bannon's client wanted to sell.

Mr. Bannon ended up with a stake in Seinfeld, which was in its third season. Mr. Bannon's firm calculated the potential royalties if the show went into syndication. "We were wrong by a factor of five," he later recalled.

With TV and Hollywood money in his pockets, Mr. Bannon financed a conservative non-profit research organization called the Government Accountability Institute. Its biggest target: the Clintons.

Penned by Peter Schweizer, Clinton Cash: The Untold Story of How and Why Foreign Governments and Businesses Helped Make Bill and Hillary Rich was published in 2015 and caused a stir right around the time that Ms. Clinton was launching her second presidential bid.

The allegation in the book is that businesses routinely donated money to the philanthropic Clinton Foundation and used the family's clout – in particular that of former president Bill Clinton – for their own private gain.

Canadian mining businessman Frank Giustra is cited in the book as an example of someone who has allegedly benefited from close ties to the Clinton family. Mr. Clinton visited Kazakhstan with Mr. Giustra in 2005 on a private jet belonging to the Vancouver businessman and philanthropist. Not long after, he secured rights to uranium deposits in the country. Later, Mr. Giustra pledged $100-million (U.S.) to Mr. Clinton's charitable foundation.

Mr. Giustra denies that he tried to "garner favours" by donating to the Clinton charity. He also denies that Mr. Clinton helped him win the Kazakhstan deal. But the story only added to the aura of controversy around the Clintons and their foundation.

That ability to focus negative public and media attention on the Clintons is what Mr. Bannon brings to a flagging Trump campaign.

Trump shakes up staff, intent on finishing race on his own terms
August 17, 2016 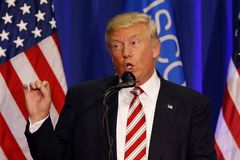 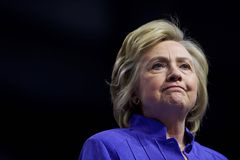