Nine months ago, some citizens of this forlorn and dusty town in the northeast of Brazil began a campaign to re-brand it.

At present it bears the name of the region's most famous son, Jose Sarney, who held public office from 1955 until last year. He served as president of the country from 1985 to 1990. A great many things in his home state of Maranhao bear his name – from bridges to hospitals to schools – and this town, near his birthplace, adopted it in 1997.

"People thought they might get some benefit if the town had his name," said Sidney Almeida, 25, who works with the local farmers' union. "But as you can see, that didn't really work out."

President Sarney the person currently divides his time between the capital and a mansion on an exclusive island. He writes poetry, collects antiques and presides over a political dynasty.

President Sarney the town has no sewage system. There is no industry and no employers except for a handful of shops and City Hall. Some 17,000 people live here, the majority in houses made of mud. They get their water in weekly deliveries or from wells. Only a couple of roads are paved. There are schools, Mr. Almeida said, but the teachers are friends of the mayor and most barely got through high school themselves. And the hospital is nicknamed "the travel agency" because all it can do for sick people is give them a bus ticket to a bigger town, where they might find a doctor.

This is a Brazil that tourists, and investors, rarely see. But there are hundreds more towns like it in Maranhao, long one of Brazil's least-developed states. And a growing number of people are starting to blame the Sarney family.

"For a long time we thought that things in other parts of Maranhao were great and we were just the poor ones," said Vito Louzeiro, who works in the lonely bank branch. The Sarney family controls 80 per cent of the media outlets in the state, he added, and they provide glowing reports of progress. "But now people have access to the Internet and we're discovering that it isn't just us."

The long reign of the Sarney family came to an end late last year, when an opposition politician named Flavio Dino was elected governor, taking over from Mr. Sarney's daughter, Roseana Sarney. And now many residents want to change the town name back to Pimenta (pepper, in Portuguese), as it was known before, while they wait for the new government's ambitious development plans to reach them.

When Mr. Louzeiro, 33, was growing up, his grandparents and parents spoke reverently about the Sarneys. "To this day you can't speak ill of them. My grandfather would slap me if he heard me say anything insulting about them," he said, struggling to explain why his family held the Sarneys in such esteem when their political rule produced so little for citizens. Per capita income in Maranhao, for example, was the lowest in the country when Mr. Sarney was president 30 years ago, and it's still lowest today – just $5,500 a year.

So why was Mr. Sarney returned to office and, when he left for federal politics, how did his daughter win four terms as governor? Why do people keep electing her brother, Jose Junior, to Congress, and his son to the state legislature?

"It's sort of a feudal thing," Mr. Louzeiro said. "They are in charge, so people love them, so they're in charge."

His friend Helena Cerqueira added, "You only heard their name – Sarney, Sarney. So, you thought, that's who there is. The Sarney family."

Mr. Sarney has been the subject of more than a dozen different probes for alleged misuse of public funds, kickbacks, illegal sale of public land and other crimes. Ms. Sarney ran for president in 2002 but had to drop out of the race when police found a stack of banknotes worth 1.3-million reais – then worth $575,000 (U.S.) – in her husband's office and alleged the money was siphoned from public accounts. Bank records made public by WikiLeaks showed that, in 1999, she had $150-million (U.S.) in assets in a Cayman Islands account.

No one in the family has ever been convicted of illegal activity, although Ms. Sarney is currently being investigated in the huge national graft scandal known as Lava Jato.

Wagner Cabral, a professor of Maranhao political history in the state capital, Sao Luis, has studied the family for years. He says it is not surprising that investigations to date have produced no charges, given that the Sarney family appointed most of the senior people in the institutions responsible for oversight of their governance.

"They set up networks of corruption and power within the institutions of the republic," he said. And until a few years ago, it was almost unheard of for a Brazilian politician ever to be convicted for crimes while in office.

The family did not respond to requests for an interview with The Globe and Mail. A spokesman, Pedro Costa, however, was keen to share his own thoughts, saying in an e-mail that the state was transformed under Sarney family governance. "When public buildings are named after President Sarney and his family, it was not proposed by them – rather, it shows how much they are valued in the state," he said.

In 2012, when Ms. Sarney was governor, she spent $1.2-million (Canadian) in state money on food and drink in three residences, including 160 kilograms of lobster and crates of champagne. Mr. Costa said that this was not abuse of public funds, since her purchases "were not for her personal consumption but for that of a whole team in the governor's palace."

There is no longer a line item for champagne or lobster in the budget: Mr. Dino, the new man in charge, is a member of the Brazilian Communist Party. The food budget, he said in an interview, has been reduced by 87 per cent. He also said his administration intends to slash ghost employees and fake consultancies tied to the previous regime. "The central issue we're pushing is to establish control of the state … making it clear that they don't have the control any more, above all in the business sector, from which they drew their energy."

But Prof. Wagner, the historian, said the new governor's challenges will not diminish quickly. "The Sarneys' networks do not disappear overnight."

Mr. Dino said he expects to announce new contracts soon in natural-gas exploration (including Chinese and Russian firms), wind-power generation, steel production and agriculture. He has launched a campaign to improve education (building 300 new schools in four years), as well as sewage and potable water delivery. But much of this will depend on resources transferred from Brasilia, and the watchword there these days is austerity.

Basic living standards in Maranhao have risen considerably in the past decade, thanks in large part to a cash grant to families and other federal anti-poverty programs. This, Mr. Almeida said, has helped people to realize that they have a relationship to the state as citizens, not just as grateful recipients of the largesse of oligarchs.

Mr. Sarney was closely tied to Brazil's military dictatorship and was an accidental first president after the return to democracy in 1985: He was given the post of vice-president, in a political coalition move, but the man elected president, the widely admired Tancredo Neves, died of diverticulitis hours before he could take office. Mr. Sarney finished his term with just 14 per cent approval rating, while inflation had soared to a catastrophic 1,765 per cent.

Not far from the governor's palace in the capital is a historic convent that, for years, has housed a museum. It was, until recently, the President Sarney Museum; it has been rebranded the Museum of the Republic. Everything in it, however, comes from Mr. Sarney's personal effects including hundreds of gifts he was given by foreign leaders, as well as his official cars, his pens and homages to his genius as a poet. The collection includes a trove of oil paintings of members of the Sarney family depicted as saints, and portraits of Mr. Sarney posed in front of portraits of – Mr. Sarney.

The museum has a new director of museology, Svetlana Farias. Mr. Sarney remains the patron of the museum and has final say over who runs it, so she chooses her words carefully as she describes her vision for remaking the museum. "Right now, the way it is set up, everything in it belongs to him," she said. "We need to get it into people's heads that a museum of the republic belongs to the state."

And indeed, in the town called President Sarney, the plan to change the name is stalled.

"The mayor is blocking it," said Mr. Almeida. "Because, you know, he's a friend of the family."

Editor's Note: An earlier version of this article said Jose Sarney had been returned to office repeatedly. In fact, he served once as governor. 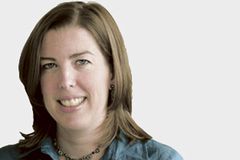 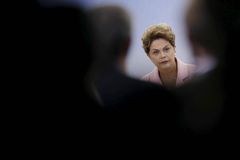 How a former mayor in Brazil used WhatsApp to run her city from afar
September 13, 2015 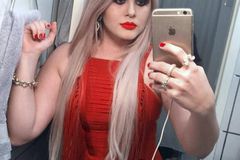 Brazil’s colour bind: How one of the world's most diverse countries is just starting to talk about race
July 31, 2015
Three personal stories that show Brazil is not completely beyond racism
July 31, 2015
Follow Stephanie Nolen on Twitter @snolen
Report an error Editorial code of conduct
Due to technical reasons, we have temporarily removed commenting from our articles. We hope to have this fixed soon. Thank you for your patience. If you are looking to give feedback on our new site, please send it along to feedback@globeandmail.com. If you want to write a letter to the editor, please forward to letters@globeandmail.com.
Comments