Yet those targeted include some of the same Syrian Kurds who are backed by the United States in the war against the extremist Sunni movement known as Islamic State (IS).

Turkey's heavy-handed action has raised tensions between the two NATO powers and exposed the intricate web of alliances and grievances found among this indigenous ethnic group known as the Kurds.

The largest bloc of Kurds – about 15 million – is found in southeastern Turkey, along the borders with Syria, Iraq and Iran. Since the creation of modern Turkey almost a century ago, these Kurds have complained that their language and culture have been forcibly subsumed by Ankara's goal of establishing one homogeneous Turkish people.

The Kurdistan Workers' Party (PKK), a leftist political and military movement led by the imprisoned Abdullah Ocalan, has waged an armed rebellion against Turkish authorities since the late 1970s. The movement is viewed by both Turkey and the United States as a terrorist organization for its bombings of civilian targets in Turkey.

Early efforts by Recep Tayyip Erdogan, when he was first elected prime minister in 2003, to allow greater Kurdish expression gave way to renewed government restrictions and greater mutual violence. A ceasefire established in early 2013 ended in July, 2015, with the heavy bombardment of exiled PKK forces in the unpopulated mountains of northern Iraq that followed a series of assassinations carried out by the PKK.

The Kurds of Turkey and those of Syria speak the same Kurdish dialect and hold similar political views. PKK fighters from Turkey have joined the Kurds in Syria to battle Islamic State forces and to expand the territory controlled by the Syrian Kurds.

Turkey claims that the PKK is collaborating with the Syrian Kurdish militia known as the People's Protection Units, or YPG, to establish an autonomous Kurdish region that spans both countries. Turkey is calling on the United States to join Ankara in combatting the Turkish-Syrian Kurds and in launching a ground war inside Syria.

However, there is no way Turkey will get what it wants.

As Halil M. Karaveli, a senior fellow at the Central Asia-Caucasus Institute, told The New York Times: "Is the U.S. going to risk confronting Russia in Syria in order to help Turkey beat the Kurds, on whom the U.S. relies to beat ISIS?" The answer is no.

The Kurdish population of about 1.5 million is concentrated in the northeast and north of the country, and largely has stayed aloof from the civil war ravaging Syria. However, Islamic State forces have threatened to take Kurdish territory, especially in the northeastern Kobani area.

With the assistance of its PKK allies and some help from Iraqi Kurds, the Syrian Kurds' YPG has beaten back the IS forces. Indeed, it has taken advantage of the war's chaos to seize even more territory alongside the Turkish frontier.

Syrian Kurdish fighters are moving in from the northwest and the northeast, threatening even to close the strategically important Azaz corridor through which Syrian rebel forces are supplied by Turkey.

This brings Turkey and the United States into conflict: Over strong objections from Washington, Ankara continues to bomb the YPG and PKK forces.

Interestingly, the Syrian Kurdish fighters even have an understanding with Russia, which is backing the regime of Bashar al-Assad: Russia will allow the Kurds to take as much territory in the north as they can, provided they stay out of the fight against the Syrian regime.

In effect, Russia and the United States are allied in supporting Syria's Kurds and in fighting the IS forces, but they back opposing sides in the Syrian civil war between Mr. al-Assad and other rebel groups.

The six million or so Kurds of Iraq are largely concentrated in the country's three northernmost provinces, comprising the Kurdistan Regional Government (KRG). Remarkably, this autonomous authority, which verges on complete independence, is closely allied with Turkey, its largest investor and partner in trade. In deference to that relationship, the KRG keeps its distance from Turkey's own restive Kurds.

The KRG has allowed the Turkish PKK to go into exile in the otherwise unpopulated mountainous area in the far north, but it also has permitted Turkey to pursue PKK forces into the north should the rebel militants carry out any raids in Turkey.

It is the Iraqi Kurds' militia, known as the peshmerga (meaning "ones who face death"), that the Canadian military is helping train, and who have a fine reputation as fighters.

The peshmerga have largely succeeded in repelling IS forces from their territory, and in the smoke of battle have been able to occupy some threatened Arab Iraqi lands around the Kirkuk oil fields.

Iraq's Kurds share the same objective as Syria's Kurds – to defeat or drive away Islamic State forces. However, Iraqi Kurds' efforts to assist the YPG were largely rebuffed, though the Syrian Kurds were happy to receive supplies of weapons and ammunition.

Iraq's Kurds are politically divided, mostly between the Kurdish Democratic Party (KDP) led by the Barzani family, which is concentrated in the northwest area, including the capital, Erbil, and the Patriotic Union of Kurdistan (PUK) run by the Talabani family, in the southeast, including the city of Sulaymaniyah. The KDP maintains particularly strong relations with Turkey, while the PUK is closer to Iran.

Indeed, the PUK has helped facilitate Iran's entry into the Iraqi war against Islamic State, funnelling men and materiel through PUK airports and territory into central Iraq. Iranian Revolutionary Guard units have led Iraqi Shia militias into battle and driven IS forces back toward Mosul.

The seven million Kurds in Iran are mostly concentrated in the west and northwest of the country, adjacent to Kurdish populations in Iraq and Turkey.

The people here were enthusiastic supporters of the 1979 revolution against the Shah, but soon found themselves victims of discrimination by the revolutionary authorities, too. The spiritual leader Ayatollah Ruhollah Khomeini dismissed the idea that there should be any distinct minorities in the revolutionary state, and authorities worried that Kurds would sell out the country's interests through their international fraternity.

Hundreds of Kurdish villages near the borders with Iraq and Turkey were destroyed and depopulated. And the government deals with Kurdish political groups through detention, torture and execution.

Although the Kurdish population might prefer autonomy, it seems resigned to be part of Iran and there is little evidence of rebellion. 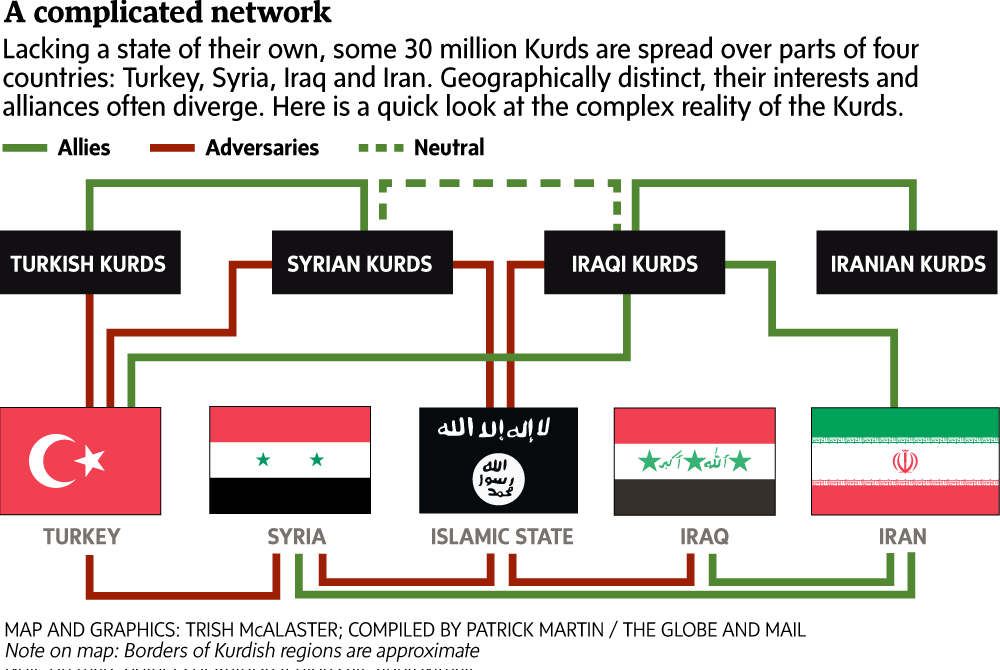 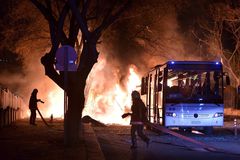 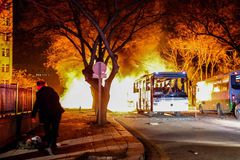