Harry Leslie Smith is deeply disturbed at how democracy has become endangered. He's convinced young people can be the planet's salvation – and he's reaching out to them one podcast at a time, Elizabeth Renzetti writes

If you were to write a play, there would be few more compelling characters than a 94-year-old Second World War veteran who is so despairing of the world that he turns to young peoples' technology to reach young peoples' ears. Harry Leslie Smith is that person, a nonagenarian podcaster, and this is the story of his late-life awakening, told in three acts. It has an almost happy ending.

I first heard Harry Leslie Smith speak in June, 2015, at a sold-out lecture in Vancouver. He was 92, a small, wizened figure who walked haltingly onstage and commanded it for the next hour. He spoke about the shattering poverty he'd experienced as a child, growing up in Yorkshire: His 10-year-old sister died of tuberculosis, her body tossed in an unmarked pauper's grave. His father followed, years later, in another unmarked grave. Mr. Smith spoke about his worries that the world was once again separating into the haves and have-nots, both in his native Britain and his adopted home, Canada.

"Austerity will spell the end of democracy," he said, "unless we the people take back our right to a dignified life through the pragmatic protection of the social-welfare state."

At the beginning of his 10th decade, Mr. Smith had become a bit of a rock star, although one who favoured tweed and bifocals. He had just published his first book, Harry's Last Stand, a zesty takedown of the betrayals he felt as an RAF veteran who'd fought for a better world. Annie Lennox was a fan. His speech defending Britain's National Health Service from budget cuts had pinballed around the digital world. He had 40,000 Twitter followers, and fought neoliberals online with the ferocity of a man one-quarter his age.

When I interviewed Mr. Smith, he was worried about the toll that austerity policies were taking on the world, including in Canada, the country where he had settled 50 years earlier with his German-born wife Frieda, and where they'd raised their three boys. Educating young people about the horrors of the past was his main mission. "The last years of my life should be devoted to at least trying to make a change in the world, and reminding people of the way it was," Mr. Smith said. "The way it shouldn't be again."

At the time, he seemed quite cheery. He felt he was spending his last years and his last stores of energy usefully, touring campuses and talking to young people. But not enough people were listening, and the world got worse.

My Generation did their part in WW2 to preserve democracy So I urge all 18-24 register to vote in EU ref #InCrowd pic.twitter.com/BwNlKKCUZw

We didn't fix bank regs after 2008 crash so now we're no better off then a leaky row boat in the Atlantic #HBOS pic.twitter.com/45E8kYEj6h

When I caught up with Mr. Smith in March of this year, I could hear the worry, raw in his voice. In the two years since we'd spoken, he'd been busy: He'd published a book about meeting his wife in war-ravaged Germany, Love Among the Ruins, and he was up to nearly 100,000 Twitter followers (both good developments.) But the Brexit vote had happened, and Donald Trump had been elected (both bad, very bad.) He was near despair.

"We are at a dangerous crossroads for society and democracy," Mr. Smith said, over the phone from Belleville, Ont. (He splits his time between Britain and Ontario, where one of his sons lives, as well as the widow of another son.) "I believe the world is in just as dangerous a state as it was when I was a teen, watching democracy dissolve all across Europe."

He was having a bit of trouble catching his breath, and paused before his next sentence: "That's why I'm starting a podcast."

A podcast? He probably heard the disbelief in my voice. It wasn't as much of a leap as it seemed, he said. He'd been a radio operator in the RAF, and had always been interested in new technology. He was in constant demand as a speaker, but didn't have the time or energy to fulfill every request. He wrote newspaper articles railing against the demise of the welfare state, but he knew that the young people he wanted to reach weren't likely to pick up a paper. But they might listen to a podcast.

A month later, with the technological help of his son John, Mr. Smith had launched his podcast, Harry's Last Stand. It begins, evocatively, in a most British way: "Think of this as a conversation in the snug of a railway station pub on a wet winter's day. We are just two strangers who have missed our trains, but don't feel like waiting alone. … Our mobile phones are dead, no newspapers are about, and the television is off. As we are strangers, we can speak the truth."

Listen to the podcast 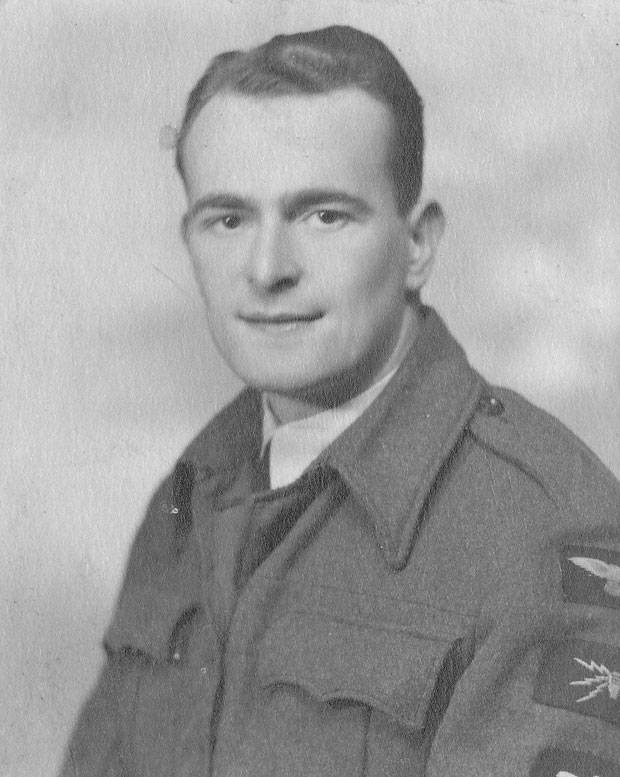 Get caught up on the first seven episodes of Harry’s Last Stand below.

In the seven episodes he's recorded so far, Mr. Smith recalls in pungent detail the deprivation and hunger of his Yorkshire childhood during the Great Depression: "My sister and I would huddle on the floor on a piss-stained mattress and stare at the shadows cast on the dirty garret walls by a lone candle stump. …"

Just try telling that to kids these days. Mr. Smith did, spurred on by a British election that he called "the last whistle stop for democracy." The wolf in this fairytale was the Conservative government and its seven years of austerity cuts, which had created living conditions that seemed alarmingly familiar to him. Mr. Smith cast his first vote in 1945: It went to Clement Attlee, the Labour prime minister who was the architect of the National Health Service. In the 2017 election, he again campaigned for the Labour party, although he was initially dubious about its leader, Jeremy Corbyn.

Mainly, though, it was easier to record episodes than knock on doors. A few thousand people listened to each podcast episode, which pleased Mr. Smith, especially as he grew increasingly frustrated that his message was perhaps not being heeded: "My generation certainly didn't go to the chop willingly. We fought and we protested all through the Great Depression," he said in episode 5. "… Now the working class has been defanged by Netflix and week-long all-inclusive holidays to Spain on the never-never. Whingeing while you wait in the queue of life will get you nowhere."

Mr. Smith's podcast was increasingly filled with the distress and frustration of a 94-year-old man who felt he was shouting into the wind. But then, by the time he recorded the sixth episode, there was an astonishing change in the political mood. The Tories' shoo-in collapsed as the result of a calamitous campaign. Mr. Smith recorded one final exhortation to the young people of Britain: "You can stop this, like my generation did when we were young and our future lay before us like the outline of a New World seen from a sailor's spyglass."

A few days after the election, I catch up with Mr. Smith for a final time. His voice sounds much stronger. He is filled with hope. Labour didn't win the election, but it performed much better than expected, thanks to a surge of support from young voters. Theresa May's Conservatives lost their majority and had to negotiate an agreement for support from the socially conservative Democratic Unionist party of Northern Ireland.

"I'm elated," Mr. Smith says. "It was young people who put us in this position where we finally have the chance to change Britain. I've spoken to young people in schools and universities across England for the past many years, but I never got that sense of awakening that I did this time."

He has returned to Ontario for the summer, but he'll hardly be idle. He has to prepare for the fall publication of his next book, Don't Let My Past Become Your Future. He believes another election in Britain is imminent. And you know what that means: Back to the studio, because there are more episodes to write.

MORE FROM THE GLOBE'S ELIZABETH RENZETTI