What is the United Nations Convention to Combat Desertification?

Essentially, it is an agreement through which countries agreed to set up a program to find ways to stop the spread of droughts that lay waste to farmland across the planet, particularly in Africa. Canada signed the convention in 1994 and ratified it in 1995, and 194 countries and the European Union are currently a party to it.

The UN is holding a major scientific gathering in Bonn next month at which scientists, governments and civil society organizations are "to carry out the first ever comprehensive cost-benefit analysis of desertification, land degradation and drought," says a notice from the United Nations Environment Program.

"Also, for the very first time, governments will provide concrete data on the status of poverty and of land cover in the areas affected by desertification in their countries."

The issue of encroaching deserts has become urgent because of renewed droughts that have plunged millions into poverty in Africa's Sahel belt last year and in East Africa the year before.

When did the government decide to withdraw? How much does it cost?

A spokeswoman for the Canadian International Development Agency confirmed that Canada will follow through on its funding commitments for the next year and "will pay its contribution of $315,000 for 2013."

The government also said Thursday it would not take part in next month's meeting in Bonn.

"While CIDA is still a member until the end of 2013, Canada is not planning to participate in this meeting," said spokeswoman Amy Mills.

Why is Canada withdrawing?

Prime Minister Stephen Harper said Thursday that the program has proven too bureaucratic, with less than one-fifth of the money Canada contributes to the convention going to programming.

"Eighteen per cent of the funds that we send it are actually spent on programming," Mr. Harper said during Question Period.

"The rest goes to various bureaucratic measures.... It's not an effective way to spend taxpayers' money."

Mr. Baird branded the whole process a "talkfest" that does a disservice to Canadian taxpayers.

What has the reaction been?

Not surprisingly, there has been a backlash from environmentalists, who believe the Harper government to be an outlier on climate-change policy in past international meetings.

"Anything that they're involved in that can lead to more evidence that we're a planet in crisis environmentally they don't want to be part of," said Maude Barlow, head of the Council of Canadians and the author of a forthcoming book on global droughts. "They simply do not want this information coming forward."

Robert Fowler, a former Canadian ambassador to the United Nations, said Canada's abandonment of the convention amounts to a "departure from global citizenship."

"It has taken climate-change denial, the abandonment of collective efforts to manage global crises and disregard of the pain and suffering of the peoples of sub-Saharan Africa (among many others) to quite a different level," Mr. Fowler said in an e-mail.

Mr. Fowler ridiculed Mr. Baird's common refrain on foreign policy that Canada isn't interested in "going along to get along."

"No, by jingo, we're not going to go along to get along! Such vainglorious nose-thumbing at the international community's efforts to tame a very present threat to hundreds of millions of the world's poorest and most desperate people is nothing short of incomprehensible."

Former Liberal environment minister Stéphane Dion said the government cannot take any meaningful steps to combat the encroachment of deserts when it is outside an international process that includes every other country on the planet.

"How can you improve something when all the countries that are working on it together are around the table except you?" said Mr. Dion.

"It's [desertification] affecting Canada as well, in the Prairies. Climate change will make it even worse. It would exist without man-made climate change."

What has Ottawa's attitude been in the past?

The Conservative government has previously expressed enthusiastic support for the UN convention, which is known by the acronym CCD.

"Canada actively supports the CCD by taking practical steps to assist developing countries in addressing the problem of desertification," Josée Verner, the international co-operation minister at the time, said in a 2007 statement.

In the same statement, Ms. Verner touted a $4.7-million project by CIDA on "climate change adaptation capacity support" for several African countries, including the semi-arid Sahel region, which spans the continent.

The government moved CIDA into the Foreign Affairs Department in last week's budget.

A CIDA progress report said the project achieved "better understanding of the impacts of climate change on the management of the natural resources in the Sahel."

Funding for the project ended in 2010, a CIDA document says. 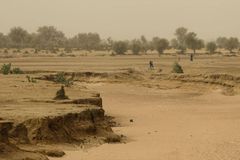 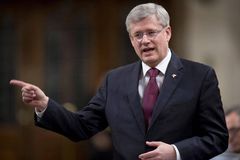 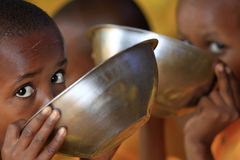 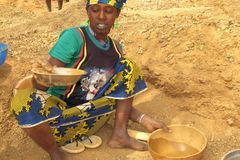