Israel and Hamas did agree to a 12-hour humanitarian truce to begin at 7 a.m. Saturday. Mr. Kerry said he would continue efforts to close the gap between the parties over the weekend.

Terms of the broader proposed ceasefire agreement, which included a seven-day humanitarian truce, were not released, but Israeli sources said the agreement would give a victory to Hamas.

That may be, but in so many other ways, Hamas already is winning.

War, as the Prussian general Carl von Clausewitz said, is the continuation of politics by other means. And victory is not only measured by body counts. The fact that more than 800 Palestinians in Gaza have been killed in this conflict, compared with 38 Israelis, three of them civilians, tells us that Israel is winning on the battlefield. Hamas, however, is playing for higher, longer-term stakes.

"Hamas's strategic objective," said Ariel Ilan Roth, director of the Washington-based Israel Institute, "is to shatter Israel's sense of normalcy." In pursuit of this goal Hamas certainly has succeeded. By their rockets with longer range and bigger payloads, the militants have brought the war to the doorstep of many more Israelis than ever before. They have put "panic in the eyes of Israelis," in the words of the Hamas MP and prominent imam Naif Rajoub. And with its labyrinth of tunnels beneath Israel's frontier, Hamas has undermined Israelis' sense of invulnerability.

Neither Hamas nor the Palestinians of Gaza have yet been knocked off balance. Remarkably, support for Hamas may never have been greater. This was not what Israel expected when it launched this war earlier this month, blaming Hamas for starting the conflict and emphasizing how the militants use civilians as human shields.

And it's certainly not what Palestinian Authority President Mahmoud Abbas wanted. The fact that Gazans are largely united in opposition to Israel and that support for Hamas extends also to the West Bank, where Mr. Abbas presides, has left the Fatah Party leader scrambling for relevance.

Indeed, pro-Hamas anti-Israel protests have broken out in the West Bank in areas near Jerusalem, Ramallah, Hebron and Nablus on a scale not seen since the 2000-2005 second intifada. The protests Friday in Ramallah had the blessing of Mr. Abbas and his party. Seven Palestinians have been killed since late Thursday in clashes with the Israeli army.

To preserve his hold on power, Mr. Abbas was forced to go from being a supporter of Egypt's first ceasefire proposal – one that Israel supported and that simply called for the parties to halt fire with no concessions to Hamas – to being an antagonist of Israel. It was Mr. Abbas's initiative that dragged Israel before the UN Human Rights Council this week, leading to a UN inquiry into alleged Israeli war crimes in waging its war in Gaza.

Rather than continuing to support Israel's position on a ceasefire, Mr. Abbas was moved to support Hamas leader Khaled Meshaal's position instead. That position calls for a number of moves that, in effect, would end the state of siege Israel maintains on the Hamas-ruled Gaza Strip. Chalk up another win.

Israel certainly has recorded considerable victories of its own in this conflict. The Iron Dome anti-missile system has proved to be a wonder, shooting down most rockets headed for populated areas, and helping keep Israel's casualties to a minimum. Israeli operations to unearth and destroy Hamas tunnels and to root out Hamas's command centre in the Gaza town of Shejaia, while costing Israel a substantial number of casualties, have been battlefield triumphs.

Israel's exemplary practice of issuing warnings before strikes on certain neighbourhoods or buildings has given Israel a degree of respect and understanding in the international community, as has Israel's exposing of Hamas's technique of using civilians as human shields, a likely war crime.

But the goodwill Israel enjoyed at the start of this conflict has been squandered as the number of civilian deaths has risen. As British Foreign Secretary Philip Hammond cautioned Thursday, "As this campaign goes on and the civilian casualties in Gaza mount, Western public opinion is becoming more and more concerned and less and less sympathetic to Israel."

What good are Israel's so-called "pinpoint attacks" when other possible consequences are ignored?

On Monday night in Gaza City, Israel carried out a targeted attack on someone in the 10-storey Al Salam Towers apartment building. It appeared that a carefully aimed missile entered the building at about the fifth floor; it still is unclear who the target was. But the effect of the missile was to take out the supports on which the five upper storeys rested. They collapsed together, as in the manner of the World Trade Center in New York on Sept. 11, 2001, coming to rest like a stack of six pancakes atop the fourth storey.

On Tuesday morning, the leg of one man could still be seen dangling in the air, as the rest of his body was pinned inside the collapsed building. The Israeli military, no doubt, had no intention of causing such collateral damage. But at least 15 people, including three children, were killed in this targeted attack.

Hamas's own battlefield accomplishments are not insignificant. Just as its arsenal of long-range missiles has taken the war to Israel's civilians, Hamas's tunnels and overall combat preparedness have taken the battle to the Israeli forces.

In the 22-day war that began at the end of 2008 and extended into early 2009, Hamas militants ran rather than fight. Not this time.

Israelis say they are astonished at the extent of the group's tunnels and the determination of its fighting forces. The 35 Israeli officers and soldiers killed in fighting, mostly in the battle for control of the tunnels and the bloody battle of Shejaia, are testament to Hamas's acquired skills. In the entire 2009 ground campaign, only eight Israeli soldiers were killed by resistance forces. (Four others died from friendly fire.)

If Hamas has uncovered any weakness in the Iron Dome system it is that a big enough salvo of rockets makes it more possible for at least one rocket to get through. And it only takes one.

Targeting Ben Gurion Airport east of Tel Aviv was also a shrewd move. Most rockets aimed in that direction either fell harmlessly in open areas, or were shot down by the Iron Dome. One, however, this past week, landed about a kilometre from the airport and destroyed a house. It was enough to cause a stampede of airlines cancelling service for at least 24 or 48 hours. Some still have declined to return.

The odds of a rocket hitting a moving plane are remote in the extreme, but hitting a building is conceivable, and airlines already were skittish because of the downing of a Malaysian aircraft over war-torn eastern Ukraine earlier in the week. Hamas chalked up another triumph.

The conflict has also exposed rifts in Israel. Gangs shouting "Death to Arabs" and "Death to Leftists" broke up a peaceful protest against Israel's war in Gaza last Saturday night in Tel Aviv's Habima Square.

Witnesses say the goons then went on a rampage in the city's downtown, even as Israeli troops were expanding their ground operation in Gaza.

Similar scenes were re-enacted during the past week in Haifa, Jaffa and Jerusalem, showing a sinister side to Israeli society. "As soldiers fight in Gaza, right-wing extremists have organized ad-hoc militias to fight the 'war at home,'" noted Israeli political writer Asher Schechter, writing in Haaretz.

Such battles reveal a growing schism in Israeli society, a product of the war with Hamas and the issues that underlie it. Writing in this week's Foreign Affairs magazine, Mr. Roth of the Israel Institute, noted that sowing discord in Israeli society, such as witnessed in the past two weeks, is one of several ways in which Hamas is winning this war.

While not in itself bringing Israel to its knees, such discord eats away at the cohesion that has given Israel its historic strength to face its enemies.

But it is in the strategic areas that Hamas has enjoyed its greatest success.

By holding out so resolutely, and turning down ceasefire proposals, Hamas has succeeded in putting its wish list before the world.

Mr. Meshaal, the Hamas political leader based in Qatar, presented the list to the public Thursday.

The people of Gaza, he said, want an internationally backed commitment to ending Israel's siege of Gaza and the targeted killings it carries out inside Gaza. They want an international airport, a seaport, an opening to the outside world. They don't want the situation where they are "controlled by a few border crossings that turn Gaza into a huge prison, where no one can leave even for medical treatment or to work."

If Hamas is offered those things, or a good number of them, its leaders say they'll stop firing at Israel. A growing number of people around the world don't think those demands are unreasonable.

Israel thought that by abandoning Gaza in 2005, pulling out all Israeli settlers and soldiers, and building a wall around it, Israel would enjoy quiet.

This war has shown that such an approach won't ever be successful. 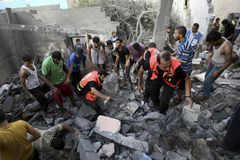 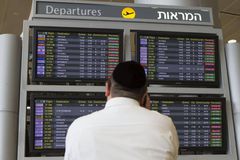 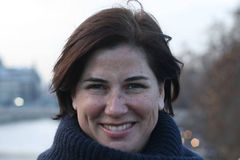