When a thief barged into his mother-in-law's house in Belfast and swiped two rare paintings, Robin Thompson launched a one-man crusade to track them down.

Now, after five years of searching and four years of painstaking negotiations with a reluctant art dealer, Mr. Thompson has finally managed to get back one of the stolen works, Bringing in the Turf by acclaimed Northern Irish artist William Conor. He's almost given up finding the other painting, The Prodigal Son, by another famous Belfast artist Daniel O'Neill, and his nine-year ordeal has left him frustrated with the art world and the police.

"I have spent an awful lot of time on this, more than I care to say," said Mr. Thompson, a 75-year-old retired businessman who lives in Belfast. "What has been achieved in having this picture returned has been in spite of the police rather than because of them."

Mr. Thompson's case highlights the murky side of the art trade, where paintings are often bought and sold without anyone really knowing where they came from. Few police forces have the time or resources to devote to stolen art cases and most galleries don't have the budgets to properly check the provenance of the pieces they acquire. Major museums too have been duped into buying and displaying looted art.

Last year, one of New York's most prominent art dealers, Nancy Wiener, was charged with selling millions of dollars worth of stolen artifacts to collectors and museums around the world for years, including the Metropolitan Museum of Art and the National Gallery of Australia. Her case is still before the courts and came after another New York dealer, Subhash Kapoor, was charged in India in 2011 with selling more than $100-million (U.S.) in stolen artwork to museums in the United States, Asia and across Europe. Mr. Kapoor is awaiting trial in India.

Canada hasn't been immune from controversy. In 2015, then-prime minister Stephen Harper returned to India Parrot Lady, a 900-year-old sculpture that somehow ended up in Canada in 2011 after mysteriously vanishing from the Khajuraho temples in India.

Mr. Thompson's saga illustrates the complexities and competing interests that can emerge once a stolen painting has been found. The Conor and O'Neill paintings had been in his family since 1948 when his father-in-law, Frank Malpress, acquired them. Mr. Malpress, a professor of biochemistry at Queen's University Belfast, was an art lover who knew many artists including Mr. Conor and Mr. O'Neill.

The two works hung in Mr. Malpress's home for decades, coming down only once in 2003 when local police were hoping to use the paintings as lures to catch some art thieves. To draw in the crooks, Belfast police made replicas of Mr. Malpress's prized works and stored away the originals. Officers waited weeks for the thieves to strike, but when they didn't, the paintings were returned to the Malpress home.

Five years later, a man showed up at the Malpress door claiming he was looking for art to display in a senior's homes. Mr. Malpress had died a year earlier and his 95-year-old widow, Turid, was no match for the man who pushed his way into the house. He took both paintings and left a few hundred pounds in cash on the table, a common ploy art thieves use so that if caught, they can claim they bought the paintings. Ms. Malpress called the police and her son-in-law.

"I actually made quite big efforts to try and get the police to do something," Mr. Thompson recalled. "But they were too busy."

Left to do his own investigation, Mr. Thompson began scouring art galleries and collections across Britain and around the world looking for any sign of the paintings. He spent five years searching art auction websites and checking in with dealers. Then, one day in 2013, he spotted Bringing in the Turf on a site run by Whyte's Auction House in Dublin. Mr. Thompson contacted the gallery and was told the painting had been sold to an American for $30,000.

With the help of Chris Marinello, the founder of Venice-based Art Recovery International, which tracks down stolen art, and an FBI agent, the purchaser was tracked down to Chicago and he agreed to return the painting if he was reimbursed by Whyte's. The gallery handed over the money and took back the painting. But it refused to give it to Mr. Thompson until it too could be reimbursed by the people who first sold the painting.

"That's when things got a little hairy," Mr. Marinello said.

Whyte's began tracing back the ownership of the painting and quickly discovered the dealers who had handled it over the years had gone bankrupt. The trail ultimately went cold, leaving a kind of stalemate. Whyte's was out the $30,000 it paid the Chicago buyer and still didn't want to hand back the painting to Mr. Thomspon. And he was out the painting even though everyone agreed that it belonged to his family.

Mr. Marinello said the problem could have been avoided if Whyte's had done better due diligence on the painting when it first came to the gallery's attention. A London-based organization called the Art Loss Register runs a database of stolen art, but it isn't complete and thieves typically falsify documentation about provenance, he said.

The Thompson case "takes due diligence to a whole new level where you need to first check if something is stolen, listed on a database as stolen, and then do a little background check on the people you do business with," Mr. Marinello said. "A lot of times, [art galleries] don't want to know. They feel it's not their responsibility or they don't have the money for due diligence."

He added that the problem is getting worse as thieves exploit the lack of due diligence. "We are wondering when it will become more of a serious issue. How many of these examples do we have to see? That's the problem," he said.

Earlier this summer, after four years of negotiations, Whyte's gave the painting back to Mr. Thompson. The thief has never been caught and it's still unclear how the painting made its way to Whyte's.

Mr. Thompson is just happy to have it back and he's careful not to divulge where it is hanging. "We've got it back, I think that's all I want to say at the moment because obviously it's a picture that is desired," he said. As for the O'Neill work, which is considered more valuable, "Maybe it will appear after I'm gone," he said. "But don't worry, I've kept the family informed and, if it ever appears, they will pursue it." 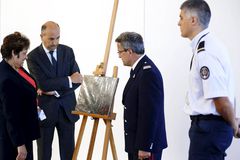 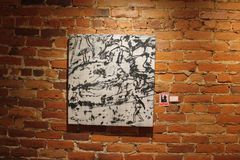