Japan has been there before. And that's what makes the growing radiation threat from the Fukushima Daiichi plant as mysterious as it is disturbing: Why did a country that suffered the utter horror of Hiroshima and Nagasaki so willingly give itself over to nuclear power?

Japan's 55 reactors produce nearly 30 per cent of the country's electricity, and the long-term strategy before the Fukushima disaster was to push that figure to 50 per cent by 2030. Almost alone among its political allies, whose ambitions were reined in by the catastrophes at Three Mile Island and Chernobyl, the land that experienced the atomic bomb has chosen to expand its network of nuclear plants, many of them knowingly built in seismic zones.

Whatever the future now holds for Japan's shattered nuclear dreams, how could it so easily have overlooked its past? The answer begins with the country's astonishing postwar recovery and its success in undoing the devastation of which Hiroshima remains the most potent symbol.

The turning point was the international oil crisis of 1973, an Arab oil embargo that shocked an emerging superpower dependent on imported energy to fuel its 10-per-cent annual growth rate. Unlike other major powers, Japan doesn't have oil or natural gas.

Suddenly, as oil prices quadrupled, the emerging superpower recognized its greatest vulnerability: It was a resource-poor island committed to high-tech industrial growth and nonstop consumption of electricity. The progress promised by endlessly optimistic politicians in the wake of war's destruction could only be achieved with an extreme version of self-sufficiency. And so discovering an alternative to imported oil was turned into an issue of national security, where the spectre of Hiroshima is nowhere to be found.

"They don't see the anomaly," U.S. historian John Dower says. "Nuclear power is for the good of the country."

Security is a complicated idea in Japan. Its political security has been tied to the United States since the end of the Second World War, a client-state relationship that undermines feelings of national pride. So any areas where independence can be expressed become more attractive, whether it's protecting rice farmers from cheap imports or developing a domestic energy network that stabilizes the Japanese economy and frees it from the unpredictability of the Arab world.

"The Japanese talk about security in terms of cultural sensibility," says Ian Condry of the Massachusetts Institute of Technology. "It's as much an idea of sovereignty as it is of protection. So there's an effort to balance the fear of nuclear power with the desire to be independent of foreign oil suppliers."

To allay the fears, Japanese advocates of nuclear power have gone out of their way to stress its virtues: It's safe (because it's in the control of punctilious engineers), clean (in a country that prizes purity) and proudly Japanese. The Tokyo Electric Power Co., which operates the Fukushima Daiichi plant, features a plucky little cartoon mascot on its website who promotes the "safety and necessity" of atomic energy. Mascot characters recalling the nuclear-powered manga character Astro Boy (known as Mighty Atom in Japanese) have also been used to brand power stations as tourist destinations for families, Concordia University history professor Matthew Penney says.

"The Japanese public has been ambivalent about nuclear energy," he says, "but many people are won over by the idea that the industry represents an example of Japanese ingenuity supporting national prosperity."

The spectre of Hiroshima and Nagasaki haunts nuclear energy's doubters, and the survivors of the bombings - known as hibakusha - have been prominent in campaigns against nuclear expansion. And yet their influence is more limited than non-Japanese might think. Information about the bombings was suppressed during the years of the American occupation of Japan (1945-52), and survivors of the blasts - sickly, disfigured and impoverished - often found themselves shunned by the rest of Japanese society.

Meanwhile, a Japanese civil nuclear program was launched in the early 1950s, supported by the Americans and building on the legacy of wartime scientific research. Nuclear energy, shedding its dark past, was now idealized as an instrument of peace and order. With information about the atomic bombings being suppressed, and with radiation victims forced to the margins, it was possible to make a case for the beneficial side of nuclear power in the country that had suffered its worst effects.

"The political and corporate elite constructed the infrastructure of Japan's nuclear power project before the Japanese public even understood what had happened in Hiroshima and Nagasaki," says Michele Mason, who teaches Japanese culture at the University of Maryland.

And yet Japan is the country of Godzilla, the destructive beast created by an atomic blast who stomped around Tokyo destroying all the postwar prosperity he could find: The symbol of atomic power's dark side seems far from ambiguous. The 1954 horror movie was prompted by a U.S. nuclear test that irradiated a Japanese tuna trawler, but it also coincided with the launch of the Japanese nuclear-power program and popularized the doubts that nuclear advocates have had to argue against ever since.

Radioactive monsters are as commonplace in Japanese popular culture as superheroes are in the United States. Given their apocalyptic prominence, the exuberance for nuclear power may looks more like overcompensation than collective forgetting. The disaster at the Fukushima Daiichi plant has shown the nation that nuclear power is neither safe nor clean. Is it enough that it's still Japanese? 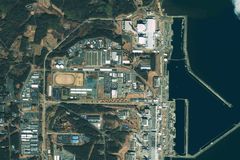 Survivors of Japan's tsunami
Gallery
March 16, 2011
Ottawa joins U.S. in enlarging Japan evacuation zone for its citizens
March 17, 2011
For many who fled danger in Japan, the nightmare continues
March 16, 2011 Workers brave radiation in effort to save plant
March 16, 2011 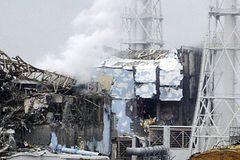 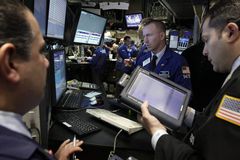 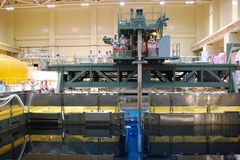