Egypt's twisting politics have returned to sting Barack Obama. The U.S. President, pushed by the ballot box into an uneasy alliance with an elected Islamist leader, is now accepting his ouster.

In the space of a year, two kinds of Egyptian people-power have whipsawed Mr. Obama's policy toward an important Arab nation he cannot afford to ignore.

He bowed to the democracy movements of the Arab Spring a year ago by promising Egyptians he would work with the president they elected, even an Islamist like Mohammed Morsi – and continued to send military aid to Egypt. But many of the millions who took to the streets this week to demand Mr. Morsi go also blamed the U.S. for supporting him – and when the army stepped in to undo the electorate's choice, Mr. Obama accepted it.

The U.S. President said Wednesday he's "deeply concerned" about the army intervention, and urged an early return to elected civilian rule – but he did not condemn the ouster outright. "The voices of all those who have protested peacefully must be heard – including those who welcomed today's developments, and those who have supported President Mursi," he said in a statement. "In the interim, I urge all sides to avoid violence and come together to ensure the lasting restoration of Egypt's democracy."

Just minutes before Egypt's military commander announced that Mr. Morsi had been removed, however, U.S. State Department spokesman Jen Psaki declined to comment on whether the army could legitimately remove him. "We're not taking sides in this," she said.

But one way or the other, the Obama administration is taking a position. A military ouster of an elected president would normally bring sharp recriminations from U.S. officials. This time, the U.S. shrugged.

So far, the United States has not called Wednesday's events a coup – as it clearly wants to continue its alliance with Egypt, under new leadership. The issue about calling it a coup isn't just about international acceptance, but U.S. aid dollars that depend on it.

American law forces the U.S. government to cut off aid to countries after a coup – threatening the $1.3-billion the United States provides to Egypt each year. Mr. Obama said he would launch a review of U.S. aid to Egypt. But news agencies, citing unnamed officials, suggested the Obama administration might seek to delay any determination on whether a coup has taken place, to give Egypt's military leaders time to make good on promises to hold elections.

Mr. Obama's willingness to accept Mr. Morsi as the elected president has haunted him in recent weeks – as many of the opposition protesters in Egypt blamed his administration for supporting a president from the ranks of the Muslim Brotherhood.

But the decision to work with Mr. Morsi, and continue military aid, was largely tactical: The U.S. wants influence with Egypt, the most populous country in the Middle East with 83 million people. Its security policy in the region depends on Egypt sticking to its treaties with Israel. And U.S. Secretary of State John Kerry's efforts to revive Mideast peace talks will require Egyptian co-operation.

Egypt's example could also dictate the course of Arab Spring democracy movements – and whether Islamists like the Muslim Brotherhood that took part in elections will turn their back on democracy. Two neighbouring monarchies, Saudi Arabia and the United Arab Emirates, essentially welcomed Mr. Morsi's ouster.

But University of Waterloo professor Bessma Momani said Western governments would not have accepted the ouster of a secular liberal president in a similar "coup d'état," and things could deteriorate if Egypt's army rounds up Muslim Brotherhood members and the movement goes underground again. "It plays into the ugly narrative of us versus them," she said.

Like the U.S., Canada also faces a conundrum in responding to Wednesday's events. The Harper government, normally critical of any military takeover, knows most Egyptian-Canadians sided with the protesters in calling for Mr. Morsi's ouster. Ottawa, however, didn't shy away from calling it a coup – but also didn't directly condemn it. Foreign Affairs Minister John Baird, instead, called for calm, and efforts to establish a transparent democracy.

"Canada firmly believes that implementing a transparent democratic system that respects the voices of its citizens, and that encourages and respects the contributions of civil society and all other segments of the population – including religious minorities – is the best way to restore calm and give all Egyptians a stake in the future stability and prosperity of Egypt," he said in a statement. 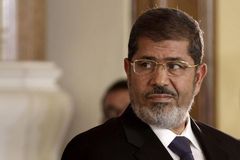 Egypt cheers as Morsi is pushed aside by military
May 11, 2018 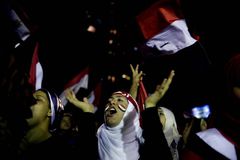 Morsi was an unlikely leader with a tenuous grip on power
May 11, 2018 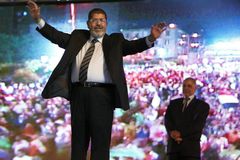 Opinion
Military rule may be Egypt’s least bad option
May 11, 2018 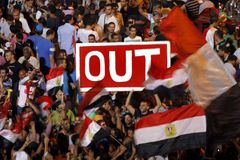 Opinion
The myth of political Islam has been exposed in Egypt
May 11, 2018

Opinion
Egypt’s anti-Islamist uprising: How did it come to this?
May 11, 2018 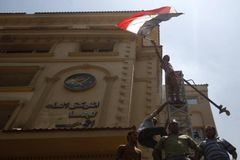