From her home in Sherbrooke, the wife of jailed Saudi blogger Raif Badawi – sentenced by a Saudi court to a decade in prison and 1,000 lashes for insulting Islam – called on the incoming government of Justin Trudeau to fulfill its pledge and throw its weight behind a robust effort to reunite the family.

The call comes on the same day the European Parliament awarded Mr. Badawi the prestigious Sakharov Prize for Freedom of Thought – which, in the past, has been awarded to Nelson Mandela and Malala Yousafzai.

Ensaf Haidar said she was hopeful the prize would help her husband's cause and that an encouraging meeting with Mr. Trudeau earlier this year would lead to a direct intervention with the Saudi government.

Ms. Haidar said Mr. Trudeau told her at their meeting in his Ottawa office in January that the Badawi case was a priority and he promised to work on it. "When I met Mr. Trudeau, it was a very positive meeting. It showed that he was clearly adopting the cause," she said. "I hope that he will work on it with his entire force."

Liberal party press secretary Cameron Ahmad said he was restricted in terms of what the incoming government will do because it is not yet in place.

But Mr. Ahmad pointed to the party's previous statements that have called for an end to Mr. Badawi's punishment, clemency and for the blogger to be reunited with his family.

Other social-media messages over several months from Mr. Trudeau expressed alarm that the blogger could face re-trial and the death penalty, calling his treatment torture and urging then-prime-minister Stephen Harper to intervene.

Getting the kingdom of Saudi Arabia to bend and release the 31-year-old Saudi blogger so that he can be reunited with his wife and three children – who moved to Canada as refugees last fall – will test Mr. Trudeau's skills in international diplomacy. So far, the Saudi government has not shown that it is willing to release him.

Mr. Badawi, a Saudi national, was lashed 50 times outside a mosque in Jeddah in January. A global outcry sparked a movement of politicians, authors and human-rights activists calling for his release.

A plan to punish the blogger with 50 lashes every Friday over 19 weeks was has since been postponed. and his case reviewed. But a court upheld his sentence in June and his supporters fear the punishments could resume any time.

Mr. Badawi was an active member of a growing online movement of Saudi liberals challenging the religious establishment by openly discussing issues like separation of religious institutions and the state.

Ms. Haidar is unsure whether her husband knows he has been awarded the Sakharov Prize. When they last spoke six days ago by phone, he was aware that he was in the running for the award, she said.

Mr. Badawi and Ms. Haidar last saw each other four years ago when the family was living in Jeddah. When Saudi authorities pursued charges against Mr. Badawi, his wife and three children fled to Lebanon – and eventually to Canada. The blogger was imprisoned in 2012.

"Canadians are my family," Ms. Haidar said. "The Canadians helped me in my new environment, when I was vulnerable."

The couple's three children – Najwa, 12, Tirad, 11, and Myriam, 8 – are now fluent in French and integrated into Quebec society, said Ms. Haidar. "They are very proud of their father."

She said she looks forward to learning how to drive so that she can personally go to the airport one day to pick up her husband after he is released. That will only be possible with a direct request from the Canadian government to the Saudis and safe passage to Canada as a refugee, she said.

"I hope, I hope, I hope and wish for the day [Mr. Trudeau] goes to Saudi Arabia and brings Raif back with him," she said. 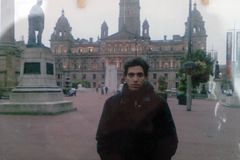 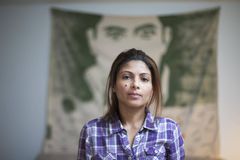