A question left hovering in the air, as Julian Assange returned to a London jail on Tuesday, is whether the mercurial founder of WikiLeaks has been disappointed to find his conspiratorial view of the world disproved by the very trove of documents he has leaked.

The 39-year-old Australian is now embroiled in a set of Swedish sex-crime accusations, apparently unrelated to his company and yet to be tested in court, whose bizarre legal intricacies and onerous bail and extradition conditions might have been scripted by Franz Kafka. On Tuesday, he was briefly released on £200,000 bail by a British judge and then returned to a solitary-confinement cell on a Swedish court's request, to be appealed later this week.

But his high-publicity drama, and a brief and angry statement he issued through his mother on Tuesday morning, have drawn attention to his elaborate guiding philosophy, which views government not so much as a public service as a set of highly organized plots against the people.

WikiLeaks, by passing documents from government whistleblowers to the media, is thought by Mr. Assange to be a tool with which people can decode that conspiracy and reveal and disable its central controls, he has said in a series of essays, interviews and statements.

The British newspaper The Guardian interviewed a number of Mr. Assange's friends and WikiLeaks colleagues on Tuesday and found a group of increasingly skeptical supporters who see him as having embraced the libertarian, anti-government philosophy popular among many people employed in the information technology industry, but with a messianic streak.

One Assange colleague, echoing views of other WikiLeaks staff who this week broke away to form the more transparent and politically neutral OpenLeaks organization, called him a "naive libertarian," adding: "He makes the connection between government and conspiracy. He really does think that WikiLeaks is going to change the world."

Mr. Assange launched WikiLeaks with the publication of a manifesto in November, 2006. Titled "State and Terrorist Conspiracies," he argues that governments, which he describes as being similar to terrorist organizations, can be disabled and put out of power by opening up leaks that will cause their internal conspiracies to turn against themselves.

Mr. Assange, in this essay and in numerous interviews, describes the modern democratic state as an "authoritarian conspiracy," a "terrorist organization," an "unjust system of governance" and a "conspiratorial power network." In sum, he believes that government is formed of a network of co-conspirators who communicate secretly to pursue a covert aim, which involves controlling and misleading the public, and a government's main tool is "information restriction," or simple deception.

"Since unjust systems, by their nature, induce opponents, and in many places barely have the upper hand, mass leaking leaves them exquisitely vulnerable to those who seek to replace them with more open forms of governance," he concludes in the essay.

To this end, is it possible that Mr. Assange is disappointed that WikiLeaks has not revealed the United States government to be driven by an elaborate and centrally controlled conspiracy?

The leaks from the State Department and Pentagon, amounting to hundreds of thousands of documents of which only parts have yet been revealed, have unveiled one or two instances of spying, some serious military excesses and undocumented civilian deaths that occurred during the Iraq and Afghanistan wars, and a few cases of co-operation with unsavoury leaders.

But for the most part, the diplomatic cables leaked to date show a network of public servants whose actions are independent, reasonably professional and not driven by anything other than widely understood government goals. While the diplomats sending the wires often describe criminal activities by unelected or semi-democratic regimes, they describe few of their own, beyond those, like the Guantanamo Bay detentions or spying on United Nations officials, that were already well known.

"After a fortnight of revelations," Gideon Rachman, the international-affairs columnist with the Financial Times, noted on Tuesday, "WikiLeaks has revealed that, remarkably enough, the public position taken by the U.S. on any given issue is usually the private position as well. … Conspiracy theorists all over the world must be deeply disappointed."

Yet while many other observers seemed to be coming to that conclusion, - that the United States public sector is a fairly ordinary bureaucracy, if one occasionally given to colourful observations and excesses - statements by Mr. Assange this week seem to suggest that he has deepened his conspiracy beliefs.

Mr. Assange's only statement has come through his mother, to whom he dictated a short statement she read on Australian television.

His convictions remain unchanged, his statement says, and "these circumstances shall not shake them. If anything, this process has increased my determination that they are true and correct. … We now know that Visa, Mastercard and Paypal are instruments of U.S. foreign policy." 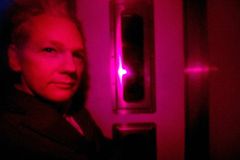 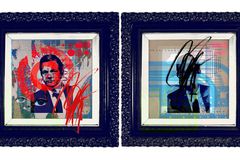 Opinion
The warped world of Julian Assange
December 11, 2010
Follow Doug Saunders on Twitter @dougsaunders
Report an error Editorial code of conduct
Due to technical reasons, we have temporarily removed commenting from our articles. We hope to have this fixed soon. Thank you for your patience. If you are looking to give feedback on our new site, please send it along to feedback@globeandmail.com. If you want to write a letter to the editor, please forward to letters@globeandmail.com.
Comments