Haiti's long-running misery - made far, far worse by the catastrophic earthquake - will draw a media frenzy and an outpouring of humanitarian aid, but there's concern the world's attention will quickly drift away from the impoverished failing state as it has before.

"Cynically, it feels like a 'pity time for the Haitians' but I doubt much will really change," said Yves Engler, a left-wing activist from Montreal who blames the United States, along with Canada, for decades of self-interested meddling in Haitian affairs. "We bear some responsibility … because our policies have undermined Haiti's capacity to deal with natural disasters."

Critics such as Mr. Engler see a cycle of outside intervention followed by indifference that has doomed Haiti to dependence and defencelessness in face of both outside bullying and the strong-arm brutalities of dysfunctional and sometimes despotic rulers.

It's a view shared by many Haitians who still regard the military intervention by Canada, the United States and France five years ago as barely disguised regime change that resulted in elected president Jean-Bertrand Aristide being flown out of the country into exile.

Others regard the post-2004 era as fundamentally different from previous interventions, which usually ended with Haiti just as poor, violence-racked and hopeless.

"Canada's role has been refreshingly positive and enlightened and two successive governments have gone on the record saying they are in for the long haul," said Stephen Baranyi, a leading development expert at the University of Ottawa's School of International Development and Global Studies.

Mr. Baranyi said much remained to be done - even before the earthquake's devastation - but he added that the international community, especially some key Latin American nations, has made significant, long-term commitments to Haiti.

"Canadians should be very proud," Prime Minister Stephen Harper said two years ago on a brief visit to the notorious Cité Soleil slum in Port-au-Prince. "Our help is making a difference in terms of safety of people's lives, in terms of giving them some hope and some opportunity."

Haiti gets roughly $100-million a year in Canadian development aid, second only to Afghanistan on Ottawa's priority list. That also makes Canada the second-largest donor to Haiti, where nearly 10 million people are crammed into one of the most densely populated spaces on Earth.

In the mid-1990s, however, when U.S. and Canadian troops were sent to Haiti and a massive development plan launched, the effort was abandoned within a few years.

"They did their 'mea culpas' over leaving," he said.

There's broad agreement on what's needed: a major and long-running commitment to restoring Haiti's agricultural sector. Once a major food exporter, Haiti can't feed itself, largely because of land denuded of topsoil by runoff from mountains stripped of forests by people desperate for wood to make charcoal.

But it is Haiti's rickety and mistrusted political structures that need the most attention. "Canada has to be part of the search for a new political compact," Mr. Baranyi said. Next month's parliamentary elections are in doubt. Their credibility was already suspect given the government's decision to outlaw more than a dozen parties, including the populist Lavalas movement associated with Mr. Aristide.

Staying the course - for years, perhaps decades - will test international resolve in one the world's saddest places. "If Canada and its partners in Haiti rise to this historic challenge, they may find themselves walking the talk of national ownership and sustainable development," Mr. Baranyi wrote in a paper due for publication later this year. Another premature exit and "Canadians might well ask whether the considerable investments made since 2004 have really been worth the candle, as they are currently asking about Canada's more precarious role in Afghanistan."

To join the conversation, click on the play button below: 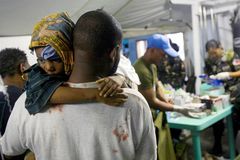 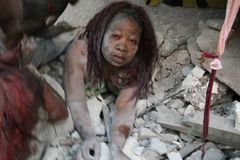 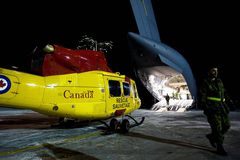 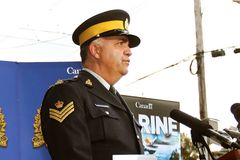 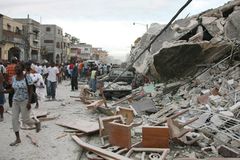 Five of the most powerful earthquakes
January 13, 2010 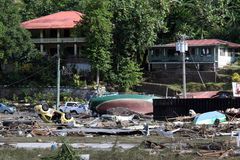 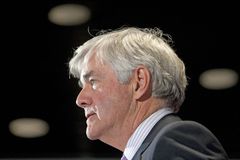 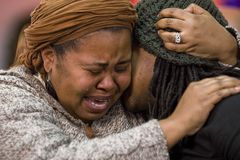 Do you have loved ones in Haiti?
January 13, 2010
Follow Paul Koring on Twitter @PaulKoring
Report an error Editorial code of conduct
Due to technical reasons, we have temporarily removed commenting from our articles. We hope to have this fixed soon. Thank you for your patience. If you are looking to give feedback on our new site, please send it along to feedback@globeandmail.com. If you want to write a letter to the editor, please forward to letters@globeandmail.com.
Comments