Before he retreated to his home village, then to a compound and then into a drainage pipe with a golden pistol in hand for his final standoff, Moammar Gadhafi made it abundantly clear in one of his final marathon rants that he and his sons would not flee or surrender.

"We only have one choice. This is our country and we shall stay here till the end – dead, alive, victorious. It doesn't matter," he said in a scratchy audio address from an unknown location in June. "We shall not leave. We shall not surrender. We shall not sell it. We welcome death."

There were, it turned out, two truths in this. They tell us why the popular movement to unseat Col. Gadhafi proved so difficult, and why the next moment is an utter unknown.

First, Col. Gadhafi, the self-appointed ruler of Libya since 1969, did indeed fight to the very end, as he vowed when he began using heavy arms to beat back popular demonstrations in February. Rare among African dictators, he chose to declare total war, such as he was able, against the entire Libyan people, laying waste to his entire country in order to preserve his family's rule and his own life.

He did this in the most determined way, by retreating to his tribal heartland of Sirte, with at least one of his sons and their militias, to lead rump forces in a final battle that lasted more than two months beyond the fall of Tripoli, the capital, to rebel forces.

Rather than giving up when his end was inevitable, as the dictators in his neighbouring Tunisia and Egypt did, sparing countless lives, Col. Gadhafi once again put himself first, shielding himself behind hundreds of disposable young soldiers as he retreated to the last possible redoubt: A loyal village, then a single compound and then a drainage pipe.

The fall of Sirte on Thursday marked, in every important way, the end of the eight-month battle by Libyan citizens to oust their dictator.

He was almost the last man standing. This showed, more than anything else in his life, that he truly believed his own mythology: He presented himself to the world as the embodiment of the Libyan state, and he was willing to defy every one of his subjects to prove this.

The second truth was contained in his claim to be the rightful owner of Libya: "This is our country… we shall not sell it."

For this was the central problem of Moammar Gadhafi's Libya, the crucial fiction behind the mythic "Socialist people's Libyan Arab state." It was his state. He was the sole proprietor. There was nothing beyond his ego – and without him, this slice of Sahara is a tabula rasa, an empty vessel.

When I was in Libya under Col. Gadhafi's rule, I would be handed great swathes of Mr. Gadhafi's personally penned manifestos: The Green Book, his desert-socialist manifesto of utopian pseudo-Maoist socialism; the Great Green Charter of Human Rights of the Libyan People's Arab Jamahiriya (as he called his form of government), which outlined the complete equality that governed Libya, and the constitution titled "Authority of the People," which outlined the awkward network of committees and annual meetings that served as a government in Libya, under the guise of "direct democracy."

None of it bore any resemblance to Libya. Even the senior officials who gave me the official lectures on these books would acknowledge to me that it as a one-man state, governed by the will of the eccentric, possibly syphilitic military man who seized it in 1969.

He was able to buy off most of Libya's tiny population by lavishing oil money on infrastructure and amenities that were considerably better than most African states (though he skimped on universities, which were mediocre, and hospitals, which were truly dire).

For the rest, there was terror. He was able to drive out the professional army, bullying it into collapse and replacing it with informal militias, and the Islamists – or anyone he considered an Islamist, which was thousands of people.

He declared political parties and organizations of all sorts (except, bizarrely, the Boy Scouts) a fundamental sin, banishing them as a constitutional evil and against the basic values of Libyans. This made a political opposition impossible – and means that the people now trying to form a new government have no experience with its institutions.

But it also means that he was never able, and never tried, to form a Green Book party. Unlike the Baathists of Iraq or Syria, who remain loyal to the party's ideas after the death of Saddam Hussein and (eventually) Bashar al-Assad, or the various Islamists and liberals of the region, there is no system of belief that survives Col. Gadhafi. He is the state, and with his death, so dies its animating idea.

But it is abundantly clear that his ideas will not outlive him. His was the first, and will be the last, Socialist People's Arab Jamahiriya.

It is not so clear what ideas will take his place. He left six million people who, despite their characteristically Libyan pride and self-regard, have been humiliated before the world for two generations. As they cheer the richly deserved death of their abusive father, Libyans are slowly realizing just how little he left them. 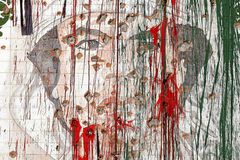 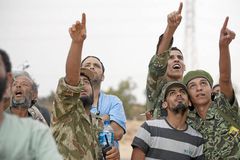