Their message is appallingly simple: Let us seize control of Somalia, or we will slaughter your civilians.

Al-Shabab will inevitably be compared to al-Qaeda for the sophistication, surprise and bloodthirstiness of their horrific weekend-long attack on a Nairobi shopping mall. It was a coldly strategic attack with specific, purely political motives.

But, while al-Qaeda and al-Shabab are aligned in a number of ways, including their recruitment of foreign fighters and their use of modern communication technology, the al-Shabab fighters are not an international terrorist organization, but rather a group with purely national, domestic aspirations, much like Afghanistan's Taliban – but one that has learned to strike beyond its borders to achieve its goals.

"We are saying to the Kenyans, leave our country. That's the first message. And if they refuse to leave our country then we will wage real war." That is what al-Shabab's spokesman told a British reporter on Sunday night as the mall siege continued.

He added: "And we are saying to the Europeans and the Americans who have been supporting those who have been attacking us, you should tell the Kenyans to stop their aggression if you want to be safe."

This is, in other words, a shock attack, designed to intimidate African civilians to the point that they want their countries to have nothing to do with Somalia and instead allow al-Shabab to have its way there.

Kenya has led the African Union's multinational military effort, known as AMISON, to prevent the Islamist militia from seizing Somalia, a state that has been largely ungovernable for the past two decades and has fallen prey to Shabab's brand of religious politics. The AU's campaign has been largely successful, to the point that legitimate nation-wide elections were held a year ago without significant al-Shabab interference; it appeared to some observers that al-Shabab might be in terminal decline.

But the group still effectively controls large swathes of southern Somalia, where it imposes a strictly ascetic form of Islamic theocracy – music is banned, beheadings and amputations are common punishments. And it is from this base, and with arms channelled by extremists across Africa and Asia, that it plots the overthrow of the elected government and the imposition of a nation-wide caliphate.

While its beliefs may resemble those of al-Qaeda, it does not share the global ambitions: While Osama Bin Laden's oft-stated goal was to remove all Western and non-Islamic forces from the "land of Islam" – that is, from every Muslim-majority state – the Shabab fighters, even with this weekend's attack, are seeking only to seize control of Somalia, an act that cannot take place without the banishment of Kenyan troops.

It is not surprising that the group would target Kenya (even if the grotesque nature of its attack was unexpected) – since 2011, when al-Shabab prevented food aid from reaching southern Somalia during a terrible drought, Kenyan forces have been successful in driving al-Shabab out of its southern strongholds. In return, al-Shabab has staged numerous attacks and kidnappings across the Kenyan border; the mall attack is merely a dramatic escalation of an ongoing assault across the Somali-Kenyan frontier.

Likewise, this not the first time al-Shabab has terrorized a foreign country's civilians in the name of seizing Somalia. Three years ago, in July, 2010, al-Shabab staged a series of simultaneous bombings aimed at crowds of civilians watching World Cup soccer in Kampala, Uganda; the atrocity killed 74 civilians, including foreigners. The purpose of those attacks, like this weekend's in Kenya, was to drive African Union soldiers out of southern Somalia; it occurred days after Uganda had contributed troops to an increase in AU forces.

Those attacks are specifically aimed at non-Muslim populations: Uganda and Kenya are both about 80 per cent Christian. But while al-Qaeda's attacks in non-Muslim countries are justified with the self-described goal of banishing "infedels" from Muslim countries, al-Shabab has no such sweeping ideology, but only a very focused, almost non-ideological goal of seizing power in Somalia. To achieve this goal, it will stop at nothing, including radicalizing Somali expatriates in Western countries including Canada, and killing infants and senior citizens in "enemy" nations.

In this sense, the group is more like the Afghan Taliban: Extreme and undemocratic to an almost mediaeval degree, narrowly focused on seizing power within one country and converting it into a theocracy, and willing to commit or support terror attacks on civilians in foreign countries whose militaries are participating in efforts to dislodge them.

This is cold comfort to the African and Western governments attempting to bring peace and democracy to Somalia – while the threat is not the same as the al-Qaeda forces that have threatened Mali, it may prove to be even more intractable and difficult to fight, because it is so singularly focused on a single goal. While more limited, it may prove to be a greater threat. 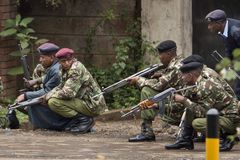 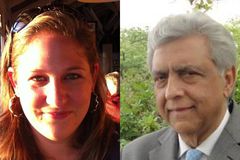 Kenyans shaken as death toll in mall siege is expected to rise
September 22, 2013 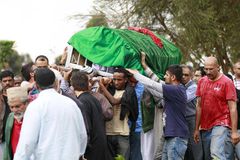