In the world of economic policymaking, acronyms and shorthand are endemic. When he was finance minister, Paul Martin scribbled the names of a handful of countries on a brown envelope in Larry Summers' office, eventuating in today's G20. We had the Asian Tigers (Taiwan, South Korea, Hong Kong, Singapore) and more recently the MISTs (Malaysia, Indonesia, South Korea, Turkey). The most popular of such pithy concoctions has undoubtedly been Jim O'Neil's 'BRICs,' an acronym birthed in 2001 by the former Goldman Sachs asset manager to denote the transfer of wealth away from the G7 to the hottest markets in the developing world.

After the financial crisis, the inevitability of the G8 evaporated as the G20 became the primary forum of economic governance. At the same time, a consensus formed around the viability of the BRICS (Brazil, Russia, India, China, and South Africa), though this too began to dissipate late last year as the emerging market's entered a collective lull. There are two major problems with the entire BRICS idea: the first is the general futility of such artificial groupings and the second is that their slowdown, particularly in BRIC heavyweights India and China, are structural rather than temporary.

In 2001, Mr. O'Neill's core thesis was that the majority of global economic growth would come from Brazil, Russia, India, and China by 2050. Fast forward a decade and the BRICs became the BRICS as South Africa was added to the list. A quick examination of these five economies highlights the fact that beyond serving as a catchy acronym and even evocative metaphor, the grouping makes little sense. Russia and Brazil are energy exporters; India and China massive energy importers. Brazil, India, and China have diversified economies while Russia is a petro-state. China, Brazil, and Russia have quickly urbanized while in India, only 31 per cent of the population lives in cities. China, with its rapidly aging population, sub-replacement fertility rate, and projected negative population growth after 2017, is heading directly for a demographic cliff. Even on the size of their economies, a wide disparity exists between South Africa's $390-billion GDP and China's $8.25 trillion GDP.

It is no wonder then that Mr. O'Neill said just three weeks ago that he would disavow the B, R, and I from the acronym, leaving only the C.

Even between the two giants of emerging markets in India and China, there are structural issues plaguing their economies and the slowdown in growth taking place is likely to be permanent. India and China have suffered the sharpest slowdowns, from 9 per cent to 6 per cent in India's case and 11 per cent to 7 per cent in China's. While this numerical drop may seem negligible, such a drastic drop in GDP growth is the real world equivalent of train moving at 200 kilometers an hour and then abruptly dropping to half its speed.

India's rupee has been falling almost continuously throughout the late summer, triggering an economic crisis the likes of which the country has not seen since 1990-1991, when its currency reserves fell to six weeks' worth of imports, requiring an IMF loan. Growth has slowed, manufacturing has contracted, and the national government has been mired in one scandal after another. Inflation is 10 per cent, the current account deficit is 7 per cent, and reserves have fallen sharply since the financial crisis. India's problems are not temporary, as some have suggested; they highlight the economy's weak fundamentals. Bangalore may be thriving but New Delhi has neither the will nor the efficacy to enact permanent reforms and an election next year has only increased the uncertainty.

As India faces a currency crisis, China faces a looming financial crisis due to its investment-led growth model. China's economy is overleveraged and most of this debt is held by state-owned enterprises, known both for their mammoth size and profligate investments. Estimates put the percentage of dead loans in the country at between 10 to 15 per cent, which if true, are high enough to trigger a systemic financial crisis. Just this summer, Chinese credit markets effectively froze up – think Wall Street immediately after Lehman Brothers' crash – spooking investors and analysts alike. Total credit in the financial system accounts for 220 per cent of GDP and China's expansive shadow-banking system only exacerbates these problems. Drunk on credit for so long, the hangover will be long and painful.

So, where does that leave us? For starters, we can expect the BRIC slowdown to be more than just a quarterly miss of growth targets: it will be a sustained trend and will reframe the entire emerging markets debate. Secondly, we can expect a return to normal growth rates (around 5 per cent, according to Morgan Stanley) with certain economies like Turkey's and South Korea's outperforming others due to stronger fundamentals. Finally, national governments will have to rebalance their economies or face voters at the poll or on the streets.

The BRIC era has entered its final act. How long the denouement is will depend on the courage of political leaders to solve big problems.

Omer Aziz is an international affairs journalist and analyst based in Toronto and associated with the Woodrow Wilson Center in Washington. He tweets at @omeraziz12.

What if the problem isn't overpopulation, but the opposite?
Subscriber content
September 19, 2013 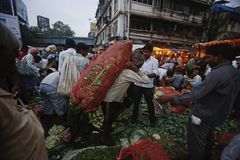 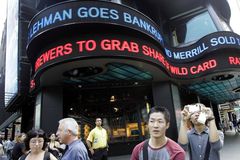