Alex Himelfarb, a former clerk of the Privy Council who was Canada's ambassador to Italy from 2006 and 2009, always punched above his diplomatic weight. That's in good part because he fully exploited Canada's best asset in Italy – the glorious Villa Grandi official residence in Rome.

The villa, built in 1934 on ancient property near the start of the Appian Way, the Roman empire's most important strategic road, was the envy of most of his fellow ambassadors. The elegant house itself, covering 13,000 square feet, was not actually the main draw. It was the property, on four acres of meticulously groomed and lush rolling land within the 3rd Century Aurelian walls. The landscape featured part of the Appian Way and the tennis court was built over the ruins of a Roman house.

I moved to Rome in 2007 and was dazzled by the property and the parties and receptions to which Mr. Himelfarb invited me to (he also knew how to exploit the media). At one, during the Rome Film Festival, I met a gaggle of famous directors, producers and actors. I remember Himelfarb telling me at the time: "The bottom line is, for a mid-sized country like Canada, every advantage helps and this residence is unquestionably an advantage."

One of Mr. Himelfarb's greatest coups was hosting a reception for the entire Toronto Raptors basketball team, which was in town to play an exhibition game with the Boston Celtics, and the European wheelchair teams.  As usual, no one wanted to leave. Other events and dinners attracted some of Europe's leading industrialists, among them Sergio Marchionne, the Canadian-Italian CEO of Fiat and Chrysler.

The new ambassador to Italy, Peter McGovern, will not have Mr. Himelfarb's advantages. That's because the Canadian government is making the mistake of selling the property. Mr. McGovern was installed in the much smaller official residence of the Canadian ambassador to the Holy See. While far from shabby and equipped with a pleasant garden, it is not a showpiece like the Villa Grandi. The new ambassador the Holy See – the position has been vacant for a year – will probably find himself or herself stuffed into a small apartment with zero diplomatic drawing power.

The government says the cost of running the villa is almost $500,000 a year, about half of that amount eaten up by the gardening bill. While it sounds like a lot, remember that Canada paid a pittance for the place in 1950 (the villa had been the residence of Dino Grandi, Benito Mussolini's foreign minister who played a key role in the Fascist dictator's downfall). There is no mortgage on the place. The annual upkeep is the equivalent of keeping Canada's CF-18 fighter-bombers in the air for a few hours.

Robert Fowler, the outspoken former diplomat who was Canada's ambassador to Italy before Mr. Himelfarb, is leading the campaign to stop the villa's sale. He is appealing to Canada's war veterans for help because, as he said in a letter, it is "a monument to the sacrifice of Canadians who fought in Italy during the Second World War."

Mr. Fowler established an "Ortona Library" within the villa in memory of the Battle of Ortona, where the Canadians took heavy casualties – almost 1,400 soldiers were killed in an around the Adriatic city in late 1943 when they confronted a small but skilled group of German paratroopers. Mr. Fowler said that the villa was, in effect, part of the war reparations awarded to Canada. While the Canadian government disputes the war reparations claim, there is little doubt that Canada was given the opportunity to land such a prize because it had played such an important role in liberating Italy from fascism.

The bigger issue – one that Mr. Fowler also acknowledges – is the villa's drawing power. Simply put, it allowed a B-list power to act like an A-list power. "Canadians are fortunate indeed to have had such an effective and desirable tool of diplomacy and public relations within their inventory. Most of our competition has not been so fortunate," he said.

Canada's image in Italy and elsewhere in Europe had been falling because of the clampdown on ambassadors and their senior staffers, who are not allowed to grant media interviews without the permission from their Ottawa masters. Severe budget cutbacks in the embassies have not helped. Now the best properties are being unloaded. While the Villa Grandi is highest-profile residence to go, it is only one of many in Europe, Africa and elsewhere to get carted off to the auction block.

The Villa Grandi sale will backfire diplomatically. It may also backfire financially. The government no doubt hopes to get a fortune for the property, perhaps dozens of millions of dollars. That's unlikely to happen because, as an historic site in the heart of ancient Rome, it cannot be substantially altered. A billionaire owner will not be able to deface it with helicopter landing pad, nor a hotel chain with gaudy pools and spas. Villa Grandi worked beautifully as it was – a graceful asset that gave Canada the diplomatic heft it would have otherwise lacked. 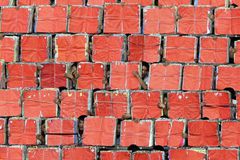 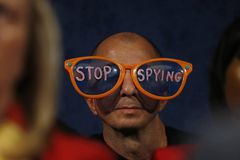