Canada's international landscape will evolve in 2014, creating both risks and opportunities for Canadian diplomacy and commercial activities abroad. The big moving pieces for Canada continue to revolve around the United States, China, and energy markets, but there are one or two below-the-radar scenarios to watch as well.

Canadian policy makers and businesses are used to competing for attention in Washington, but the challenge is likely to grow harder in 2014 for two reasons. First, the U.S. electorate will continue to prioritize domestic policy in a context where the Obama administration foreign policy team remains risk averse. Second, the diversity of issues and range of actors the U.S. must deal with globally is growing, making the co-ordination challenge more onerous.

The Canadian voice, once an essential bilateral partner in Cold War diplomacy, peacekeeping initiatives and continental economic integration, is increasingly crowded out in Washington. In the oil patch, frustration over Keystone XL and the inability to sustain momentum on energy integration is blamed on climate activists having hijacked U.S. President Barack Obama's energy policy. Yet it is just as likely that oil pipelines and Canada more broadly just are not able to capture sufficient political capital and interest from the White House to generate movement on a politically complicated issue in an environment of extraordinary gridlock and policy dysfunction.

We actually expect less political volatility and intransigence in Washington domestic politics this year, but White House priorities internationally are not clear. U.S. allies are wondering about the strength of U.S. commitment to multilateralism in trade and regional security in crucial regions like East Asia and the Persian Gulf. Washington's reluctance to deploy military, economic, and diplomatic capital creates uncertainty about the trajectory of two major trade initiatives – the Trans-Pacific Partnership and the U.S.-EU TransAtlantic Trade and Investment Partnership.

For Canada, uncertainty about U.S. relationships with the EU and Asia occurs at an interesting time. Ottawa beat Washington to the punch on its own free-trade deal with Brussels, and has a key focus on "pivoting" its energy trade relationship from the U.S. to Asia, particularly China. Canadian policy makers and industry leaders talk about the "window" to capture markets in Asia, given surging unconventional oil and gas supply elsewhere.

Yet U.S. ambivalence in Asia will likely facilitate a continued market access opportunity for Canada. Asian energy consumers and investors will continue to question what the "strategic" role of U.S. energy exports is in the context of uncertainty about the broader U.S. agenda for the region. No such doubts exist with respect to Canadian goals – it's all about moving oil and gas to the Pacific.

A greater risk for Canada is perhaps the prospect of a further slowdown in Chinese growth. China's outlook for 2014 is a mix of continued internal political and economic reform, alongside escalating nationalism and regional tensions. Beijing's efforts to reduce industrial over-capacity and dampen risky lending practices that support inefficient or even useless investments, coupled with energy pricing reform, will likely further ratchet down demand growth for commodities, which has already softened since 2007. For oil in particular, a less "growth at all costs" China could push oil prices to a point where the more marginal high cost plays in Canada look less attractive.

If Canada's global landscape of geopolitical risks seems energy-heavy, then it is worth considering Canada's evolution toward "petro-state" status in the context of how other petro-states are faring. The key theme for 2014 is heightened competition among oil suppliers – indeed echoing some elements of what has taken place in international gas markets due to the shale gas revolution. A key inflection point will be a second-round agreement on nuclear issues between the West and Iran, which would trigger the next round of weakness in oil prices. Stabilization of Libyan volumes would also represent a downside trigger.

In this context, Alberta will have to join other oil revenue-dependent governments in getting its fiscal house in order. British Columbia will need to ensure fiscal terms for its nascent LNG mega-play to reflect the realities of intense global competition for capital investments in unconventional oil and gas plays, where the advantage is at last tipping to the buyers. Neither scenario is particularly promising for the Canadian dollar.

Finally, beyond energy, Canada's policy makers should play close attention to the rise of strategic data. A sector once noted for the maverick independence of its Silicon Valley founders is becoming the latest instance of state capitalism, with the NSA and its parallel organizations in countries like China and Russia looming as the most strategic actors. Canada's tech sector is characterized by the ailing BlackBerry and the role of its government as a strategic partner for Washington's electronic surveillance efforts, a recipe for a troublesome 2014.

Ian Bremmer is president of Eurasia Group and author of Every Nation for Itself: Winners and Losers in a G-Zero World. Robert Johnston is CEO and director of the global energy and natural resources practice at Eurasia Group. This article was informed by Eurasia Group's

The six issues that will dominate U.S. politics in 2014
Subscriber content
December 31, 2013 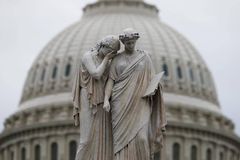