When China relaxed its one-child policy last year it gave an entire generation a new permission to procreate. But far fewer couples are signing up for bigger families than the government expected, authorities revealed this week in an admission that suggests China may have to take more dramatic action if it hopes to avoid economic trouble from a population that will soon begin to shrink.

China's National Health and Family Planning Commission believed two million people would sign up for a second child, after the rules were relaxed in most provinces last year to allow an extra newborn to families where just one parent is a single child. That privilege had earlier been granted to households where both mother and father were single children.

But fewer than one million applied, the commission said this week, without disclosing the exact number. In 2013, China saw 16.4 million births, roughly in line with previous years, so the prospect of a million extra pregnancies suggests the policy change is generating only a slight increase in child-bearing and that many Chinese simply don't have much interest in bigger families. At current birth rates, the Chinese population will begin to diminish after 2026.

That has led to a growing discussion that China will, as soon as a few years from now, be forced to roll out incentives to boost births, out of fears that a dwindling population will affect its economic well-being. Such a move would constitute an extraordinary reversal after more than three decades of often-violent efforts to suppress children. China's health ministry has calculated 336 million abortions and 196 million sterilizations since 1971 (although the one-child policy was not officially launched until the early 1980s).

Many in China today, however, aren't keen to add the cost and difficulty of a second child. Take Li Meng, a 30-year-old travel consultant. She is a single child; her husband is not. They have one daughter who is nearly two years old. They are precisely the type of family authorities expected to apply for a second child after last year's changes – and they considered it.

But to get permission, they would have to travel to her husband's hometown to get identification papers for his siblings and his deceased parents, then wait for them to be checked and approved. "The procedures for us are very complicated. We need to get many identification papers," she said. Then would come the hard part: rearing a second child in a country where female labour force participation is at 70 per cent – not far from the male rate at 83 per cent – and where childcare duties tend to fall to aging grandparents.

Ms. Li, for example, travels often for work and feels "short of the energy it takes to care for two children," she said. And after her daughter fell off the bed once, Ms. Li's mother worried about her capacity to take care of one, much less two children.

Many of China's increasingly middle-class and urban residents were making similar decisions even before the one-child policy was relaxed. Shanghai for years has seen a fertility rate of well below one, dipping as low as 0.6 children per woman in 2010.

The changes to the one-child policy, then, are likely too late to undo the dramatic demographic shifts that loom.

Without a dramatic rise in birth rates, China's population is expected to crest at just under 1.4 billion in 2026, barely more than a decade from now. Its work force is already falling in number. Its youth cohort, aged 15 to 24, is expected to contract by more than a fifth in the next decade, while by 2030 it expects to have the highest percentage of old people of any country on Earth – including Japan. By mid-century, those 60 years and older are expected to form nearly a third of the Chinese population.

"China needs to find a solution to this," state media have reported, quoting the academy.

The immediate economic impact of a changing population will be muted by the fact China has, for years now, built its growth less on minting new workers than on making them better at what they do. The boost from productivity gains is unlikely to change soon. And cold math suggests China's natural resource base is suited for a population of 800 million (the country has comparatively little water, arable land and energy), which means a smaller population may not be all bad.

"The issue is the transition – aging is about a disproportionate share of the population being old and not working, and that society may not be functional," said Andy Xie, the former top Asia-Pacific economist for Morgan Stanley.

He suggested that, in as little as five years, Chinese authorities will have no choice but to follow France and some of the Scandinavian countries, which have offered health-care benefits and tax breaks to couples who have more children. President "Xi Jinping wants China to be a strong country, and population is a very important part of that. In the long run, it's probably the most important part," he said.

But prodding more children from people is unlikely to be simple. Ms. Li's family, for example, is well-off, with two apartments. But having another child is expensive, particularly in a country where a tendency to spoil only children has created massive cost inflation in anything kid-related – costs that then double for those with two. Kindergarten alone can eat up 4,000 yuan, or $770 a month per child – about 10 per cent more than the average disposable income in Beijing.

With that as a backdrop, it will likely take a wholesale improvement to Chinese social services to persuade more parents to have more children.

"If government wants to do something to encourage people, it should start by improving health care and education resources," Ms. Li said. "That, at least, would help parents breathe."

The tragic tale of China’s orphanages: 98% of abandoned children have disabilities
May 12, 2018 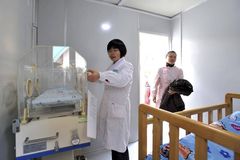 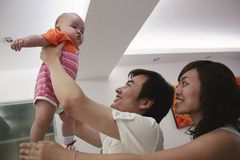