A bureaucratic guideline being officially published Friday by the European Union has sent political tremors through Israel. The EU, Israel's largest trading partner with more than $36-billion in trade last year, is forbidding all 28 of its member states from engaging in any funding, co-operation, awarding of scholarships, research funds or prizes to anyone residing in a Jewish settlement in territory captured by Israel in the 1967 Six-Day War.

For once, Europe is putting its money where its mouth is. While the measure falls far short of trade sanctions, if any Israeli institution or project wants to benefit from EU funding it must sign a guarantee that it operates entirely within the country's pre-1967 borders and not in east Jerusalem, the West Bank or Golan Heights. In short, the new approach distinguishes, for all practical purposes, between the legal entity of Israel and Israel's illegal occupation in those territories.

The initiative, which takes effect January 1, 2014, is an emphatic endorsement of the Palestinian argument that Israeli settlements in the occupied West Bank and east Jerusalem are usurping land that should be part of a Palestinian state.

"This is the beginning of new era," said a triumphant Hanan Ashrawi, a leader of non-violent resistance. "Israel should listen carefully and should understand that this occupation cannot continue without any kind of accountability."

Indeed, for the boycott, divestment and sanction movement (BDS for short), the campaign that lies behind the EU initiative, this is a turning point.

Launched by Palestinians in 2005, BDS is part of a larger non-violent resistance movement in Palestine whose organizers liken it to civil rights movements in the United States in the 1960s and India in the 1940s. The BDS campaign is a way of building international support for the Palestinian cause by encouraging people and countries to boycott Israel, divest themselves of Israeli holdings and impose economic sanctions on Israel, all with a goal of Israel ending the occupation and allowing the creation of a Palestinian state.

The efforts have had success in discouraging academic exchanges with Israeli institutions as well as performances by western artists in Israel and by Israeli artists in the West. The latest big name to boycott Israel was British physicist Stephen Hawking who announced in May he would not attend a major conference hosted by Israeli President Shimon Peres.

As well, several countries have required that any products produced in Israeli West Bank settlements must be labelled as such.

All these things are taking a toll on Israel but, until this month's EU initiative, there had been little to show by way of state sanctions against Israel.

The response to the EU guidelines from Israeli Prime Minister Benjamin Netanyahu came fast and furious.

"We will not accept any external edicts on our borders," he said.

U.S. Secretary of State John Kerry has again been in the region attempting to broker a new round of peace talks between Israel and the Palestinians. But Palestinian Authority president Mahmoud Abbas has refused to come to the negotiating table until Israel halts settlement construction and acknowledges the 1967 borders as the basis of a two-state solution. And Mr. Netanyahu has refused to do either.

"As the prime minister of Israel, I will not let anyone harm the hundreds of thousands of Israelis living in Judea and Samaria, in the Golan Heights, or in Jerusalem – our united capital," he said. "The issue of borders will be determined only in direct negotiations between the sides."

Housing Minister Uri Ariel, from the same party, went so far as to describe the measure as "tainted by racism and discrimination against the Jewish people which is reminiscent of the bans against Jews in Europe over 66 years ago."

A cooler response and one more reflective of the population at large, came from Finance Minister Yair Lapid, leader of the second largest party in the Knesset and an important part of the governing coalition.

He described the EU guideline as the latest in "a long line of directives which are isolating Israel in the world,"

"Time is not in our favor," acknowledged Mr. Lapid, whose political following is largely young, urban and secular, "and every day that Israel is not in peace negotiations is a day that our international standing is further damaged."

It seems he got the point. 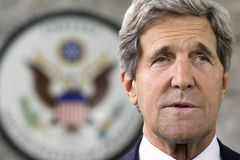