The United States is days away from marking a solemn anniversary, one soaked in blood, fraught with emotion, marinated in promise. In a small town in Pennsylvania thousands will gather to commemorate the 150th anniversary of the fateful Battle of Gettysburg.

This is America's Agincourt, Ypres and Balaclava combined in one: moments of glory, terror, genius and miscalculation all wrapped tightly into three days' brutal and bitter fighting in a crossroads that remains a small college town. It was the moment – July 1-3, 1863 – when the tide of the Civil War swung decisively in the Union's favor. At this place, less than four months later, Abraham Lincoln delivered a speech of 270 words that transformed the war for Union into a war for freedom.

The meanings of Agincourt, Ypres and Balaclava are now the subject of final-exam questions in history faculties from London, Ont., to London, England. But the meaning of Gettysburg is lived every day in the lives of Americans from Salem, Mass., to Salem, Oregon.

No more vivid proof of that statement exists than this: A half-century ago the 100th anniversary of Gettysburg was marked in a nation riven by civil strife over civil rights. In the weeks before the 1963 Gettysburg centenary, Alabama Governor George Wallace stood in a schoolhouse door to block entry of black students into the University of Alabama and a civil rights leader, Medgar Evers, was gunned down in his own driveway.

In two weeks, by contrast, the 150th anniversary of Gettysburg will be marked by a president whose father was born in Kenya.

The commemoration at Gettysburg already has drawn tens of thousands of people to the town, only a 135 kilometre drive from Washington, and 100 km from Baltimore. Scores of books, including a comprehensive new look at the battle, The Last Invasion, by noted Civil War scholar Allen Guelzo, himself a Gettysburg College professor, are selling briskly, with the Guelzo volume claiming its own pile at Costco outlets from coast to coast. This is not seen every day.

The inevitable re-enactments already have begun, with more to follow. There may be as many U.S. Model 1861 Springfield Rifle muskets at Gettysburg this July than there were in July 1863. Expect legions of men with tin cups walking through town. They're not beggars, just modern-day re-enactors in Union kit. (The frying pans are the giveaways that they're off on a weekend spree, not trying to scratch out a few quarters for their next meal.)

Nobody who fought at this battle 150 years ago thought that it would be "little noted nor long remembered," as Lincoln (mistakenly) characterized his own Gettysburg Address the November following. This battle is front of mind for Americans this season because its significance, and that of the address that marked the dedication of the cemetery in those gentle hillocks, is as alive today as it was in 1863.

In 1863, it meant a change in the trajectory of the Civil War. In 2013, it means the continuation of a long struggle for freedom that has not yet been fully redeemed.

In 1863, it signaled the eventual triumph of the Union, the official cause of the Civil War. In 2013, it signals the broad acknowledgement that – contrary to Lincoln's own testimony earlier in the conflict – national preservation was only part of the genesis of the Civil War, the real cause being slavery and the moral blot it represented on a nation conceived in liberty, and dedicated to the proposition that all men are created equal – another phrase from Lincoln's address.

So below the 49th parallel, Gettysburg is no distant, dusty history lesson. The footfalls on Cemetery Hill and Little Round Top have echoes on the paths all Americans tread today. For here, the challenge remains (and now Lincoln's words are alive again) that from Gettysburg's honored dead we take increased devotion to that cause for which they gave the last full measure of devotion – that we here highly resolve that these dead shall not have died in vain – that this nation, under God, shall have a new birth of freedom – and that government of the people, by the people, for the people, shall not perish from the earth. 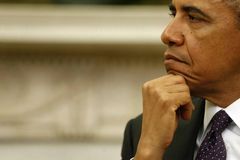 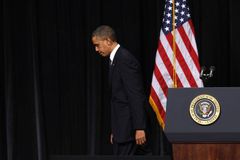 Follow David Shribman on Twitter @shribmanpg
Report an error
Due to technical reasons, we have temporarily removed commenting from our articles. We hope to have this fixed soon. Thank you for your patience. If you are looking to give feedback on our new site, please send it along to feedback@globeandmail.com. If you want to write a letter to the editor, please forward to letters@globeandmail.com.
Comments