This was supposed to be a victory lap for Barack Obama. The economy was going to be awakening. The uninsured were going to be relieved that Obamacare would cover their medical costs. America's allies were going to be at ease now that there was a whiff of peace around the world. And yes, the president was going to be serenely at the center of it all, finally reaping the rewards of years of strife.

Maybe that's the story of some future presidential administration, but nothing in that script is remotely plausible, let alone true, about Mr. Obama.

There may be a debate over which of those statements is true. But there is little debate that there are fewer Americans in the first category than there are in the latter group, and that's not counting the growing number of international leaders who feel bewitched, bothered, bewildered – and belittled – by reports that the United States has been spying on them.

This is no Rodgers and Hart musical from the 1940s like Pal Joey. It is a sad torch song from 2013. Think Ne me quitter pas, Jacques Brel in a peculiarly sad tone.

Mr. Obama has had rough patches before: When the Republicans have beaten him up, when the job creation numbers have failed to grow sufficiently, when the government was threatened with foreclosure, when gunfire and bombs in Iraq and Afghanistan made it seem as if those two conflicts would never end. But he has seldom seen the trouble he's seeing right now.

There are many reasons for the presidential perdition he seems to be experiencing, but the twin foci are tied to new technology, which no longer seems to be the friend of a man who once was inseparable from his BlackBerry – a sign of his coolness in 2008, a symbol of his antiquarian quaintness in 2013.

The first is the massive failure of the software intended to make health insurance easy to access for the millions of Americans who are uninsured. Instead, the website for signing up for Obamacare is nearly impossible to access or navigate. This failure of a high-tech presidency to prepare for a high-tech solution to a long-term problem is mortifying to the president and to his administration, who face the very real possibility that Mr. Obama's Democratic allies may abandon his most important legacy element, broader health-care coverage for Americans.

The second is the continuing revelations that American operatives have been listening in on the conversations of allied leaders. It's bad on its face. But the so-called exculpatory explanation (Wall Street Journal headline at the top of its page: "Obama Out of Loop as U.S. Spied on World Leaders: Aides") is even worse. It begs the question: Who exactly is running Washington?

This question troubles Democrats, who enjoyed a satisfying sense of unity as Republicans tore each other apart and endangered the country's credit ratings only last month during the government-shutdown debacle. Now Democrats have worries of their own. In the capital and around the country they are on the defensive – and are angry about it.

On Obamacare, Democrats are worried that the Republicans now have the whip hand, their argument (that the government cant' run anything, let alone one-seventh of the American economy) fortified by the website meltdown. Having spent a month defending Obamacare against a Republican onslaught, they are not eager to defend Obamacare in the face of a techno breakdown that defies rational or comprehensible explanation. They wanted Obamacare to work and were assured it would. Now that Americans can't even sign up, confidence in the broader program and, more troubling still, in the broader principle, is eroding.

And all that's before the budget talks return to centre stage. When they do, inevitably the topic of the huge entitlement programs will be on the table. This is not a matter of conjecture but of certainty. Another certainty: This will be the bloodiest budget battle yet.

Where is the president in all this? The man who may have magnified the benefits of the health plan that now bears his name – or at least minimized the difficulty of rolling it out or, worse still, of enrolling in it – seems curiously remote, as if he were watching a docudrama rather than playing the principal role in a stage drama.

This month he's being accused of overselling all manner of things. In truth he is vulnerable to the accusation that he may have oversold himself.

Could Obamacare be just what the economy ordered?
Subscriber content
October 28, 2013 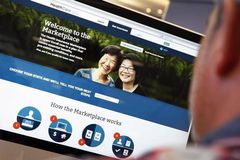 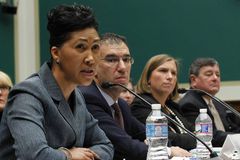