Sunny ways face hard times when Parliament returns next week. How to regenerate growth while curbing expenses will test our new government. For help, Prime Minister Justin Trudeau should look to the Jean Chrétien playbook of renewal and reform.

The "seismic shift" downwards in demand and price that we get for our resources means less national revenue. Each percentage drop in annual growth results in an estimated corresponding $4-billion drop in national revenue.

Our declining loonie should boost the competitiveness of our manufacturing industries, given global supply-chain dynamics, but it has not happened yet. Business needs to permanently position our manufacturing through investments in technology, including research and development, to further boost productivity.

The Liberals promise to double infrastructure investment over the next decade. This investment makes sense, especially when interest rates are low. But their definition of infrastructure covers everything from public transit to seniors' housing. Getting the best bang for our borrowed bucks requires prioritization. Those supporting our trade, the engine that grows our economy, should come first.

To pay for the new infrastructure, the Liberals successfully campaigned on running short-term deficits of around $10-billion. Now the deficits are projected to be closer to $30-billion.

The Liberals also promised to "tax the rich." Populist and popular, beyond creating more work for accountants and encouraging capital flight offshore, it won't generate the necessary revenue. Better to restore the GST to 7 per cent, its Mulroney-Chrétien level, for steady revenue. We should also advance the age for pension eligibility with a clawback for wealthy elders. We're living longer and in better health than earlier generations.

Difficult choices confront the Trudeau government, but the Chrétien government faced an even tougher situation when it came to power in 1993. Federal government debt to GDP then was 62 per cent (versus 32 per cent today) and federal spending 21 per cent of GDP (still the same). But add in today's provincial debt and the debt to GDP rises to 62 per cent.

To get out of the earlier mess, the Chrétien government did a "root and branch" examination of government and its spenders. Throughout this exercise, the wily Jean Chrétien obliged the cabinet's fiscal hawks to hash out plans with the cabinet's spenders. The caucus was regularly canvassed. Pragmatism prevailed with adjustments for both political expedience and better policy. Importantly, Mr. Chrétien directed the process and led in ongoing public messaging.

The exercise assessed all programs against six criteria:

· Is it in the public interest?

· Is it a legitimate role for government?

· Is it federal or provincial (or municipal)?

· Is it public or private?

· How can we make it more efficient?

The guiding principles were fiscal and monetary responsibility, open trade and economic growth. These still apply.

The Chrétien team learned the difference between the butcher's cleaver and surgeon's scalpel. They were also good explainers. The public endorsed the changes and an attitudinal shift toward prudence in government spending swept the land. In varying degrees, prudence was adopted by every party and applied at all levels of government.

It's time for another dose of prudence and a look at the duplication and overlap between federal-provincial-municipal responsibilities.

Mr. Trudeau should convene the country's premiers and mayors, and, using the Chrétien formula, get to work on renewal and reform. Fiscal rebalancing will need to accompany shifting costs between jurisdictions.

We need to embrace open trade. Start with breaking down trade barriers within Canada, a drag on the economy since Confederation. Meanwhile, let's get on with the European Union trade deal and the Trans-Pacific Partnership. At Davos later this week, Mr. Trudeau needs to press the Europeans to finish ratification of the Comprehensive Economic and Trade Agreement this year.

Wielding a knife requires skill and political courage. There will be squeals, squalls and squawks from the aggrieved, afflicted and self-entitled. Some incentives make sense, but be wary. Governments are terrible at picking winners, but losers are very good at picking the public pocket.

Government reform and renewal requires political leadership from all levels of government, but the explainer-in-chief must be Mr. Trudeau.

Despite rising polarization and extremism elsewhere, Canada continues to stand guard over pluralism and the sensible centre. Let us demonstrate the value of progressive policies and prudent economic stewardship. This is the Canadian way and it still works. 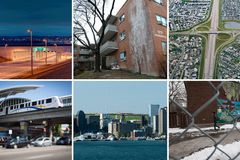 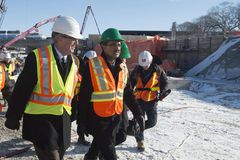