So the Syria showdown has been averted, with no votes on Capitol Hill nor any bombs raining down on Damascus. But the president and the Congress can't luxuriate in any kind of legislative lull. A new crisis is brewing, and it has the potential of making both Democrats and Republicans look terrible before it is over.

We're talking, of course, about the renewal of the capital budget wars, which may have a dreary familiarity to them but also has the capacity of throwing just about everybody into a bad light. At least that has been the pattern, and neither side shows any signs of changing tactics.

The threat that looms is a government shutdown, which Barack Obama's Democrats alternately dread and court. They dread it because they're wary of the spectacle of the world's greatest superpower shuttering its governmental doors because the people's representatives can't agree on budget matters or, alternately, just abjectly refuse to agree on budget matters. They court it because they calculate that their Republican rivals will be to blame, and in Washington it isn't who wins that counts. It's who loses.

So while the Democrats are cynical, the Republicans are cyclical. They're doing again what they have done before, with the same result.

The Republicans, it must be said, are split, which is not how they often appear in public but surely how they behave in private. They all oppose the president, of course, and devoutly hope he will stumble or, failing that, commit an act heinous enough that they might impeach him. But some of the Republicans want to make a deal – that used to be the preoccupation of Republicans, Senate Majority Leaders Howard Baker and Robert Dole being particularly gifted practitioners of the deal – and believe they can wring enough spending out of the system to put a lid on government spending.

But other Republicans, mostly back-benchers and those affiliated with the Tea Party, want to use this new crisis to bend the president to their will, forcing him to abandon his health-care plan, as unlikely as that may seem outside the Republican caucus meeting. On 41 different occasions the House Republicans have voted to repeal Obamacare, as they like to call it, with no prospect whatsoever of prevailing. The Senate is controlled by the Democrats and in the exceedingly unlikely event the Senate went along with the House plan the president would surely veto it.

Last week the editorial page of The Wall Street Journal, no beacon of liberalism, chimed in with its hope that the House Republicans show unusual discipline and keep their eyes on the budget prize, not the health care prize. But the Republican rebels paid no heed and browbeat the party's leadership into heading full-tilt into the health-care fight, which is to say they held a meaningless vote Friday instead of pushing toward meaningful progress. Only one Republican broke with the party to vote against the measure, which passed, 230-189, not that it matters except as a measure of the paralysis that has infected Washington. This is not merely the verdict of your agent who writes this blog. This is the verdict of the House leadership as well, in private if not always in public.

All of this put that very House leadership in a pickle, the briniest one in memory. Some of these Republican leaders sided with Mr. Obama in the Syria crisis. This week they will hold what you might consider the "real'' vote on the budget matters, not that the House version stripped of the health-care provision will win much support in the Senate. But before you sigh with resignation, frustration or mere wonder, consider this. The United States Chamber of Commerce, a Washington lobbying powerhouse reliably and devoutly on the Republican side, made it clear that it opposed the Republican strategy. Now you can say you have seen everything.

David Shribman is executive editor of the Pittsburgh Post-Gazette.

Opinion
The fight over Obamacare is not over
September 23, 2013 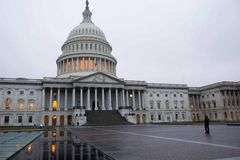