Even if that seems the least likely of the above comparisons, it is at least the most recent. And that's because Mr. Modi was essentially channeling J.F.K. as he spoke on the commemoration of India's 68th independence day. In his remarks, he passionately beseeched Indians to ask not what India's government can do for them, but what they can do for Mother India. It is a question that may well seem odd after decades of Nehruvian socialism from the Congress Party, but it was underscored by Mr. Modi's decision – announced during the same speech – to abolish the powerful central Planning Commission, which was responsible for India's five year plans.

It is also a pertinent question that Indians should be asking themselves, anyway.

India's middle class has largely become inured to the country's dark poverty. The tolerance of everyday corruption, despite Anna Hazare's feverish campaign, is still widespread. Despite its illegality, the Hindu caste system holds powerful sway over people's attitudes. Many of the country's men remain deeply misogynistic, a national disgrace that occasionally surfaces in gang-rape tragedies or shameful comments from politicians who should obviously know better. And many Indian businesses, faced with an unpredictable political and business environment within their own country, have (perhaps understandably) chosen to invest outside of India, letting their nation's economy decline.

Mr. Modi's appeals are not just pertinent for the nation, they are necessary for his own political career, and that of his party. As he grapples with India's enormous problems he is also labouring under a nation's extremely high expections that he will deliver on his promises of economic growth and political stability – promises that handed him an impressive majority. And after a budget that many felt was lacklustre, he is basically telling the nation's parents and businesspeople that they can't expect him and his party to do this alone.

In his address, Mr. Modi asked that his fellow citizens try harder – to stop discriminating on the basis of caste, to treat the poor better and to not just question their daughters, but also their sons.

"Brothers and sisters, when we hear about the incidents of rape, we hang our heads in shame," Mr. Modi said. "Parents ask their daughters hundreds of questions, but have any parents ever dared to ask their son as to where he is going, why he is going out, who his friends are? After all, a rapist is also somebody's son."

Throughout, Mr. Modi veered from grandiose requests based on "national character" to more bluntly specific pleas – which he acknowledged were mundane – for the construction of more toilets, particularly for girls and women, who often have to defecate in the open after dark.

He asked a few questions – about Maoists and terrorists – that are unlikely to be resolved anytime soon, or in the manner he would prefer. And opposition critics have justifiably asked whether Mr. Modi will follow through on his own appeals, given one of his own cabinet ministers has been summoned in a rape case.

But none of that means the rest of India should be let off the hook, including India's vibrant businesspeople – who were some of Mr. Modi's loudest cheerleaders during India's five weeks of voting in April and May. Mr. Modi now desperately needs them to do two things for him: Boost India's feeble domestic manufacturing sector and employ the millions of unemployed youth. He can do neither of these things on his own.

"I say to the world, 'Come, Make in India,' " Mr. Modi told the crowd. "Our country is powerful. Come, I am giving you an invitation."

Mr. Modi, oddly enough considering his many present requests to his countrymen and women, was previously known more for issuing decrees and having them enforced by micro-managing his meticulous bureaucrats in Gujarat, the prosperous state he presided over as chief minister for more than a decade. But now that he is at the national level, with many more employees and many larger problems, he is confronted with a dilemma that many have predicted: He has less direct authority and control with which to replicate the successes he had at the state level, and is thus more likely to disappoint.

But regardless of what Indian liberals think of Mr. Modi's politics, and those of his right-leaning Bharatiya Janata Party and its supporters, his failure at this crucial moment in his country's history would still be a failure for all Indians. And that's why, if India wants to move forward, Mr. Modi needs Indians to ask themselves some tough questions. 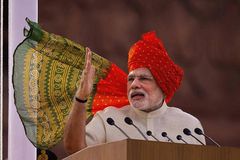 What Modi must do to live up to India’s expectations
Subscriber content
August 7, 2014 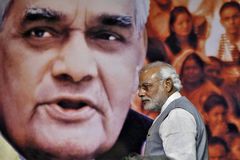 Opinion
Why a Canada-India trade deal is within reach
August 6, 2014 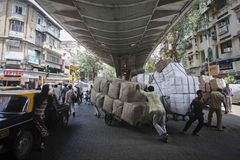 Time for Modi to deliver as India awaits a budget that sparkles
Subscriber content
July 9, 2014 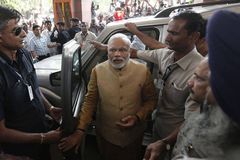