As Washington debates President Barack Obama's proposed military intervention in Syria, it's become common, particularly among supporters of intervention in Syria, to point out that "Syria is not Iraq." This is obviously true. Syria and Iraq are two different countries. More importantly, the intervention currently proposed by Mr. Obama is a far more modest one than the full-on invasion and occupation launched by the George W. Bush administration in 2003.

But it also has to be admitted that there are some pretty strong similarities between the Iraq and Syria cases: In both countries, a dictatorial regime controlled by a minority sect of Muslims ruled for decades over a majority (Sunnis ruling Shiites in Iraq, Shiites ruling Sunnis in Syria); both countries have endured a civil war (in Iraq's case, a direct result of the U.S. invasion) cutting across religious, tribal, and family alliances; In both cases, various outside powers – Iran, Saudi Arabia, Russia, Qatar – supporting their favored side in an attempt to shape the outcome and influence the post-civil war state, whatever its form. Like Iraq, it's a murderous and depressing catastrophe. Unlike Iraq, it's not a murderous and depressing catastrophe that the United States owns. At least not yet.

Supporters of the Syria intervention seem upset that they have to contend with the Iraq example, bemoaning the American public's current skepticism toward military action, often treating this as an unfortunate aberration, which will lead to the abdication of America's global leadership role. I don't think this is right. Even though I support the exercise of U.S. leadership in the world, I'd argue that it's quite appropriate for the bar for the use of America's military be placed pretty high. And the Iraq experience seems to have convinced a majority of Americans of this, too. Syria may not be Iraq, but it took Iraq to raise our skepticism toward military interventions to where it should've been all along.

It is, of course, possible to overlearn the lessons of Iraq. Situations potentially requiring military interventions should be examined on their own terms. But it shouldn't be controversial to suggest that past interventions offer lessons for future ones. This is certainly the case when is comes to past examples of inaction, of which the Munich Pact – the 1938 agreement recognizing Germany's annexation of the Sudetenland in western Czechoslovakia, which convinced Adolph Hitler that European leaders were not willing to risk war to stop German expansionism – is the most frequent example. "Munich!" has long been used by advocates of military action to cow opponents with implications of appeasement and weakness, which is why I was disappointed to see Secretary of State John Kerry deploying it in defense of the proposed intervention. If the Iraq comparison is inapt, then Munich is far more so.

It's interesting to consider that, by invading Iraq, Mr. Bush unwittingly produced a most effective rejoinder to the "Munich!" argument. If the latter is an example of inaction leading to disaster, the former is an example of intervention leading to the same. We should be careful not to abuse either analogy. But we should also recognize that skepticism toward the ability of the blunt instrument of military power to create outcomes is the proper resting state of any democracy, even one as powerful as the United States. 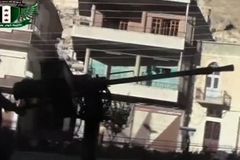