The era of prohibition isn't over yet. But the hemisphere is finally ready for a long-overdue conversation about the urgent need to reform global drug policy.

A ground-breaking report by the Organization of American States does exactly this, breaking the senseless taboo in its declaration of an obvious truth: The current approach to the war on drugs simply isn't working.

Leaders of Latin American countries, which bear the brunt of drug-related violence, are leading the charge for change. And this too is an important new step. At a ministerial meeting of the OAS in Guatemala last week, they pressed the U.S. – destination of much of the cocaine produced in South America – to consider alternate approaches. U.S. Secretary of State John Kerry noted that Washington "takes seriously our shared responsibility for the world drug problem."

Despite billions of dollars spent fighting the war on drugs, the Andean region produces the same amount of cocaine as it did two decades ago. More than 60,000 people have been killed in drug-related violence in Mexico alone in the last six years. And, the social damage which flows from the drug trade is enormous, generating not only horrific violence but systemic human rights abuses and the corruption of local officials.

The OAS, which received a mandate to produce the report at last year's Summit of the Americas, a meeting attended by Prime Minister Stephen Harper, has wisely stopped short of proposing magic solutions or endorsing a list of recommendations. This is impossible to do when the 34 nations that make up the OAS do not agree.

Instead it attempts to envision the impact of a series of proposed policies, including the legalization of marijuana, and the need to focus on treatment and education and not just on taking down cartels.

"Problematic drug use is analogous to a chronic condition, like diabetes, which the world has to learn to manage more effectively, while the current policy regime, as managed in too many countries, treats it like a cancer that needs to be surgically removed… however the creation of new drug policies is a complex undertaking. Every country experiences the drug problem but not in the same way," concludes the report.

While some countries might be ready to launch treatment programs as alternatives to incarceration, others, including some in Latin America and the Caribbean, may prefer even stricter sentences or court models that mandate treatment. There is no uniform approach.

In Canada, the level of public support for decriminalizing marijuana is rising. Toronto became the first city in the world to endorse the Vienna Declaration in 2010, which states that drug prohibition has been a costly failure with severe negative consequences on crime rates and on public health.

In the U.S., two states, Washington and Colorado, have legalized recreational use of marijuana, which experts say will lessen the earnings of the Mexican drug cartels. Uruguay is considering a similar move. Guatemalan President Otto Perez Molina, a retired general, has called for legalization of drugs. His country has been ravaged by drug violence as the cartels, squeezed by attempts to shut them down in Mexico, have moved south.

Clearly, better co-operation and intelligence sharing among countries would strengthen the ability of national security and law enforcement personnel to more effectively dismantle the transnational criminal organizations that profit from the trade.

But each country must decide for itself how to move forward to reduce demand and treat addicts. The OAS report is a turning point. It is the first time a multilateral institution has cast aside dogma and recognized the truth: absolute prohibition on illicit drugs has failed. The problem must no longer be viewed as a war to be won. Each country must develop policies that actually succeed in reducing the violence and social harm associated with the global drug trade, a multi-billion-dollar transnational industry in the control of criminal gangs. 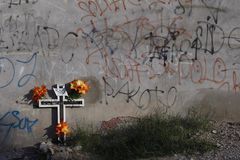 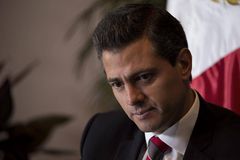