It's not quite as ferocious as the China-Japan feuding that destabilizes Asia. But the often-bitter rivalry between Nigeria and South Africa is continuing to intensify, and it's becoming a major threat to Africa's hopes of global influence.

The tensions between the two biggest African economies have been bubbling under the surface for years, but they exploded into public view this week when Nigeria ordered two of its senior diplomats home, provoking a furious reaction from South Africa.

On Tuesday, the two countries were frantically trying to patch up their relationship. The South Africa government insisted that it still had a "cordial" friendship with Nigeria, while the Nigerian government suspended the top civil servant in its foreign ministry, apparently trying to blame him for the latest diplomatic spat.

But while the two countries might be able to pretend that everything is fine, the anger on both sides is palpable. It is clear that the head-butting will continue. And as an African expression says: when two elephants fight, it is the grass that gets trampled.

In this case, the trampled grass symbolizes the millions of ordinary Nigerians and South Africans who could benefit from stronger trade and economic relations between the two countries. As long as these two powerhouses are feuding, the African Union will be too divided to be effective, and Africa will remain politically adrift, without unity or regional leadership.

Much of the rivalry can be traced back to 2012, when Nigeria and South Africa fought in the backrooms over who should lead the African Union. (The election was won by the South Africans, to the displeasure of the Nigerians, and the AU has remained divided since then.)

But their latest clash began when a wave of anti-foreigner violence and looting erupted in South Africa this month, killing seven people and forcing thousands to flee their homes. Nigerians are among the biggest migrant groups in South Africa, and they often feel targeted by anti-foreigner attacks, so there were widespread Nigerian protests against the violence. Hundreds of demonstrators marched against South African consulates and businesses in Nigeria.

Responding in a populist fashion to the emotions of its people, the Nigerian government became vocal in its criticism of the so-called "xenophobic" attacks. It warned Nigerian migrants in South Africa to stay indoors to escape the attacks. Then, on Saturday, the Nigerian foreign ministry announced that it had ordered its two top diplomats in South Africa to return home for consultations – a coded diplomatic protest, signalling that Nigeria was extremely unhappy with South Africa's handling of the xenophobia crisis.

Nigeria could have done this quietly and discreetly, but instead it issued a public statement, making clear its dissatisfaction with South Africa. This, in turn, triggered an extraordinary rebuke from the South African government on Sunday. In a formal statement, laced with barely concealed disdain and bitter sarcasm, South Africa launched a highly unusual barrage of criticism at Nigeria.

The statement began by noting that Nigeria's summoning home of two senior diplomats would normally be done to express "outrage" at the actions of another government. "It is only Nigeria that has taken this unfortunate and regrettable step," it said. "If this action is based on the incidents of attacks on foreign nationals in some parts of our country, it would be curious for a sisterly country to want to exploit such a painful episode for whatever agenda."

It added: "We will raise our concerns through diplomatic channels with the new administration that will assume office in Nigeria next month."

The statement gave the impression that South Africa had been biting its tongue for years, trying to restrain itself from denouncing Nigeria's handling of past problems. It cited the Boko Haram rebellion in northern Nigeria, along with the collapse of a church building that killed scores of South Africans last year. It congratulated itself for not condemning Nigeria over both crises, but made clear its unhappiness.

"When 84 of our citizens perished on Nigerian soil, we did not blame the Nigerian government for the deaths and the more than nine-months delay in the repatriation of the bodies of our fallen counterparts, or for the fact that when these bodies eventually returned, they were in a state that they could not be touched or viewed as required by our burial practice," the statement said.

In a final pointed jab at Nigeria, it concluded: "We shall continue to support and not blame the Nigerian government as it battles to deal with Boko Haram."

Just to reinforce the point, South African foreign ministry spokesman Clayson Monyela tweeted the blunt statement to his followers, and then described it as "probably the strongest statement I have ever had to write."

Yet this was only one of many disputes between Nigeria and South Africa in recent years. Nigeria was angry that South Africa seized $9.3-million in unexplained cash from a Nigerian airplane when it landed in South Africa last year. (The money had apparently been intended to buy weapons to fight Boko Haram.) Nigeria also protested the depiction of its citizens as drug dealers and criminals in a film, District 9, by a South African filmmaker. And the two countries squabbled again in 2012 in a dispute over the deportation of 125 Nigerians because of fake yellow-fever vaccination cards.

Much of this is a reflection of the power struggle between the two African giants. The battle for the African Union chairmanship was one example. A potential battle for a spot on the United Nations Security Council, if Africa is granted a position, is another point of friction. Nigeria also resents the favouritism displayed to South Africa by many international leaders, including U.S. President Barack Obama, who has visited South Africa but has never visited Nigeria.

A partnership between the continent's two leading powers, rather than rivalry, could be a major step toward bolstering Africa's geopolitical influence and economic well-being. But so far there is little sign of this happening.

Fallout from attacks on foreigners spreads to South African businesses
May 12, 2018 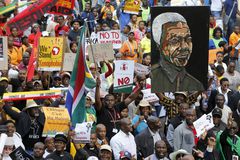 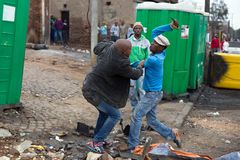 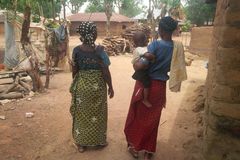