The Aga Khan is more than spiritual leader to 15 million Ismaili Muslims. Well-read, well-travelled and well-connected, he is a voice of reason globally and an effective bridge between East and West, Islam and secular. He has the ear of world leaders, and through the extensive development network of his foundation, an understanding of the poorer parts of the world.

I spent an hour with him Friday (you can read the interview here) and came away with these observations:

1. The Sunni-Shia divide will dominate the decade ahead for the Middle East. The divisions are greater today than at any time in the past few decades, and will consume the region. Syria and Iraq remain the gravest challenges. "It's not one country called Ireland," he said. "It's nine countries. That's a lot of countries. So we have a serious problem there." Each country will have to sort out its internal tensions, and few are doing that well as rival groups generally believe they can win, usually by armed force. One hope lies in Tunisia, which pursued constitutional reform to bring together secular and religious parties. In the end, 80 per cent of the population agreed that the religion of the state would be Islam but the government would be secular. That will be harder under dictatorships such as Syria's, as every major group believes it can win an armed struggle.

2. The West needs to develop its ability to deal with religious parties, in opposition or government. This will be a particular challenge in Gaza, where Hamas exerts power; Egypt, where the Muslim Brotherhood will at some point be a force again; and Afghanistan, where offshoots of the Taliban will hold some sway. The Aga Khan says such parties can cross a line, as was the case with the Brotherhood in Egypt, abusing their power to institute a version of theocracy. But they cannot be ignored or isolated, as they represent elements of the population and are essential to the functioning of society. "In the Muslim world, that is particularly complex because faith and world are not separated. Where we have political parties that are faith-based, they are part of the real world. They are not only theocratic parties. They actually act in civil society, and the Muslim Brotherhood in Egypt is an example."

3. Iran needs to be engaged, not isolated. While he does not criticize the Harper government for its strident approach (closing our embassy, for instance), he suggests we should be talking with Tehran. One reason is the Iranian people have successfully pushed for change, and elected a more moderate government. True, supreme power rests with the mullahs, as has been the case since 1979. Nuclear concerns may also undermine all else. But the new government is one that the West should be open to, in part because so many civic groups have pushed the country forward, inch by inch. Talk is better than the alternative.

4. China may be the young century's great wild card. He has watched Beijing transform development in Africa, largely in a positive way. But few seem to understand where China is going with its foreign policy. "I think we have a situation where new megapowers are coming up on the world screen. I'm thinking of China, and, from my point of view, predictability is a problem. If you're looking at the global map and you're asking what's ahead, I find predictability with respect to China quite difficult. Their policy toward Africa has been very supportive. I don't know where that will go in the next 10 years."

5. International development is working. Lots of problems, but more success. The big difference remains education. Get education right, and everything else is easier. Market-based economics is the other big factor. "I see more rational foundations. If you go back to the '60s, how often could you have a rational debate about development? Everything was forced into ideology, into dogma. That's not there anymore."

6. Parks are a good way to bring people together, especially from different faiths, languages and cultures. It's why his foundation has spent millions on green spaces in Cairo, Kabul, Delhi and other cities. Toronto is its latest focus, with a green space set to open this summer in the midtown district of Don Mills, an area marked by shopping malls, apartment blocks and industrial strips, but not grass.

7. Commercial banks are critical to successful immigration programs. Many immigrants arrive with little in the way of financial assets, and no credit rating, leaving them in the hands of informal money lenders or shady financial operations. When tens of thousands of Ismailis fled East Africa in the early 1970s, the Aga Khan arranged with a handful of Canadian banks to lend money to the newcomers, for homes and businesses. Most immigrant communities don't have that kind of guarantor, but the principle is important – a financial footing is essential for a social footing.

Aga Khan: ‘Without a doubt, I am seriously worried’ about the world
March 1, 2014 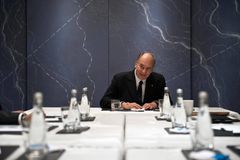 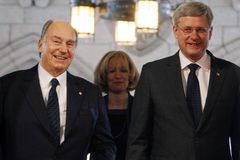 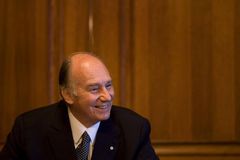 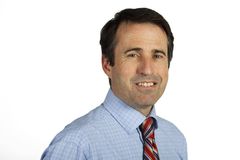 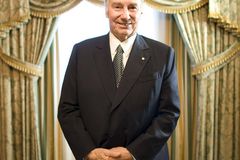