Just two weeks ago, in the Throne Speech that set out his agenda, Prime Minister Justin Trudeau repeated his election pledge that Canada will boost its support for the United Nations peacekeeping operations that were long-neglected under the previous Conservative government.

His resolve is about to be tested. Civilians are dying in brutal violence in Burundi and South Sudan, with no end in sight, and they desperately need soldiers to protect them. Without military intervention, more atrocities are looming.

In South Sudan, where war has raged for two years now, there is already a UN peacekeeping force – with just a dozen Canadian soldiers serving on it. The peacekeepers are severely understaffed and underfunded. They struggle to protect the 185,000 civilians who have sought shelter behind the fences of their military bases, and they lack the resources to protect the millions of civilians outside those fences.

In Burundi, where at least 400 civilians have been killed since a political conflict began in April, the African Union is planning to deploy a protection force of 5,000 troops, with the UN's approval. The UN has warned that Burundi is on the brink of full-scale civil war. Some observers have even warned of the threat of genocide.

The war in Syria might overshadow these countries and push them to the margins of the global spotlight, but these African crises are within Canada's ability to help.

In both countries, the peacekeepers need exactly the kind of military assistance that Mr. Trudeau has promised to provide to UN forces to reverse the neglect of the past. Under the Stephen Harper government, Canada contributed less than 120 personnel to UN peacekeeping forces worldwide, and Canada ranked just 66th in the world in its support for the blue helmets.

In his election platform, Mr. Trudeau said he would make "specialized capabilities" available to help UN peacekeepers "on a case-by-case basis." He gave some specific examples: engineering support, mobile medical teams and "aircraft that can carry supplies and personnel."

He also promised this: "To help the UN respond more quickly to emerging and escalating conflicts, we will provide well-trained personnel that can be quickly deployed, including mission commanders, staff officers and headquarters units."

These are precisely the kinds of resources that are badly needed by peacekeepers in Africa. The world's five largest UN peacekeeping operations are in Africa. Of the 20 biggest contributors of peacekeeping troops worldwide, 13 are African countries. Yet they are hobbled by a lack of proper equipment and resources.

There is growing evidence that the UN and African Union peacekeepers are not doing enough to protect African civilians. "Too often, we have witnessed peacekeepers stand by in the face of violence perpetrated against the civilian population," said Rose Gottemoeller, the U.S. Undersecretary of State for Arms Control and International Security, in a speech in Johannesburg this week.

She gave the examples of Mali and Central African Republic, where African peacekeepers were deployed without proper resources. "Many of the contingents deployed without the equipment, training and logistical support they needed to implement their mandates effectively," she said.

The African Union has not yet disclosed any details of its protection mission in Burundi, except that it would include up to 5,000 troops. But on the basis of past experience, the mission is likely to be under-equipped and under-financed.

In South Sudan, meanwhile, Canada does provide a small contribution to the UN peacekeeping force – a few million dollars annually, plus a dozen soldiers – but it could do a lot more. Reports from South Sudan have described horrific scenes of massacres, revenge killings, mass rapes, torture, abductions and entire villages being burnt to the ground. Canadian doctors, heroically trying to save the victims, have been among those killed.

The UN decided this week to reinforce its 12,000 personnel in South Sudan by sending an additional 1,100 peacekeepers, equipped with surveillance drones to monitor the conflict. That's a start, but it's not enough to protect the thousands who are still dying. Nobody knows the death toll in South Sudan's war, but it was estimated at between 50,000 and 100,000 last year and has surely climbed sharply since then.

Médecins Sans Frontières (Doctors Without Borders) is one of the few organizations with a presence in South Sudan's most war-ravaged regions. It says there has been a "complete and utter protection failure" by the UN troops in Unity State, one of the worst-hit regions.

Outside of the military bases themselves, "there is a lack of effective protection, and big protection gaps still remain," MSF said in a statement this week. "Civilians urgently need protection from the unprecedented levels of violence."

Another group, the International Refugee Rights Initiative, said this week that the UN peacekeeping force in South Sudan is "woefully inadequate when compared to the needs of the population."

Roméo Dallaire, the retired Canadian lieutenant-general who commanded UN troops in Rwanda during the 1994 genocide, is among those who believe Canada can do more in South Sudan. He says the UN peacekeeping force is hampered by a lack of aircraft, rapid-response teams and analytical staff.

After its lengthy Afghanistan military experience, Canada has many of the "critical resources" that the UN needs in South Sudan, Mr. Dallaire wrote in a commentary this month. "It would be an utter waste to let these resources atrophy."

African Union to send 5,000 troops to Burundi on ‘prevention and protection mission’
May 16, 2018 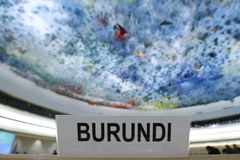 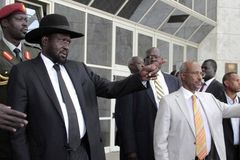