Colin Robertson
Special to The Globe and Mail
Published March 13, 2014 Updated May 12, 2018
For Subscribers

It's taken a while, but Bruce Heyman is finally the U.S. ambassador to Canada. His nomination, leaked last April, announced in September, considered by committee in December, was confirmed Wednesday night by the U.S. Senate.

The U.S. ambassador occupies a singular place in the Canadian establishment. More than first among equals in the diplomatic community, the position is closer to that of a senior member of the cabinet. Arguably, the ambassador is better known and recognized than most cabinet ministers or premiers.

The ambassador's calls, even to the prime minister, will be quickly returned. Every pronouncement is pored over for meaning and reported by the media, and the U.S. envoy is one of a handful of diplomats to travel with RCMP security.

The U.S. Embassy, now on Sussex Drive, once faced Parliament (its empty shell was to house our stillborn Portrait Gallery). The U.S. residence, in elegant Rockcliffe Park, overlooks the confluence of the Ottawa and Gatineau rivers. The ambassador's Fourth of July party – the yards can accommodate several thousand – is the social event of the season.

Mr. Heyman succeeds fellow Chicagoan David Jacobson. Like Mr. Jacobson, Mr. Heyman raised a lot of money for President Obama. He is not a professional diplomat but rather a friend of the president, like his predecessors.

From a Canadian perspective this is a good thing. Whatever knowledge U.S. ambassadors lack in the niceties of protocol, they quickly learn and more than make up for in political acumen and access.

We want an ambassador who can pick up the phone and get an answer in the White House. Mr. Heyman's predecessors – Governors Jim Blanchard and Paul Cellucci, South Carolina House Speaker David Wilkins, Gordon Giffin, and David Jacobson all had that capacity. They were also problem solvers.

They best developed a strategic approach – the Canada-U.S. Partnership (CUSP), for example, that was aimed at greater integration while acknowledging two very different sovereignties. It provided the intellectual base for the Smart Border Accord. Today's Beyond-the-Border finds its roots in CUSP.

Success depended on a low-key style, mastering the files and consummate networking. This means regular trips across Canada. Ottawa, like Washington, operates in a bubble and is not representative of the country.

Another rule for success: Spend time with the premiers. In the Canadian system, they combine the role of both governor and senator. The first 'défi' for a new ambassador: read President Clinton's speech on federalism.

When personalities click, as with Mr. Jacobson and Gary Doer, the two ambassadors are our quarterbacks in the field. Their playbooks are different but their goal is same: good relations with no surprises.

In his December congressional hearing Mr. Heyman said his "number one mission" in Canada is to expand the U.S. "economic footprint." He promised to make IP a priority, declaring that "American ingenuity is our special sauce … the core of what American institutions depend on to compete globally."

The Keystone XL pipeline "process," as Mr. Heyman termed it, dominates and poisons the relationship. The six-year "process" may well be punted again because of the November midterms. Meanwhile, the oil flows south – by truck, train and existing pipelines.

Mr. Heyman acknowledged there is "still much work to do" around the beyond-the-border and regulatory reform initiatives. Both need a boost from leaders if they are not to slide into irrelevance.

While much of the agenda is set, there is opportunity for personal initiative. For example:

• Secure the funds for the Detroit customs plaza. How serious is the Obama Administration if, in a $3.9-trillion dollar budget, it can find $216-million for modernization of San Ysidro, the busiest U.S. commercial port of entry, but not $250-million for Detroit – the busiest trade corridor in the world?

• Revitalize the Canada-U.S. energy dialogue. Take up Prime Minister Harper's offer, reiterated in Ambassador Doer's letter, to "work with the United States on a regulatory regime that will bring our emissions down." Keystone XL has sucked too much oxygen and chilled the relationship.

After he presents his credentials to Governor General Johnston, Ambassador Heyman will have position and place to influence the course of Canada-U.S. relations. Performance will determine his standing.

What a former U.S. envoy can teach Heyman about how to make friends and influence people Subscriber content 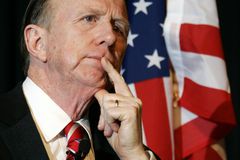 Not having a U.S. ambassador in Canada is hurting business in both countries Subscriber content